With the completion of the swimming pool in 1986, serious swimming was introduced. Initially there were no awards of Colours and Lions. However by 1988, swimmers took part in Zonal and All-Island Competitions.

In 1990 Trinity entered the National Schools Games and outstation meets. Hence awarding of colours was initiated.

In 1991, college was ready with strong swimmers to contest in the novices meet.

Swimming became an integral part of education at Trinity. It was taught from an early age at kindergarten. A swimming period was allocated from grade 1 to 5 as part of the student's co-curricular activities.

In the years to come, swimmers took part in various traditional meets and swimming and diving championships such as

Age groups at present that take part in tournaments are as follows:

In the year 1991 A Wickramaratna established a new record at the Outstation School Championship.

In 1999 H.T.A Perera and S.DE Silva were selected to represent the Sri Lankan team in International Tournaments.

In 2005 following members were selected to the SAAF pool.

In 2008 and 2009 Heshan Bandara Unamboowa, Captain 2010, Lion, Olympian brought honour to Sri Lanka and Trinity College by winning a medal at the Asian School Swimming Championships for the 1st time in Sri Lanka history.

He won the Best Sportsman award for the year 2011, at the National School Colours Award Ceremony.

In 2018 there were notable achievements at all Island levels. H.O.C.Hiripitiya, T.K.Karunathilake, M.Jayasinghe won the Central Province Colours. 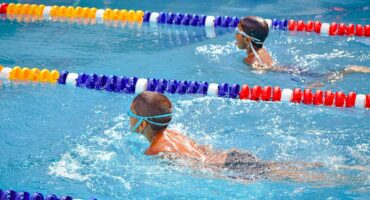 The thundering roar of the immensely enthusiastic young fans and the fanatic parents came to a sudden halt. For a breathtaking second, the Trinity Swimming Complex was swept with a wave of silence. The whistle blew breaking the spell of silence as the swimmers leaped into the still blue waters. The Inter-House Meet for the 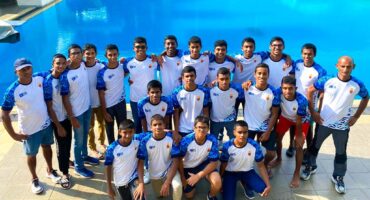 The Trinity College Swimming Team has well and truly found its footing once again in the schools swimming arena. The team took part in the National School Games which was organized by the Ministry of Education and brought glory to College in the form of a number of medals. The meet was held from the 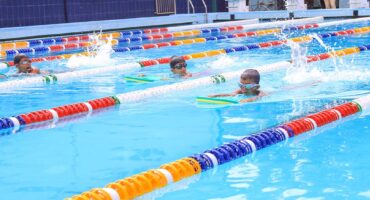 Kindergarten Swimming Meet in full flow after a long break

The Kindergarten swimming Meet was held on Friday 30th of September 2022. All the students were very enthusiastic from the beginning and they were able to show their best skills. The event started with a mind-blowing dance. The meet was special because it was the first swimming meet held after a long break caused by 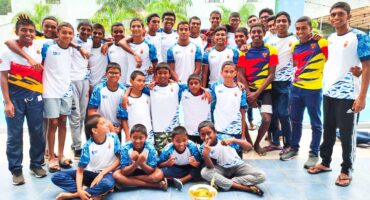 We are delighted to announce that the Trinity College Swimming Team emerged champions with 362 points at the Central Province National School Games Meet, held at Digana Sports Complex from the 10th and 11th of October 2022. Trinity became overall champions in the Under 14, 18 and 20 age categories and runners up in the 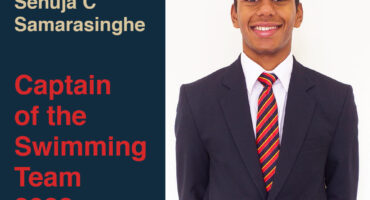 We are delighted to announce the appointment of Mast. L.S.C. Samarasinghe as the Captain of the Trinity College Swimming Team for 2022. Trinity Family wishes Senuja and the Team all success. Principal 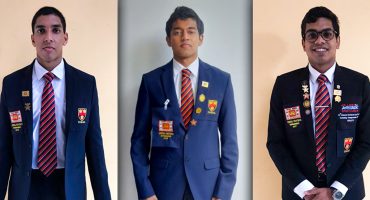 Central Province Colours were awarded to three Swimmers from Trinity, A. I. S. Dikdeniya, V. I. Bogaswatte and T. K. Karunathilake for representing the provincial swimming team. They achieved 1st, 2nd and 3rd places at the National Sports Festival in 2019, which was held at the Sugathadasa Swimming Stadium. Achievements A.I.S. Dikdeniya 200M breaststroke –