Unlike the Local Advanced Level where the students sit for one examination at the end of their course of study, the International Advanced Level subjects are split into units and their respective examinations can be taken within a period of two years according to the British syllabi.

Trinity College Kandy offers the students a choice of examination streams; Science, Mathematics, Commerce and subjects in Arts & Humanities in the Edexcel board. The first year is known as the "Advanced Subsidiary (AS) Level" and the second year is the "Advanced (A2) Level". Mathematics and Science subjects consist of 3 units in each year, whereas Economics, Business Studies, Literature in English, Sociology, Psychology, Politics, Geography and Art & Design have two units each year. Accounting and Law has one unit each year.

If you have any questions or want further information, please complete and submit the form below. Our admissions team will be in touch with you within 24 hours.

Accounting is a language for all businesses and it is the intention of this subject to teach you to how to understand and be able to communicate in it.

During the course of your studies of this subject you will read about and work through various aspects of accounting. You will understand that its main purposes are to measure, analyze and communicate transactions.

As Accounting is one of the key functions for almost any business ,the reports generated by various streams of accounting, such as cost accounting and managerial accounting, are invaluable in helping management make informed business decisions.

Accounting today is one of the most high-tech, cutting-edge professions out there, making advances in realms ranging from Big Data analytics to cloud computing to block chain technology. Accountants are the professionals who make sure that the money of corporations, governments, organizations, and individuals are being used well, and that means that, as long as there's money, accountants will be indispensable.

The above units will be externally assessed during modular assessments, offered at different times of the year. In the units 3 & 6, students gain the knowledge to perform 18 core practicals and additional, related experiments.

Edexcel AS/A2 level Business is designed to develop the skills and approaches you may need, in a variety of contexts, when making business decisions. It develops an analytical, rigorous and critical approach to the decision-making process and to your studies of business.

It does not provide a step-by-step guide to how to be 'good at business' as there is no simple set of rules that can be applied in all contexts that will always be successful. It is possible that different approaches may be used by different people in business and there may be disagreement about which approach to take.

Business is integrated and different areas of business are interdependent. There are links, for example, between what is being produced and the funds available to pay for it (production and finance) the selling of the product and ethical considerations (marketing and ethics) the type of business and many aspects of its operations.

Chemistry is the study of matter and energy and the interaction between them. There are many reasons to study chemistry, even if you aren't pursuing a career in science.   Chemistry is involved in the creation of all man-made objects and things. So everything you touch throughout your lifetime is touch by chemistry.

The Pearson Edexcel  International AS and A Level  in  Chemistry  are  part  of  a  suite  of  International Advanced  Level  qualifications  offered  by  Pearson.  It  covers  the  major  topics  in chemistry,  including  molar  calculations,  structure  and  bonding,  energetics,  rates,  equilibria, Group  chemistry,  transition  metals  and  a  range  of  organic  chemistry;  as  well  as  associated experimental  skills.

Following are some chemistry based bachelor's degrees that the students can pursue:

Career opportunities within science and technology are seeing unprecedented growth across the world, and those who study chemistry or another natural science at university now have increasingly better career prospects.

Those who study chemistry go on to do many exciting things in a whole range of industries. Notable chemistry graduates include former prime minister of the United Kingdom Margaret Thatcher; famous novelist, Kurt Vonnegut (who wrote Slaughterhouse-Five and Cat’s Cradle); NASA astronaut Story Musgrave; and Marie Curie, the pioneering scientist behind the theory of radioactivity.  Basically, the possibilities for chemistry graduates are endless.

The aims and objectives of these qualifications are to enable students to:

Progression:
Students can progress from these qualifications to:

With three different awards available, Mathematics, Further Mathematics and Pure Mathematics, the qualification is designed to be studied over two years, with the option of a one-year AS level course. Results of the IAS qualification can contribute to the overall IAL grade.

Content:
The content is relevant for learners who want to study this subject at a higher level and includes a variety of topics, including IT systems, coding for the web and relational databases.

Physics falls under a broader category of Science. Science is divided into three areas namely Biology, Physics and Chemistry. The main objective of these subjects is to study and try to understand the universe and everything in it.

Physics is the branch of science which deals with matter and its relation to energy. It involves study of physical and neutral phenomena around us. Examples of these phenomena are formation of rainbow, occurrence eclipse, the fall of thing from up to down, the cause of sunset physics as a subject is divided into six board branches as discussed below:

Physics relates strongly with mathematics, biology, chemistry, geology, geography and technology.  Some areas of technology that requires knowledge of physics are:

Studying psychology is very useful for anyone. First, it can help every individual to understand how their own mind works, which will be beneficial for excellence in personal life. Then it will be helpful to have an effective interaction with the family and the society. No matter what the career field a person chooses, it will require to interact with humans in the working environment. Therefore, knowing psychology will be a biggest advantage for anyone which will help them to do the job very successfully.

The remarkable aspect of psychology as a study area is that, it can be learned easily by a person who is in any stream. Therefore, irrespective of the core study area a person chooses in Edexcel, having psychology as a subject will give them a competitive advantage than others. 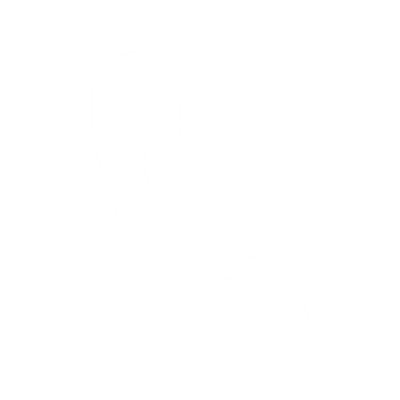 What students say about International Qualifications

Former IQ Student
“The International Qualifications Section at Trinity gave me the best of two worlds – an internationally recognised qualification while continuing to study at one of Sri Lanka’s oldest and most prestigious schools. A modern education in a school steeped in history and tradition, with the range of extracurricular activities that such a school provides. I found the teachers in the International Qualification Section to be very committed and the course content quite stimulating. I am so glad that I chose to join Trinity’s IQ section after completing my Sri Lankan O Levels.”

Former IQ Student
“I was able to obtain an ‘international school’ education without having to lose out on the values that Trinity instills. And the unique modular examination structure allowed me to spread the examination load over two years, unlike with local A Levels where everything depends on a final examination at the end – this enabled me to learn from each assessment and finetune my exam approach as I went along. My IQ teachers were dedicated. The syllabus encouraged curiosity and creativity rather than tedious memorisation. Those who wish to gain admission to one of the world’s top 100 universities should seriously consider Trinity’s IQ Section.”

Former IQ Student
"I was one of the most fortunate students to have studied International Qualifications at Trinity College Kandy. We had the most qualified teachers to guide us throughout the 2-year period. Individual attention was given to all the students in the class to make sure they were equally ready for the exams with a lot of preparation through self-assessments, unit exams and term exams. The building for the IQ section gives a very calm and suitable environment for studies. We had very friendly teachers who gave us the freedom to express our ideas and views on certain subjects through group discussions. This helped increase our understanding of a subject or a lesson and helped in generating more ideas about a topic."
TOP
X