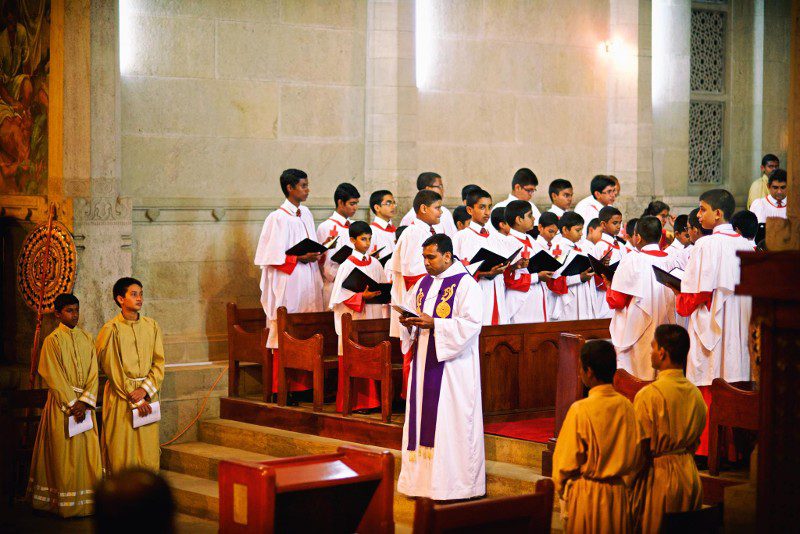 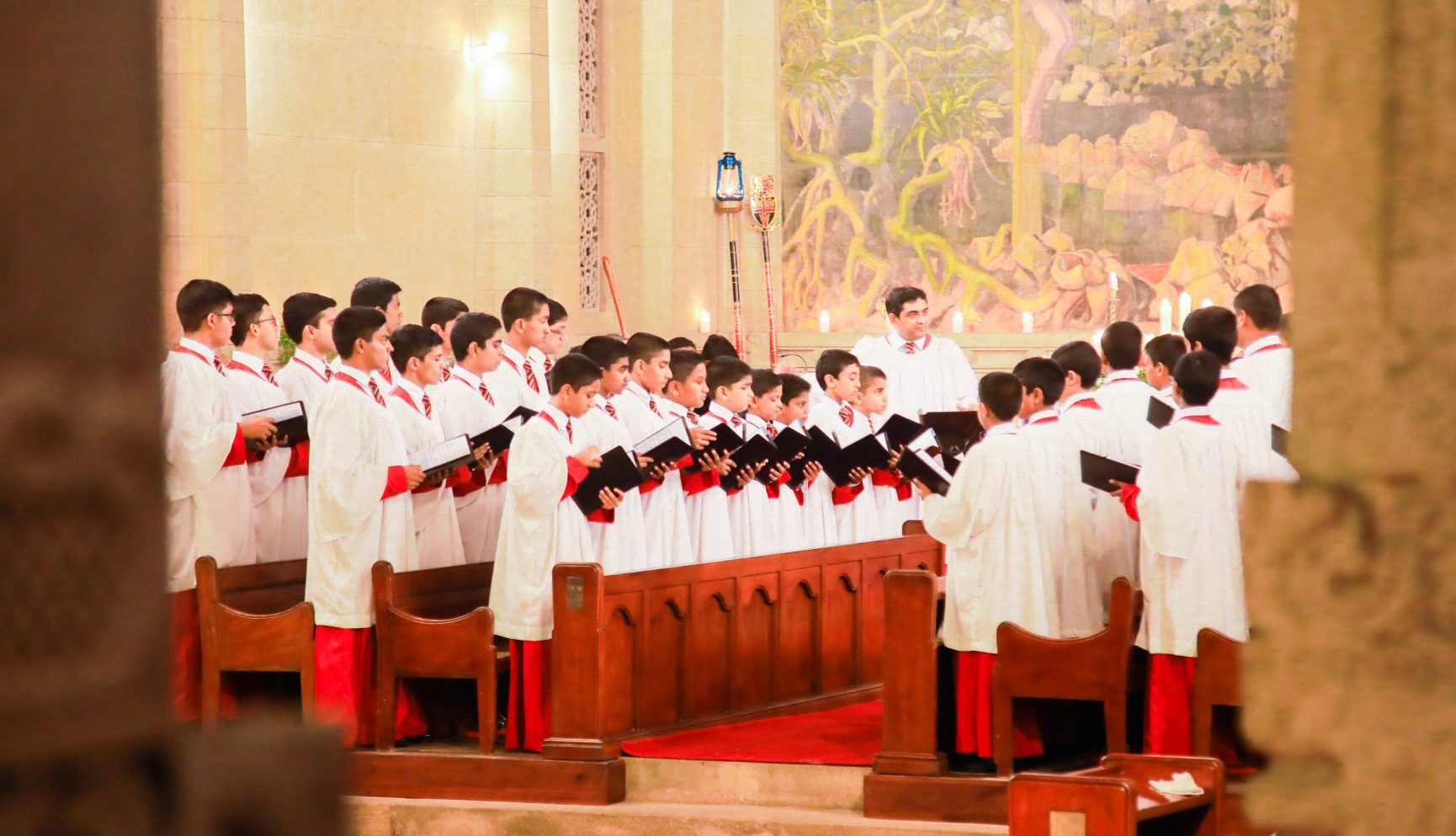 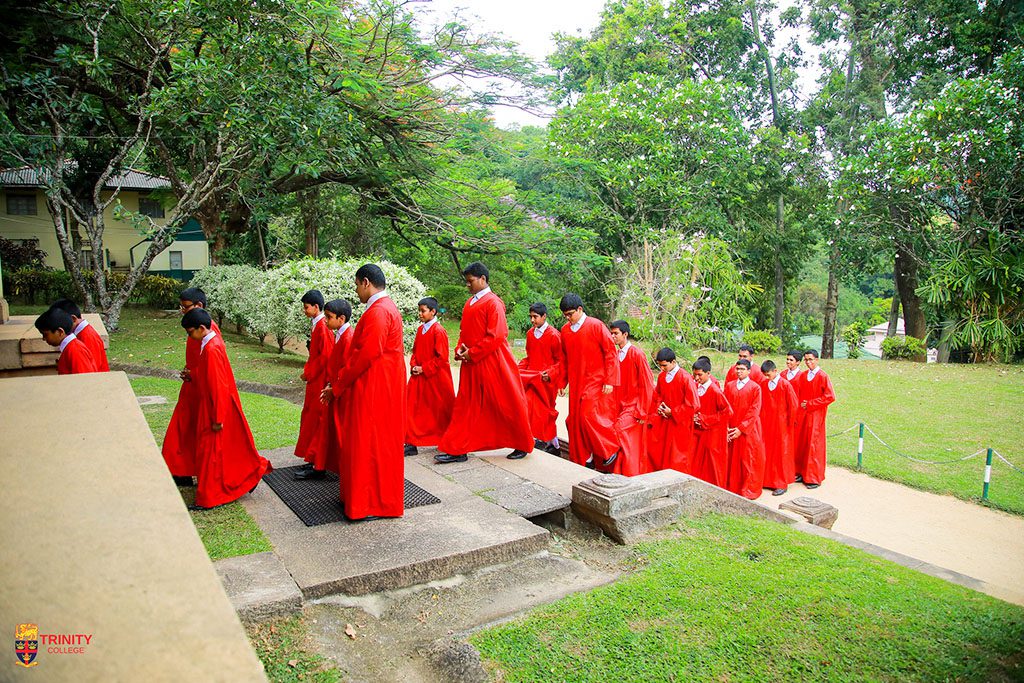 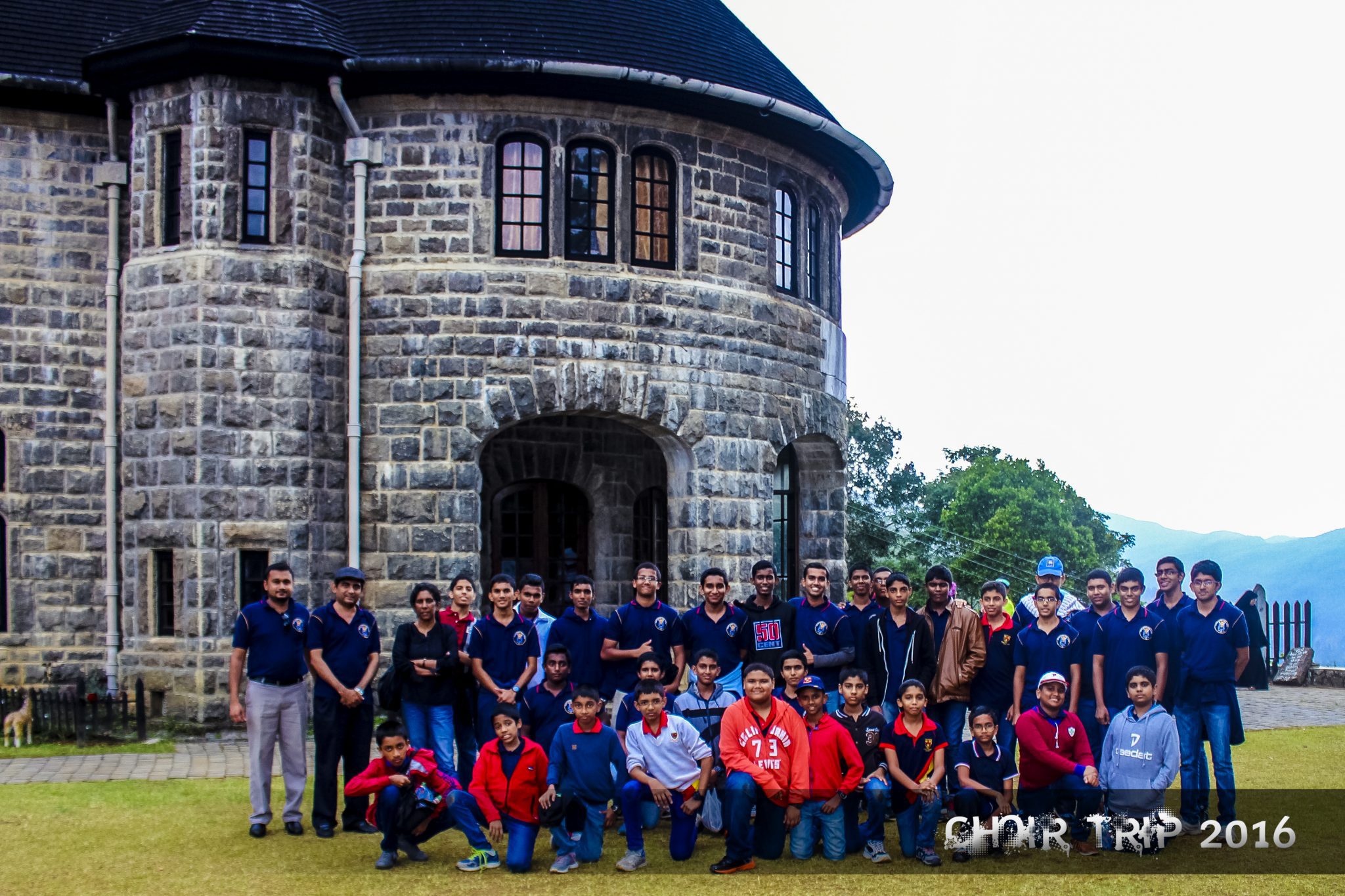 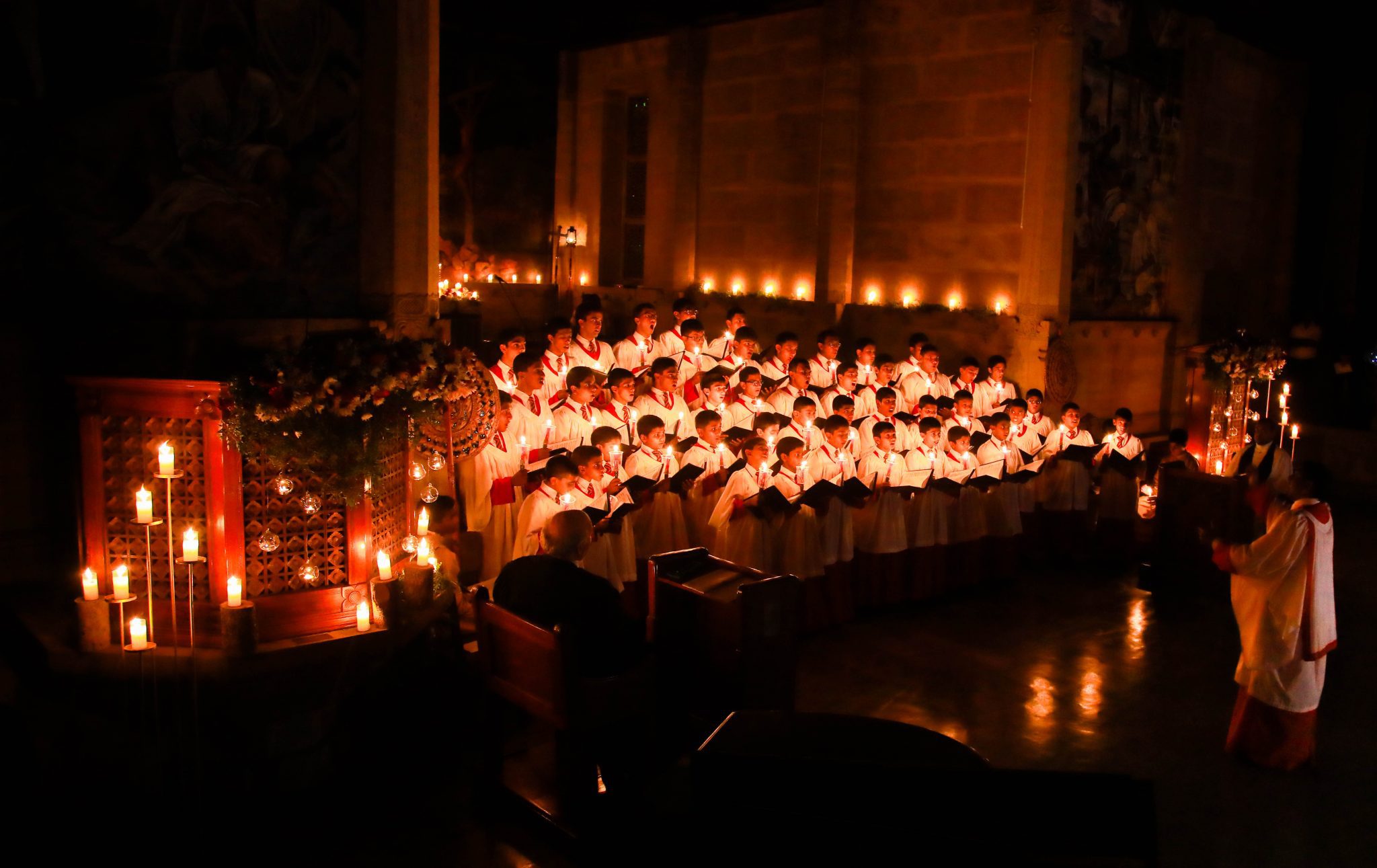 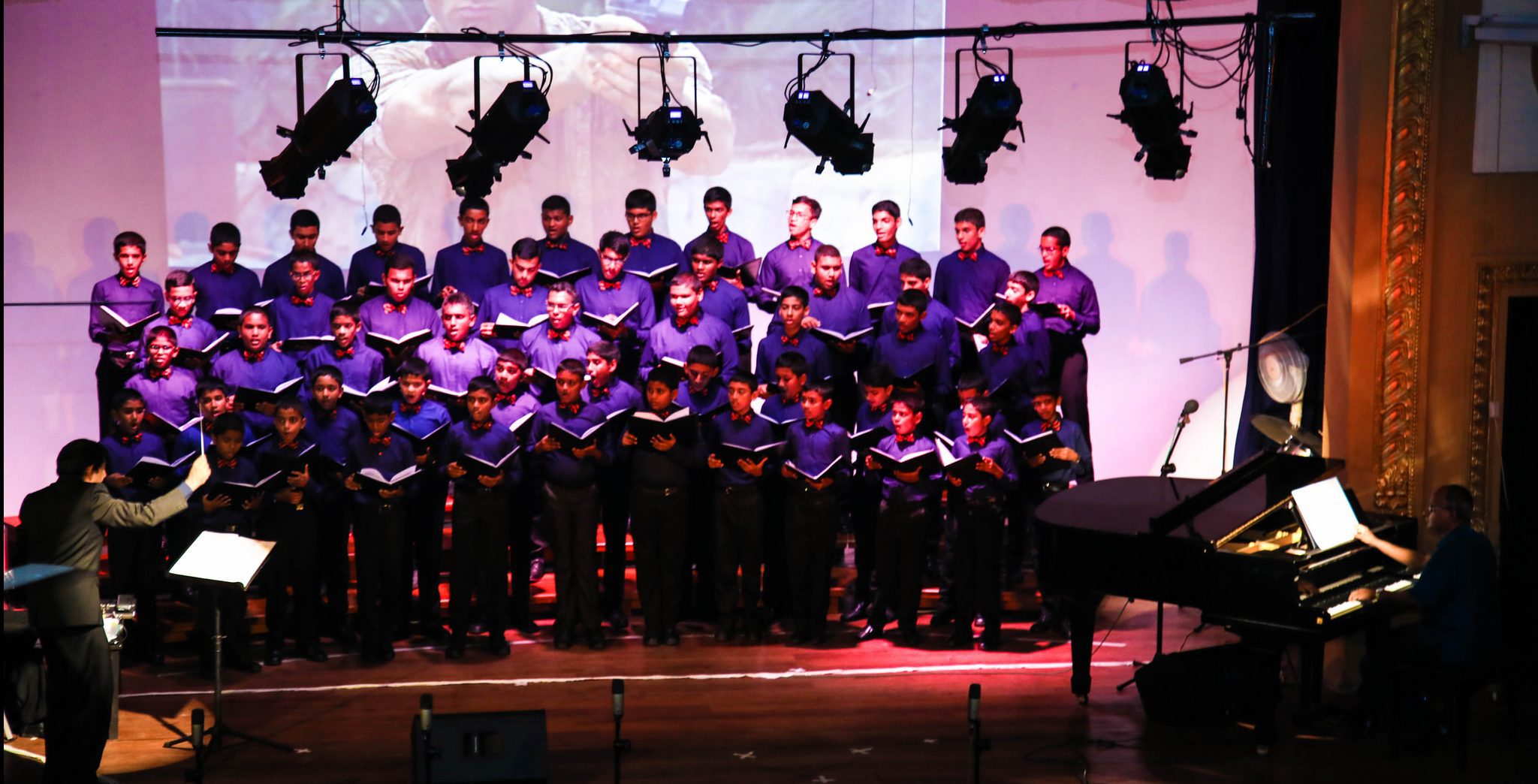 The Trinity College Choir records its beginning from 1872 when Rev. Richard Collins restarted the school, with one of the first four teachers being the Choir Master. This perhaps is significant of the fact that Trinity being a Christian school, worship held a central role. The Trinity College Choir was modelled to the standards of traditional English Public School Choirs and has carried on its rich choral tradition.

The Choir consists of boy students, aged 9-19 years, and performs at both religious and secular events.

The Choir, which is acclaimed for maintaining high standards, has a wide repertoire of music ranging from Classical, Gospel, Jazz, to Pop, has also had joint performances with other reputed choirs and musicians, both national and international.

The Choir is active throughout the year and holds a major event every term in addition to its regular function at worship services and school events. Having a historical record of musical concerts, operettas, broadcasts, and published recordings, it is widely regarded as one of the best choirs of its kind in Sri Lanka. 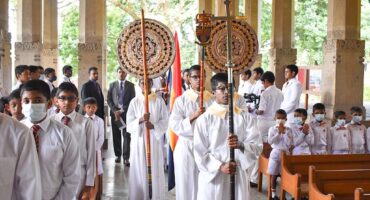 As the Trinity College Chapel gilded with the morning skies on the 17th of January 2023, the Trinity family gathered at the heart of the College to give praise and Thanksgiving on the 151st founders day marking the conclusion of the Sesquicentennial anniversary year of the College. With the pealing of the Chapel bell from 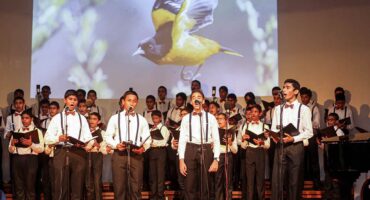 On Saturday the 13th of August, the Trinity College Choir once again took a lucky audience of musicophiles on a musical journey of reminding and minding their music, through time and places. The Choir of Trinity College, Kandy, staged yet another exclusive and spectacular rendition of its hallmark show, “Mind Your Music” this time under 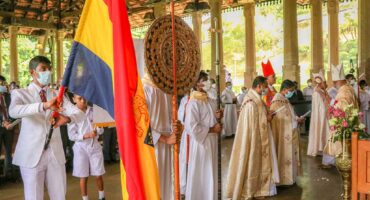 On 19th August 2022, we commemorated 100 Years in Laying of the Foundation Stone of our College Chapel with a special Communion Service held in the Chapel at 08.00am. The Service was graced by Rt. Revd. Keerthisiri Fernando (Bishop of Kurunagala and the Presiding Bishop of the Church of Ceylon), Rt. Revd. Dushantha Rodrigo (Bishop 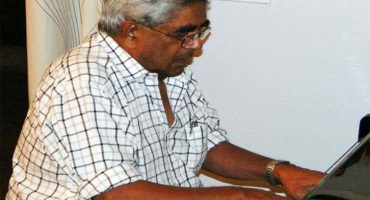 The year was 1966, and a day scholar who sang treble in the Choir and had arrived early for the 6.30 pm practice was standing by the main entrance to the Trinity College Chapel when a man who could not have been more than 15 years his senior, climbed up the steps to the Chapel, 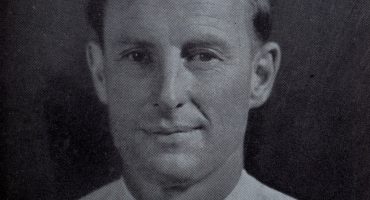 The story of Major Gordon Burrows

“Many believe he was an officer who stumbled upon the halls of this school. On the contrary, he knew where he was going; he was on his way to a fresh adventure, to his first job, as an Assistant Master at Trinity”.  When Major Gordon Burrows and Trinity crossed paths in 1946, Trinity was undergoing many major reformations and changes, such as the Church Missionary 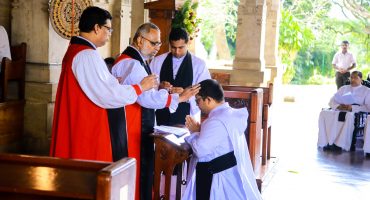 In 1924, when Rev. J. Mcleod Campbell was installed as the Principal of Trinity, there was a ceremonial procession around the Kandy town. Such is the importance of the Installation ceremony of a Principal for the Trinity community. On Friday, 25th of September 2020 Reverend Father Araliya Jayasundara OSB was appointed as the new Principal 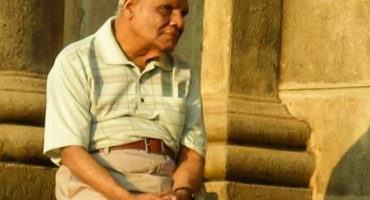 It seems to be the natural thing that we remember the lives of people on their deaths or memorials. Ten years have gone by since the death of Mr Barnabas Alexander. But the life he left behind still continues. When Barnabas Alexander of Trinity College, Kandy died on December 15 2009 he was in his 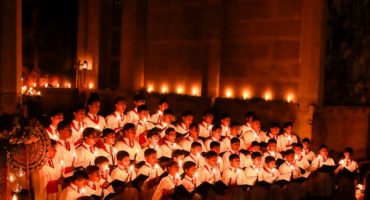 The spirit of sharing at Christmas The Carol Service of Trinity College, Kandy is an event much looked forward to by many every year. The story of the Carol Service, to see how it has come to be what it is today, is fascinating. The most striking aspect is that the basic tradition of the 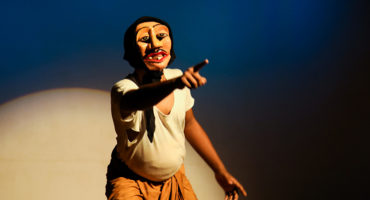 Following their spectacular win at the Inter school Shakespeare Championship earlier this month, the Trinity College Literary Association (TCLA) returned to Kandy to perform for their home crowd alongside several other College societies and clubs by organizing a completely new event: ‘A Cultural Evening at Trinity College.’ The event, held on the 20th of October