The Islamic Students’ Movement was founded in 1970, and since then provision has been made for the Muslim students to pursue their religious activities in a manner that will not affect the founding principles of the school.

Activities of the movement in the early days were organized round important Islam festivals. During the month of Ramadan the movement had arranged for the boarders to fast and to provide the sahar meal and to break fast.

ISM normally met on Tuesdays and Thursdays to discuss religious matters and to listen to talks in the Al-Quran.

Dating back to 1970’s Muslim students were permitted to perform jummah prayers (Friday prayers) at the Meeran Maccan mosque.

The society had also undertaken to distribute prayer books among students and poor people around Kandy.

In 1980, under the guidance of Al-Haj A.R.M Salam the movement organized its “Islamic Day”. It was the most important day for the ISM with dramas and quaseedha, with a large number of parent invitees and students participating. It was also been the practice to invite people well versed in Islam to deliver talks to make the day useful not only to students but also to the Muslim community in and around Kandy.

The Islamic Students’ Movement was established with the prime motive of giving a helping hand for social development.  Towards this end, an ifthar program is organized every year.

The present Islamic students had organized an ifthar on the month of July at the Enduruthenna mosque.

In 2013, the executive committee decided to organize an inner school competition to identify the hidden talents of our own students, and it has been continuing up to date.

The Islamic Students’ Movement organizes an inter-school competition with an acclaimed  participation of over 600 students. Competitions are organized under several subjects ranging from oratory to calligraphy with students of different age categories competing for the top spots.

The AGM is held every year in the 3rd term. It is an occasion which highlights the inborn talents of the Muslim youth with dramas, quaseedhas (Islamic songs), and keynote speeches.

Images of the 2016 AGM can be found on the following Media Units Facebook page.

Images of the 2015 AGM can be found on the following Media Units Facebook page. 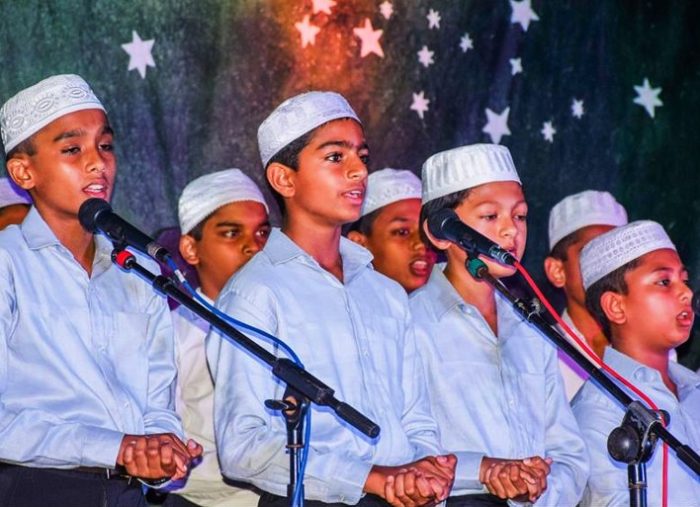 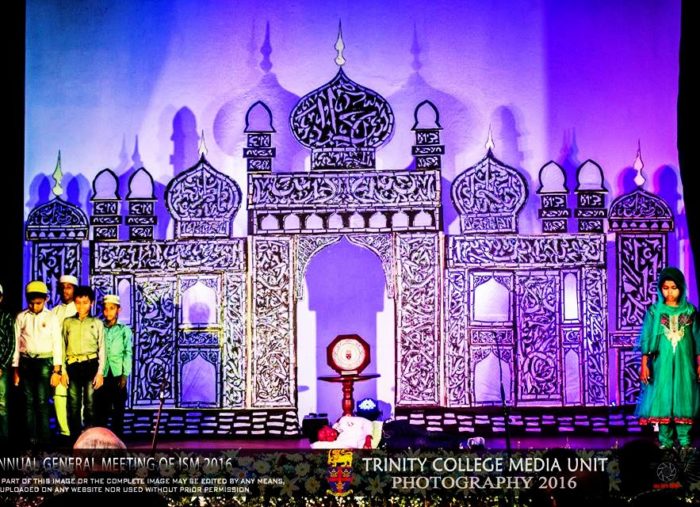 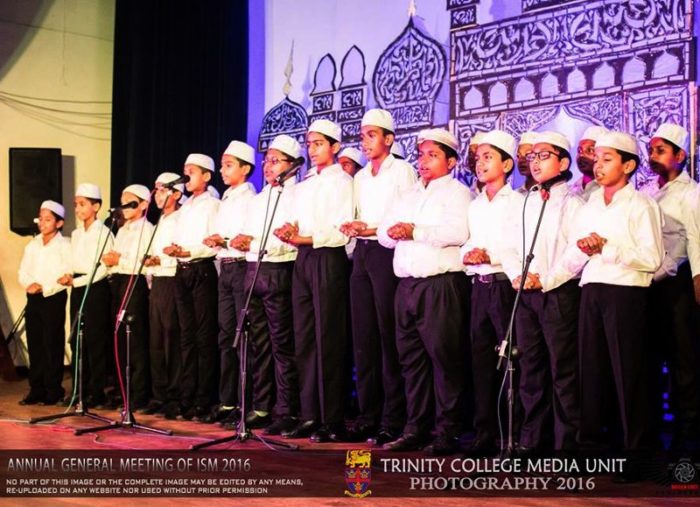