Construction of the Bell Tower commenced in 1965, with the donation of ten slabs by Barney Raymond, an Old Boy.

During the years the tower continued its slow growth and it continually added to the beauty of the Chapel, it was the last construction to be completed.  We have been fortunate to obtain slabs of marble for the grilles of the tower windows and the slow painstaking task of carving the grilles to the same design is remarkable (A task which took a skilled artisan four months for each grille).

The Tower was dedicated on the 8 December 1969, in memory of Rev. Cannon John McLeod Campbell, by Rt. Rev. Lakdasa De Mel, the First Bishop of Kurunegala.

The bell was received from a parish church in Hemsby in 1971.

The Vestry door, leading to the tower, has a door-frame in stone, matching the one in wood leading to the side chapel. Included in the design are the Serapendiya, the scissors flower (Katura mala) and a sequence of lotus petals (pala pethi).

The tower is in three compartments, with the ground floor used as the vestry. The middle compartment is a storage space where spare lamps, roof tiles and other chapel accessories are kept. The topmost compartment is used for the bell,  fixed using four iron bars and a wheel fixed to a roller from which the bell hangs. A rope which drops down to the vestry is connected to the wheel.

Top of the tower is structured to an open view with 12 small granite pillars –  three standing on each of the four corners of the tower. It is interesting to note that the pillars aren’t carved. The ‘pekada‘ (lotus pendent bracket capitals of the Kandyan era) wood pieces fixed to each pillar are also not fully carved. The top of the tower gives a full majestic view of the Hanthana mountain range and Bahirawakanda area. The roof of the tower also includes a plywood ceiling.

The magnificent vestry doors are made of ‘gammalu‘, a timber used only for sacred buildings; this timber was gifted to us by Mr C. Darmaratnam, an old boy of the school. The door handles and the fittings were another gift from an anonymous donor who used the Chapel for worship. The stone around the vestry door has been adorned with magnificent stone carvings of the Kandyan era such as the carving of ‘Kesara Sinha‘ on the lowermost corners of the vestry door, and also the carvings of ‘Hansa‘ above it.

To all intents and purposes, the power and beauty of the lovely tower was ready to be offered to God, a poem in stone for God’s glory. The tower having being completed in 1970, for which Mr C. J. Oorloff was chiefly instrumental in building, was dedicated to Rev John Mcleod Campbell who was the Principal of College from 1924-1935 and is a prominent character in the history of Trinity.

The bell from a church in Hemsby, Norfolk, England

The bell tower having being built in the chapel lacked a church bell which was of grave importance, and so Rev Humphrey Whistler, who was the chaplain during that time told his nephew Rev Humphrey Squire about the College’s need for a bell.

In 1970 Rev Squire visited Hemsby while on a holiday and found three bells on the floor of St. Mary the Virgin parish church which were dated 1660. The vicar told that the bells were never likely to be hung again in Hemsby asked Rev Squire to choose the biggest one of the three which were resting there on the floor. It is said that the parish has given it to us as a ‘missionary present from the people of Hemsby‘.

It is estimated that this bell to be 359 years old.

Following is a recording of the Chapel bell, rung before the start of an evening service: 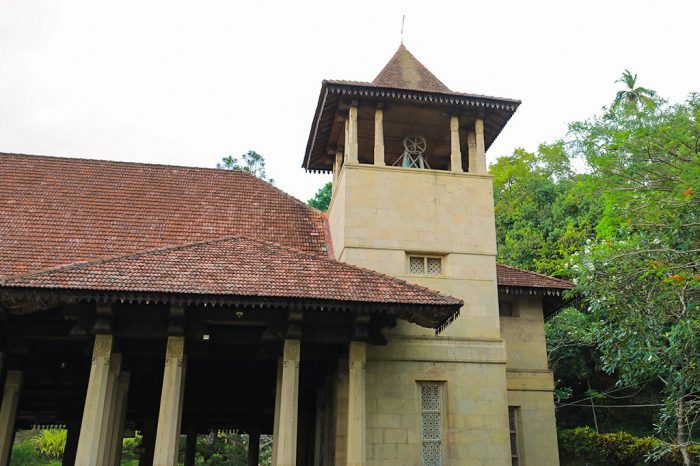 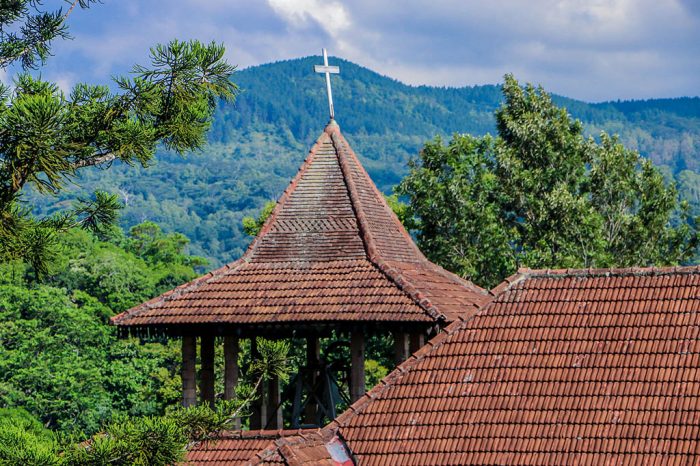 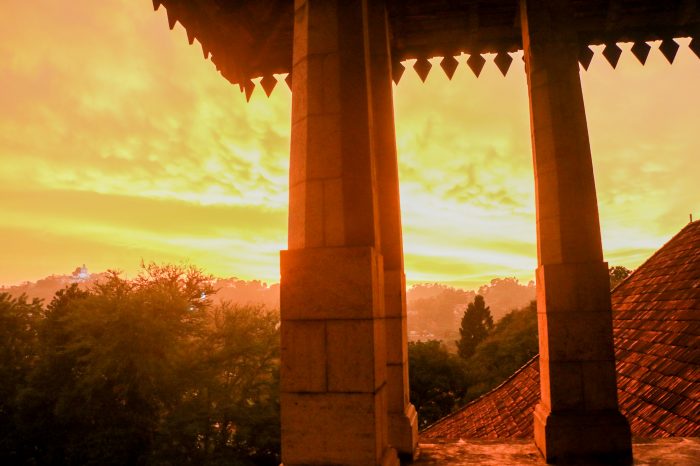 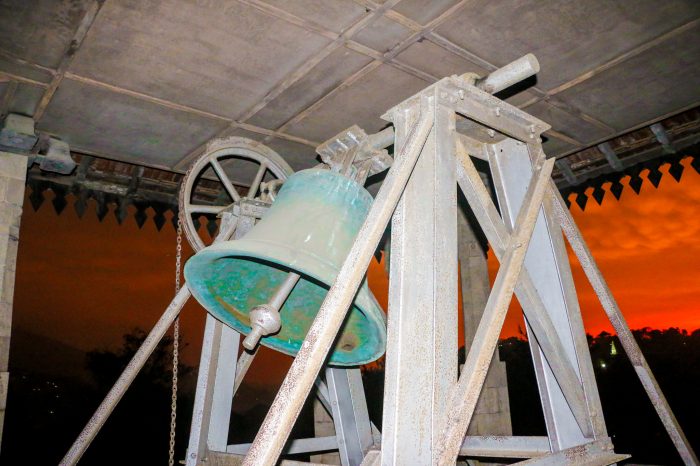