The Construction of the Chapel

When, in the early part of the 20th century the then Principal Rev. A.G. Fraser wanted to have a Chapel for the School, a site which the boys at that time used as a cricket field was selected as the most appropriate.

It turned out to be the most beautiful building site in the College. The construction of the chapel, which commenced in early 1923 and took over twelve years to complete. The Chapel was formally dedicated on 3 March 1935.

The School’s history tells us that there has been much discussion and debate as to design of the new Chapel. Mr. Gaster, the Vice Principal who was a qualified Architect and Draughtsman produced a model for the chapel based on our own ancient architectural heritage. He did in fact prepare all the plans for “a building that had not been attempted for centuries.” He had been inspired by the ruins of Polonnaruwa and the great kings of that past era who were men of vision and purpose.

Mr. Gaster, in a speech made to old boys, expressed his desire to inculcate into the students of Trinity this vision, purpose and the power of accomplishment.

The College had no money whatever but yet set out with the project: building the chapel was indeed a great act of faith, and it took half a century to complete.

There was a dire need for funds and the staff of that time (many of who had come from the UK) went back to their own University Colleges and Schools to ask for donations.  Schools and Colleges in England that contributed the princely sum of Rs 1000 (just 5 Pounds sterling at present conversion rates) or more have their College Crest engraved on the inner face of the pillars.

The Chapel consists of 54 granite pillars, each intricately carved with a different design though they look similar.  They were all individually brought to Trinity from the quarry by elephant. The pillars are capped with intricately carved pekadas made of “gammalu”, described as the hardest hard wood. Artisans, carvers and craftsmen were found from various parts of the country as well as India to undertake this job.

The murals of the Chapel were painted by David Paynter one of Sri Lanka’s most celebrated artists and himself an old boy of Trinity.

One of the staff members closely associated with the construction of the chapel from its inception was K. B. Tennekoon who’s vivid account appears in the Centenary Number published in 1972.

“Actual constructions commenced in 1923 and according to the plans drawn up, the building had to be constructed in granite stone of grey colour from ground level to the top level of the pillars and walls. The stone of required colour and in sufficient quantity was located in Aruppola. This had to be split into blocks 18 feet long by three feet square and each block weighing about three tonnes had to be transported to college after which they were to be dressed and carved. Fifty four such blocks were required for the pillars on which the chapel was to stand.

Above the pillars that were carved by local and South Indian craftsmen are the pillar heads. Timber for this had to be obtained and it came from Mawanella and from Kekirawa. The sawn timber had to be turned into shape by skillful carpenters and wood carvers who did the exquisite carvings of the Pekadas, Pekada beams, doors and window frames in the chapel. The timber work in the college chapel ranks in the same class as the wood carvings that are to be found in the Embekke Devale in the Gampola District belonging to the Kandyan period.

The side chapel was the first to be completed and that was by the end of 1929 and David Paynter who was on the staff of Trinity at that time painted his first mural on its southern wall. The side chapel was dedicated in 1930 as the Chapel of the Light of the World.”

The foundation stone was laid by Foss Westcott, the Metropolitan of India, Burma and Ceylon on 19 August 1922, as part of the school’s fiftieth anniversary celebrations. The original foundation stone of the chapel, was laid in front of the main hall, where the car park now stands and was later moved to the outside wall of the chapel, where it can still be seen today.

Gaster’s drawings allowed for a flat ceiling, like that to be seen in the chancel, and galleries for Choir and organ. Financial and engineering considerations made it difficult for this work to be carried out. Some indeed like the soaring Kandyan roof as it is.

Gaster intended the Chancel to be empty, with no piano or Choir. The Chancel steps do indeed run the width of the chancel; they have been partially concealed to make room for the Choir stalls.

An open church set in such beautiful surroundings is a great inspiration for worship; but it made the congregational singing difficult, and the way around the problem was to accommodate the Choir in the chancel.

Finally, after 50 years of dedicated efforts, the Chapel was completed when the School celebrated its centenary in 1972, due to the untiring efforts of men of vision and faith. They translated their dreams into reality with the help of dedicated local craftsmen who revived ancient Sri Lankan skills not practised on such a scale for literally centuries. They created something inspiring for Trinitians old, young and yet to be born. For all of us, whether Christian or not, the Chapel stands as a symbol of all the core values we acquire whilst at Trinity.

“Almighty Father, we thank Thee for the lives and examples of all who in ages past have lavished riches and beauty upon holy temples and shrines: we thank Thee for the goodly heritage that we owe to builders who thus nobly testified to their faith in Thee and gave token of their loving devotion to Thy Holy Name. Bestow we pray Thee Thy continued blessing upon all who in this place and generation are knit together in the common task and purpose that Thou hast set before them.”

A brief article with more images can be viewed here: Pioneering days of the Trinity College Chapel – images from 1922 to 1935 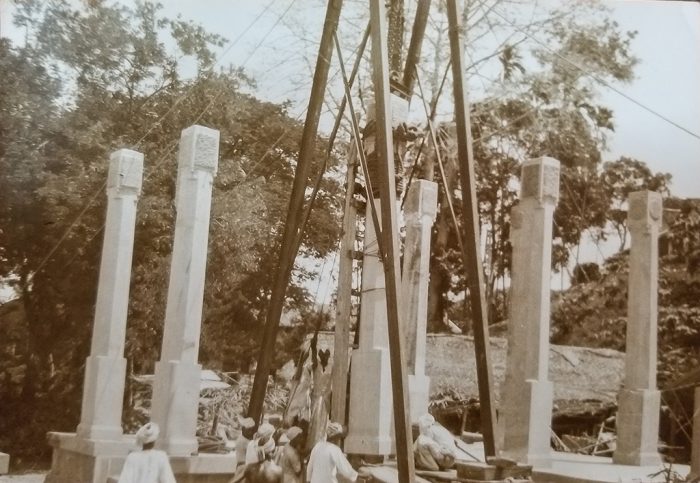 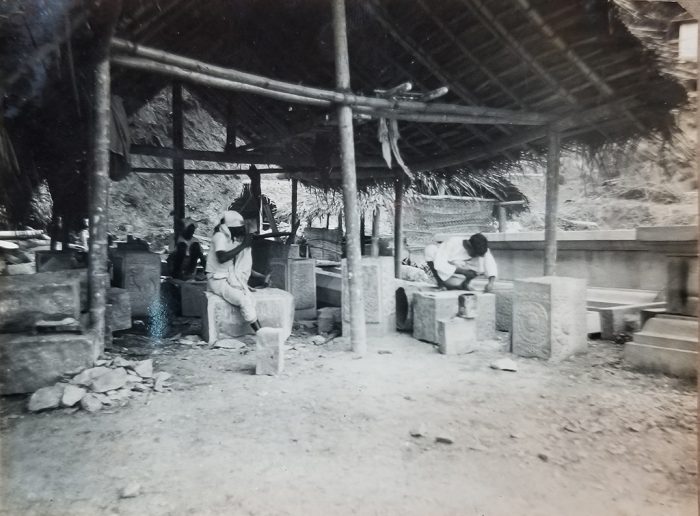 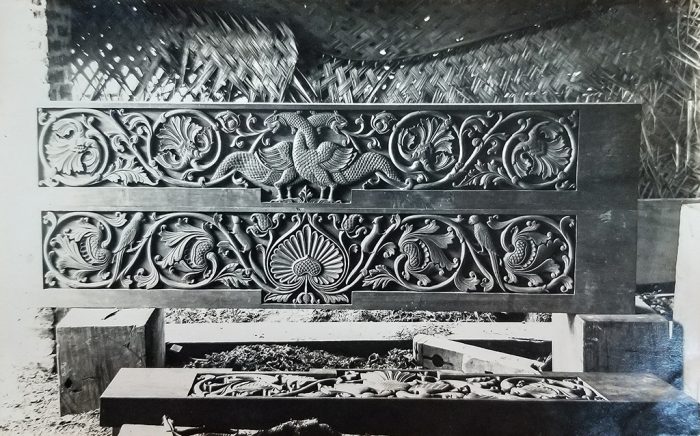 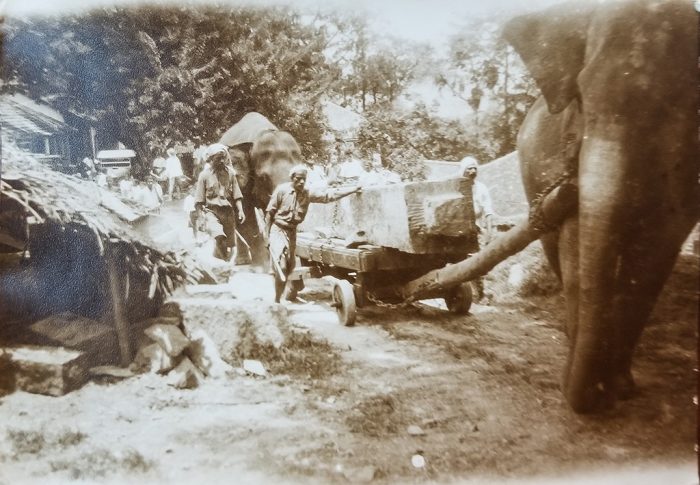