The four murals were the work of the Sri Lankan artist David Paynter, once a member of the staff. Like the chapel itself, they were revolutionary when conceived, in that they portrayed biblical stories a Sri Lankan setting. Apart from the beauty of the paintings in their own right, what makes them particularly unusual is the representation of Christ himself. He is seen as short haired and clean shaven: very Sri Lankan in fact!

This mural was painted in 1928, shortly after Paynter had returned from studying art in Europe. It conveys something of a lush vegetarian characteristic of parts of Sri Lanka which so impressed him on his return from Italy. In it, the mother of James and John kneels before Jesus of Nazareth, who is clothed in a yellow robe, and asks him to give her two sons, standing on either side of Jesus, the chief places in his kingdom.

He offers them instead the way of humility and the privilege of suffering: “Are ye able to drink of the cup that I shall drink?” There can be no crown without a cross. (Matthew 20:20)

In this mural, painted in 1933, Paynter has set the crucifixion, with a beardless Christ on a cross. The backdrop for the crucifixion is a location in north eastern part of Sri Lanka near Trincomalee; the hills of Sri Lanka are too green to suggest the loneliness and desolation of that first Good Friday.

The Man from Nazareth who dies, weighed down by the sin of the whole world, belongs to East and West. The penitent thief on the right is a lad of eighteen; he might be a Trinity boy. He has just heard those wonderfully reassuring words from the lips of Jesus: “Today thou shalt be with Me in Paradise” and he looks up in hope. (Luke 23:43)

Depicting the parable of the Good Samaritan, this mural was painted in 1957, replacing an earlier version on the same subject.

The mural shows a member of a despised race, a Samaritan, goes to the help of a wounded Jew lying by the roadside, after members of his own race and religion (a priest included) have ‘passed by on the other side.’ The love of Christ breaks down all barriers.

The mural was painted in 1965, replaced an earlier one on the same subject that was damaged when the roof of the chapel was replaced.

The mural depicts a building of simple Kandyan design with Sri Lankan countryside behind. All the faces (other than that of Jesus himself) were modelled on members of the Trinity staff at the time.

We assume that special considerations were made when choosing specific incidents from the Bible for the Mural paintings of the Chapel. In fact, the qualities of being humble and generous is shown through the parable of the Good Samaritan while the mural of Jesus washing the feet of His Disciples depicts serving one another in lowliness of heart and mind, seeking to build one another up in humility and love. It is evident that the Chapel shines as a beacon of Light to boys of many generations at Trinity. 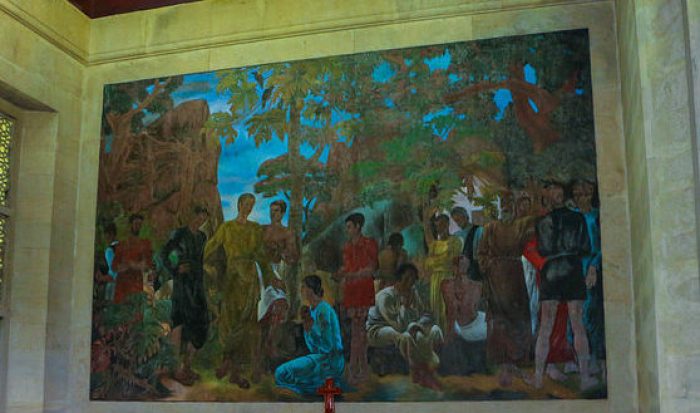 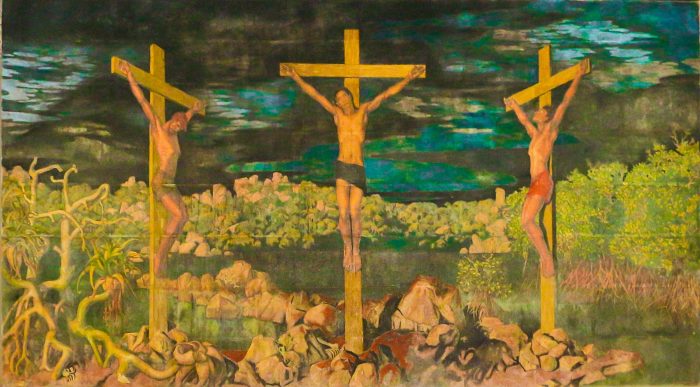 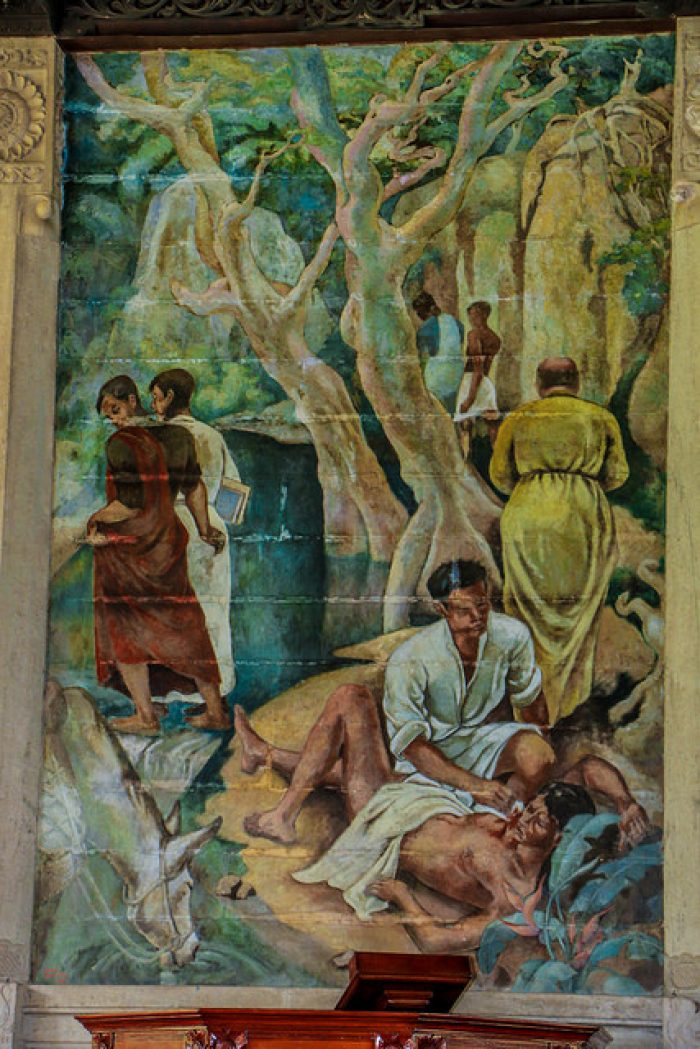 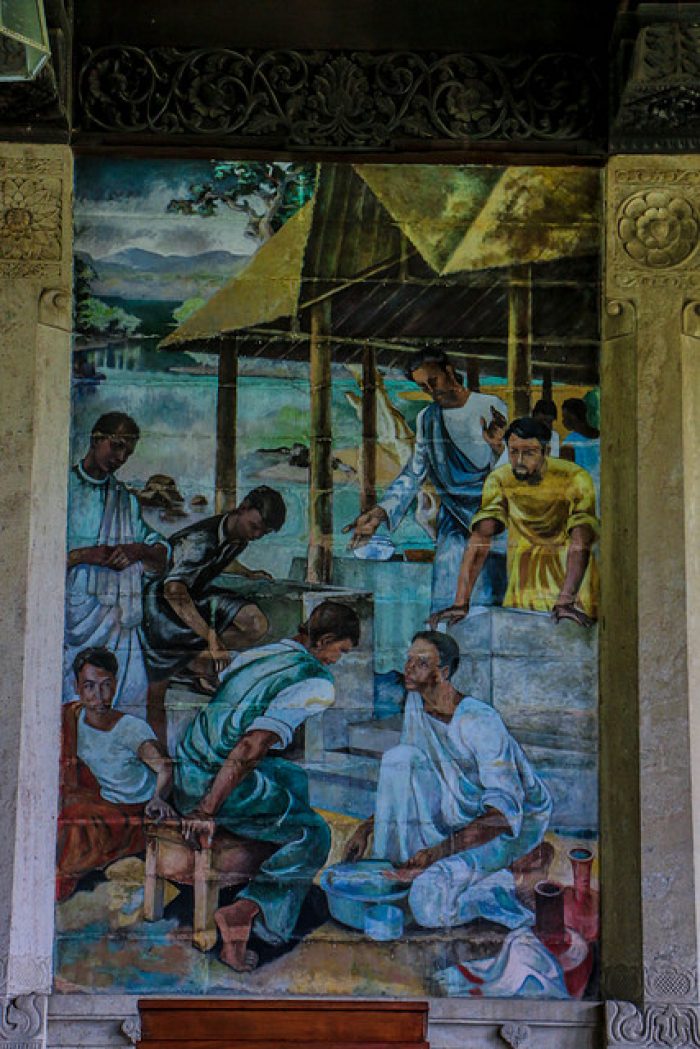