The Trinity College National Drum & Dance Troupe is one of the best and most respected societies at the College. They perform in almost every event at the college. The troupe consists of 40 members with Bhagya Dissanayake (leader). The troupes instructor is Mr. Sunil Chandrasiri and Mr. Ruwan Jayaratne is the M.I.C.

Our history and achievements

The Trinity College “Ranga Sabahawa” (National Drum & Dance Troupe) was established in 1971 under the patronage of former Principal Mr. Lionel Fernando. The dance troupe was under the guidance of Mr. Sirisena and the master in charge was Mr. Francis Wickramage.

The troupe performed a show for the century celebrations of the school in 1972 and it was named as “Rangavali’’. This show continues to be performed every five years is one of the highlights of the Colleges cultural calendar.

In 1976 “Ranga Sabahawa” was renamed as the “Trinity College National Drum & Dance Troupe”. The first overseas performance of the troupe was in 1978. During this period the troupe travelled to Denmark, England, Switzerland, and Germany.

In 1981, the troupe performed a street parade to welcome Queen Elizabeth II.

After the resignation of Mr. Wickramage, Mr. Vipula Janasantha joined the troupe as the instructor. During his era the trope has won many All Island competitions,  and a “Wes Ceremony” was done in 2011 under his guidance.

After the unfortunate death of Mr. Vipula Janasantha, Mr. Sunil Chandrasiri joined as the instructor in 2012. Under his instruction a “Rangavali’” show was performed celebrating the dance troupes 40th Anniversary. 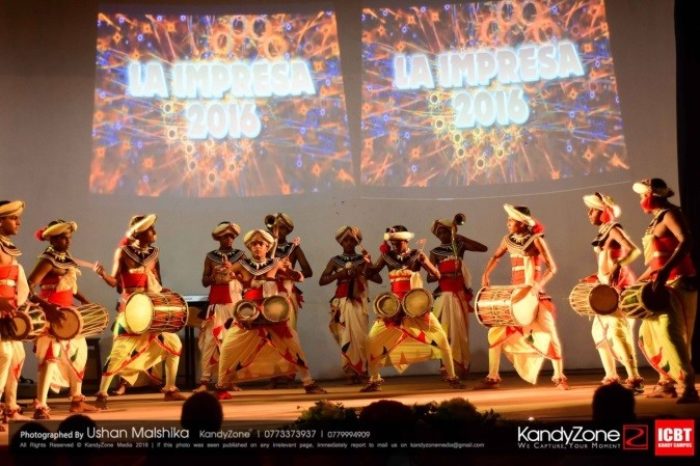 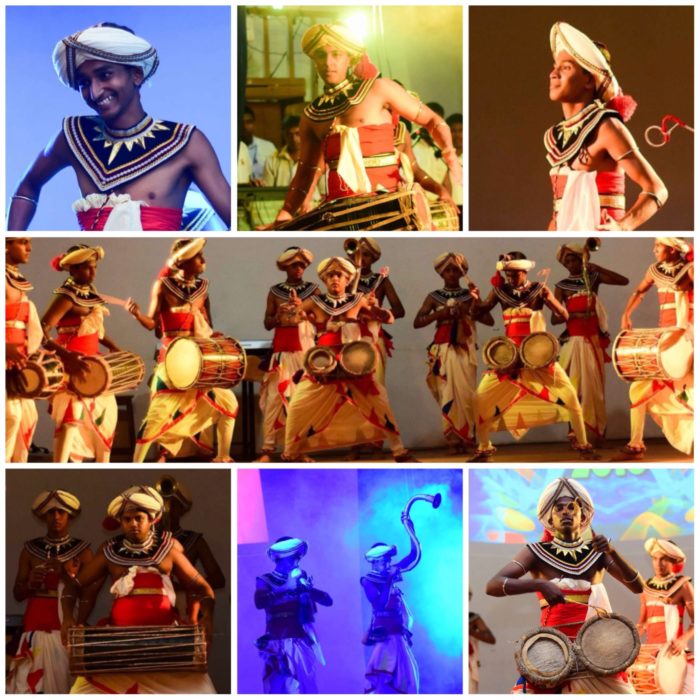