The Western Music Society of Trinity College began in 1999 by a group of young Trinitians who had the passion for music.

Under the guidance of Mrs. L.C.N.C.Surendrakumar and Mrs. K.B. George, they took part in the All Island Western Music and Dance Competition that year, organized by the Ministry of Education emerging as Winners in two categories as Senior Choir and Senior Piano Solo.

Thereafter in 2004, two choirs as Senior and Junior and a Piano Solo (Mas. T.S.J. Hassan) took part in the All Island Western Music and Dance Competition and they emerged as All Island winners once again.

The need to form a Western Music Society arose in 2006.Thereby a Committee was formed and Master Jonathan George was elected as its Founder President.

Since then the Western Music Society has strived to uphold the good name of Trinity at every given opportunity.

The boys of the Western Music Society have the opportunity of receiving an All Island National Certificate that would be considered in their University Admission. There have been countless students who were able to receive an additional decimal point that made the difference. The Society provides any student who loves music the opportunity of expressing himself.

This has served as a place where introverted children are able to express themselves and gain confidence. The Western Music Society brings together and serves anyone irrespective of what they believe in, through God’s gift of Music. 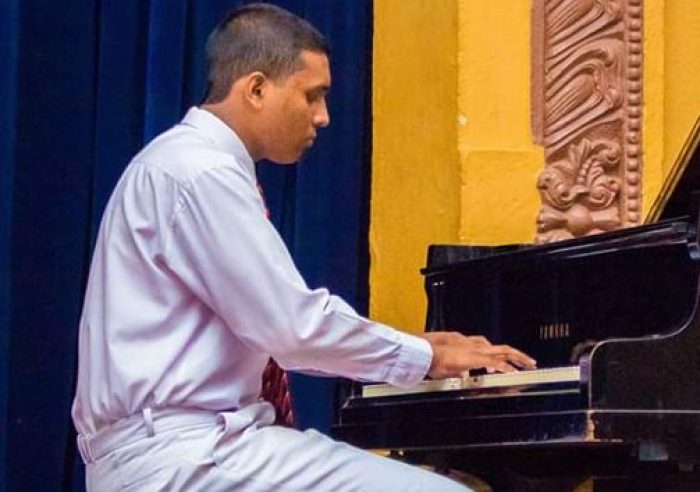