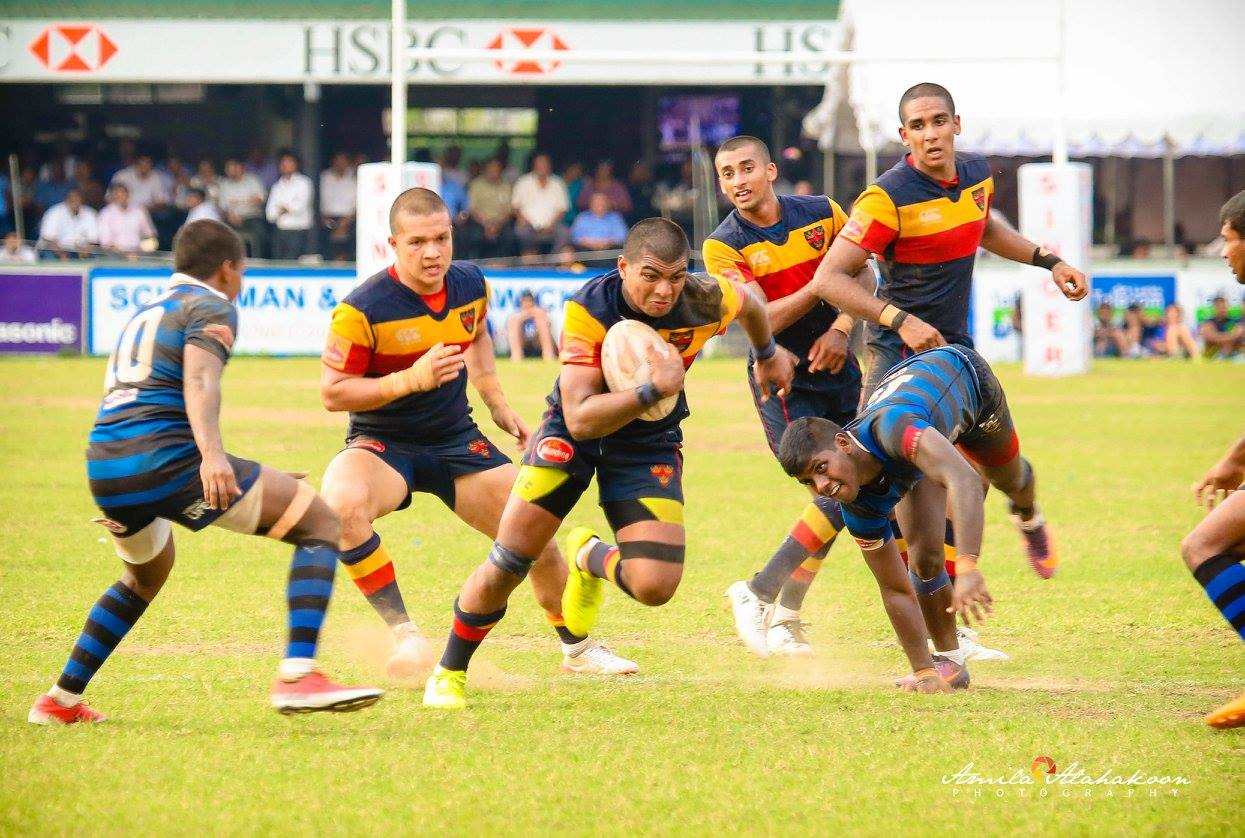 Trinity College entered the game with an unbeaten streak, after proving their worth and their mettle in the previous matches where they were able to execute bouts of excellent, entertaining rugby. Losing the Canon De Seram Trophy to the Thomians last year, who were able to tame the lions in their own cave, the Trinitians’ thirst for victory was only multiplied.

From the very first minute itself, Trinity College showcased their aggressive style of play, as in-form Diluksha Dhange almost made it to the try line, but the solid Thomian defence was able to put off a Trinity try. Yet, just as the first 20 minutes of the game passed, with the Trinity Lions constantly clawing at the St. Thomas’ defence, playmaker Dange successfully created the overlap, allowing Amith Kulathunga to score the first try, and Lashan Wijesuriya was able to make a successful conversion of it (7-0).

Minutes after, the Trinitians were able to go over twice, the first, courtesy of Avishka Shiek, who made no mistake in collecting the ball from Dange and crossing over, and the next one, coming in the space of just 5 minutes or so, after Lashan Wijesuriya went over after some quick thinking by scrum-half Anuka Boyagoda, who, as usual, was on top of his game. (19-0)
Then at the 38th minute, once again, it had almost seen that Trinity had scored, after Avishka Shiek breaking through, and fluent, calculated movements from the line, and Dhange touching over, but the referee caught everyone by surprise by calling it offside and settling for a scrum.

At the beginning of the second half the audience was introduced to an altogether refreshed St.Thomas side, as they played with anewed aggression, and the quick thinking of Hans Walpola enabled him to score under the posts, almost untouched, presenting Dion Dias with an easy conversion. (19-7)

The Thomians could have scored a couple of times in the following minutes, had they capitalized, and Mayon Jayawardene, on the verge of scoring a try, only ended up knocking on the ball.  However, a rolling maul was initiated at the 5m lineout, allowing skipper Nathan Yee to score the first Trinity try of the second half (24-7).

Two players from Trinity were shown off the field to the sin bin, for constant breaches in the rucks, and capitalizing on this opportunity, St.Thomas, after opting to go for a 5m lineout, were able to allow Mayon Jayawardene to go over the line from behind the ruck. Dion Dias did not fail to add the extras, but the Thomians needed more of those if they were to whisk the game away from Trinity (24-14).

The next try of the game came off Akitha Sakalasooriya from Trinity, after Shanel Maralande brought it ever so close to the try line, thus sealing a Trinity victory, guarding their unbeaten streak, and regaining the Canon de Seram trophy,  increasing their trophy tally to 23 wins, whereas St.Thomas have 17 wins under their belt.

Diluksha Dange was adjudged the man of the match.

Statement from the Principal of Trinity College Kandy 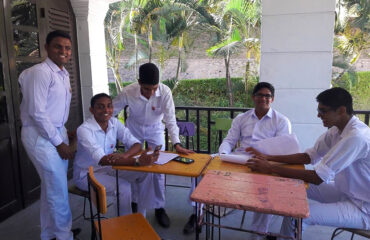 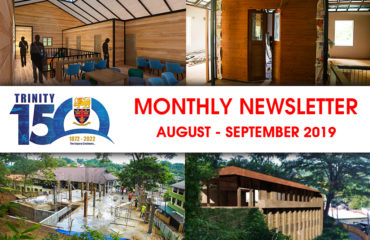