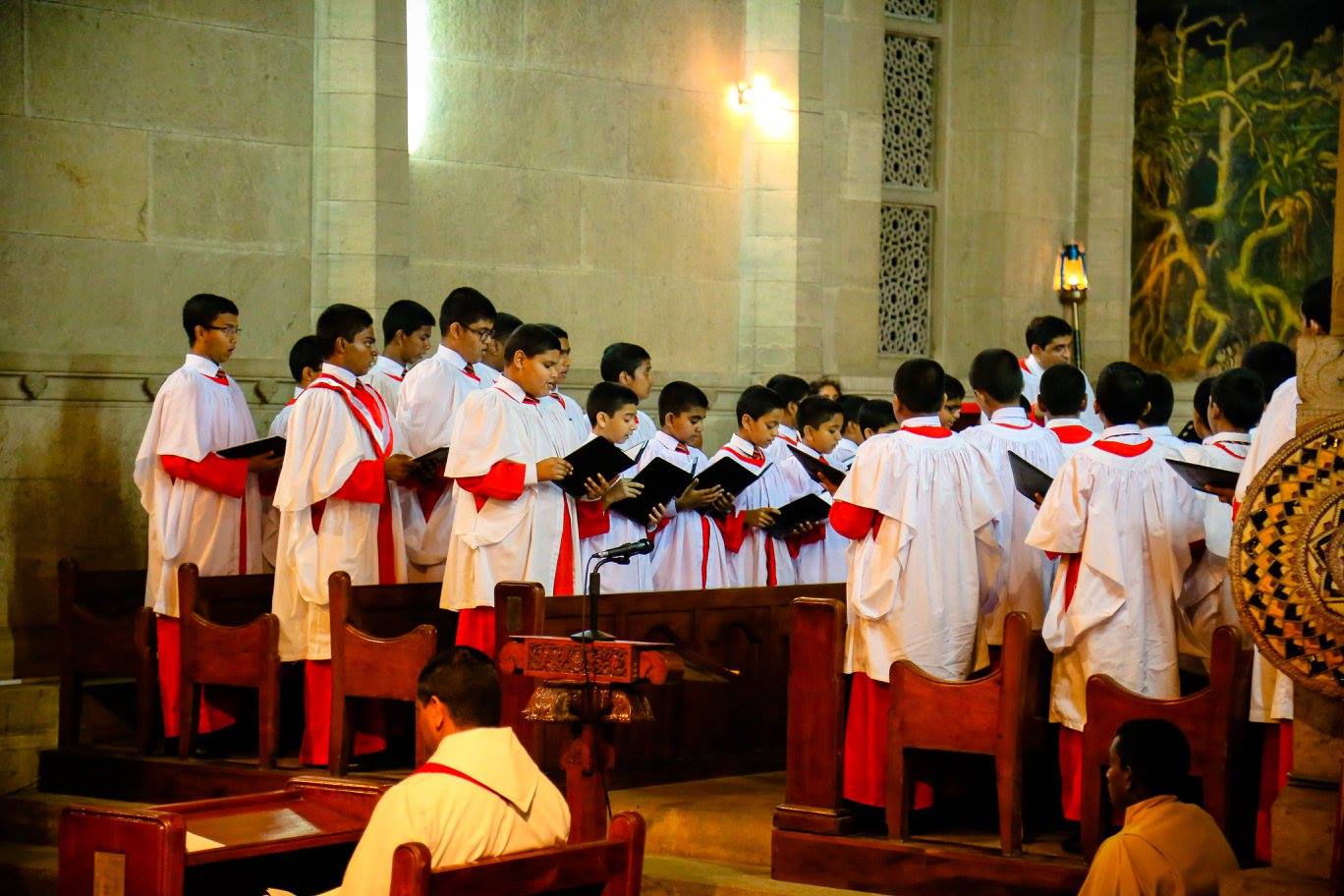 A Lenten Meditation and Easter Reflection of Music, Lesson and Prayer

“For God so loved the world that He gave His one and only Son, that whoever believes in Him shall not perish but have eternal life” – St. John 3:16

As evening fell on 9th April, the distinct rustle of dry palm leaves could be heard with the majesty of “Ride on Ride on” by Henry Milman as the Choir proceeded towards the Chancel to mark the start of yet another evening of Lenten observance at the Trinity College Chapel.

The service was carefully formed with Bible readings from the foretelling of the Cross to Christ’s Resurrection. Over the past decade this Christian celebration at Trinity has become a very important and popular event with a chapel full of attendees. The Cross and Triumph of Christ is conducted in a meditative atmosphere. 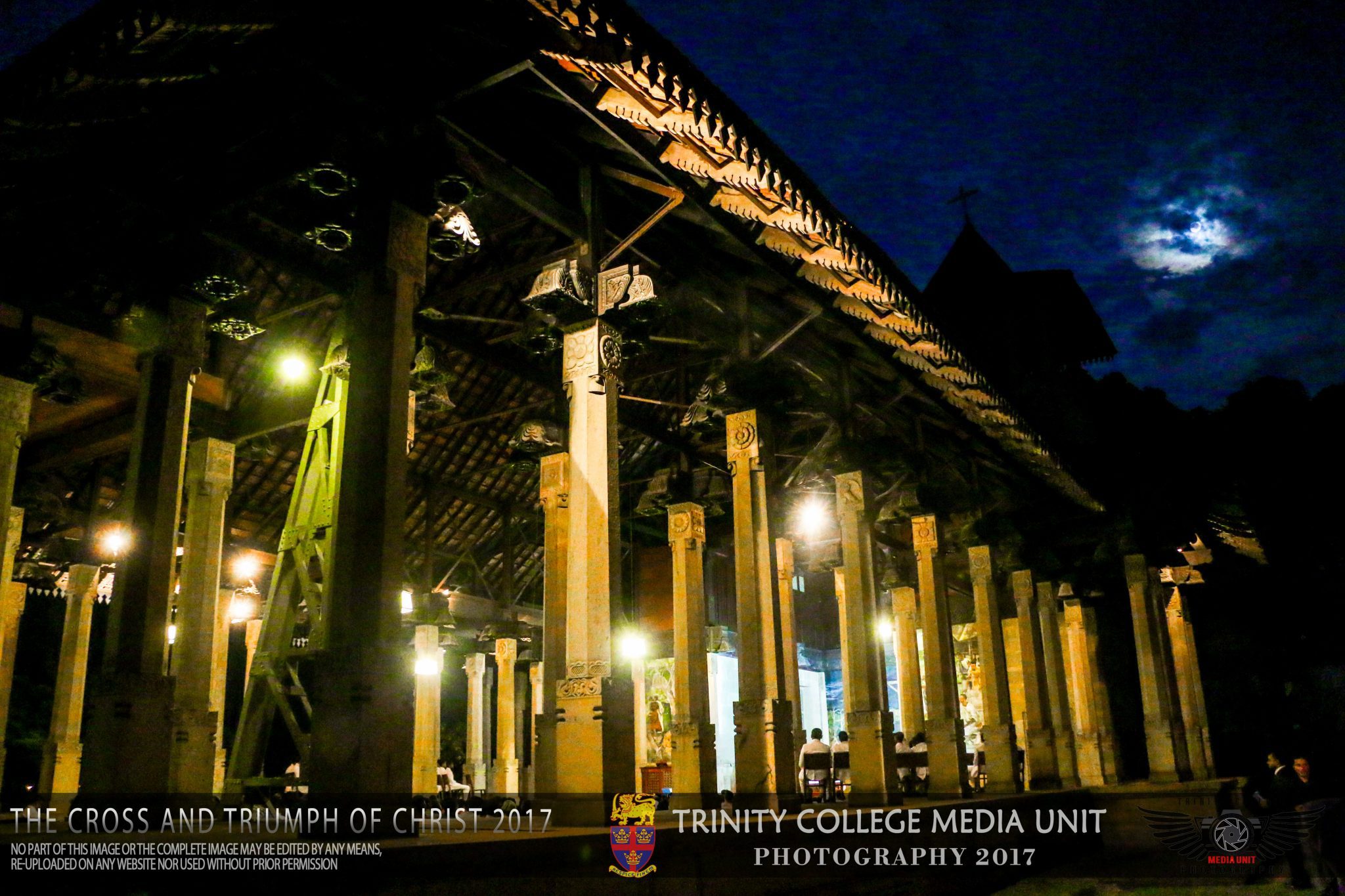 Following the crucifixion of Jesus, a well-known Afro-American Spiritual was sung a cappella by the Choir. The congregation was awestruck by the baritone solo which repeatedly questioned everyone soulfully in song: “Were you there when they crucified my Lord?” together with the Choir, moving many to tears. 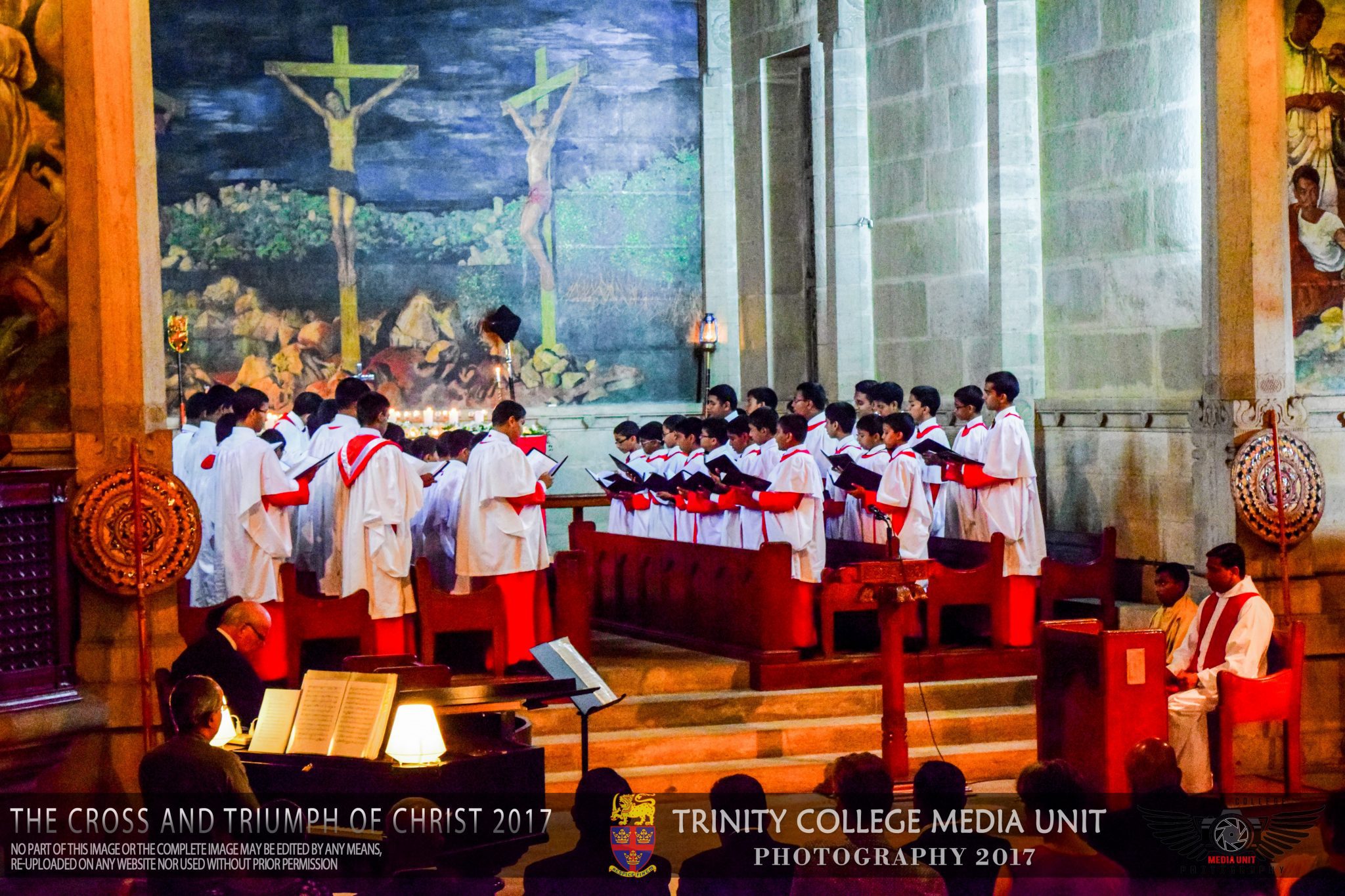 The Sixth Lesson was read and the Choir again brought the Congregation to a meditation on Christ’s death and sacrifice on the cross by singing “Lacrymosa”, a masterpiece by Wolfgang Mozart from his last composition “The Requiem”. 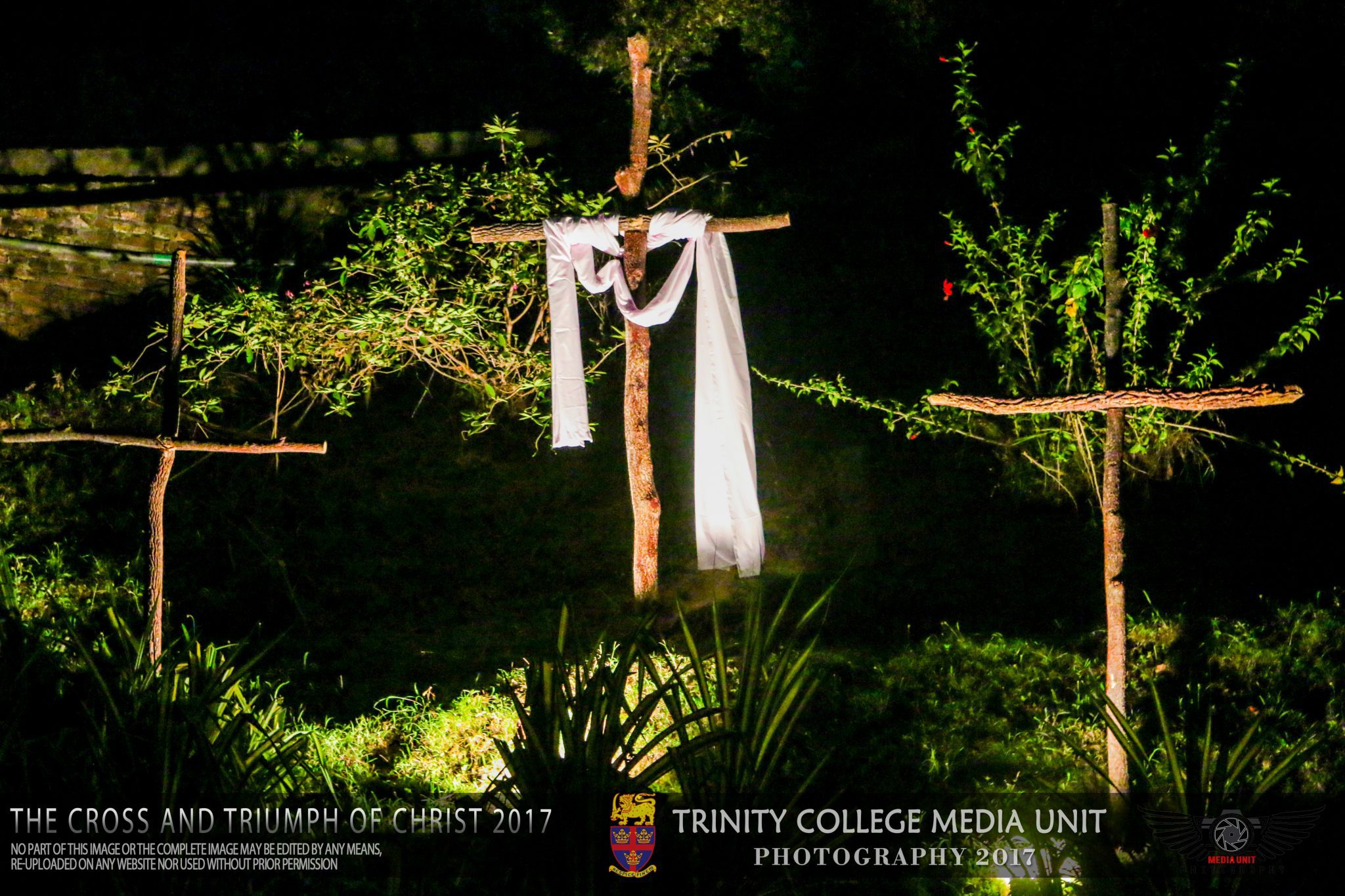 With the words “Christ Triumphant” in mind the Choir’s last piece for the evening “With a voice of singing” by Martin Shaw soared amidst the pillars of the Chapel accompanied by the grand organ tones.

The Last Congregational and the final Hymn of the evening “Praise to the Holiest in the Height” was sung while the Clergy receded to the West Door of the Chapel and the Choir took its position at the Steps of the chancel.

The other well-loved congregational hymns included “There is a green hill far away”, “O Dearest Lord, thy sacred head”, “My song is love unknown” and “When I survey the wondrous cross”

The Choir sang, as traditionally at this service, the “Hallelujah Chorus” from Handel’s “Messiah” which the Principal, Mr. Andrew Fowler-Watt was invited to conduct bringing the service to a climax in glorifying the King of kings and the resurrected Lord of lords. 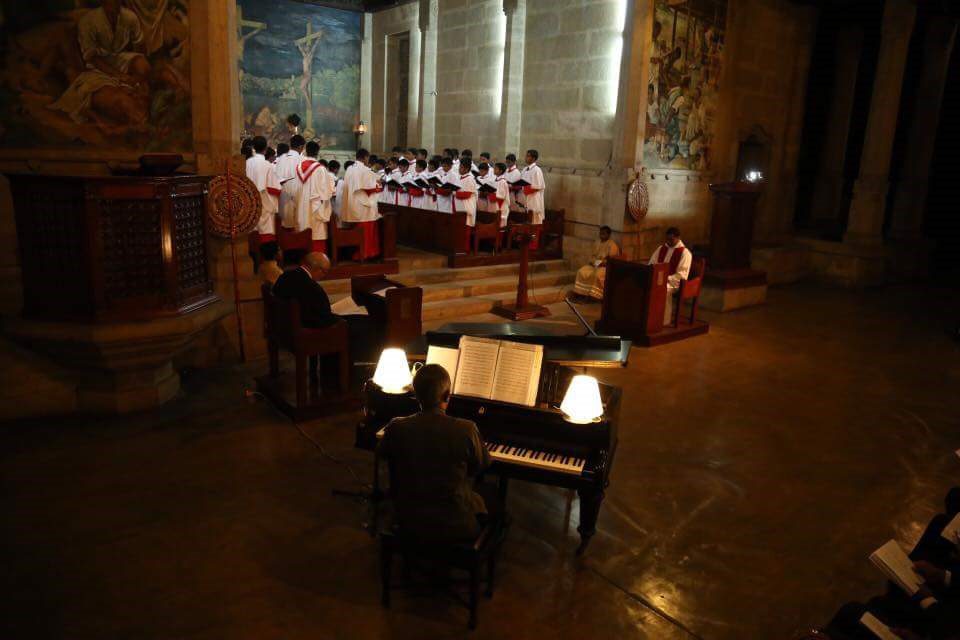 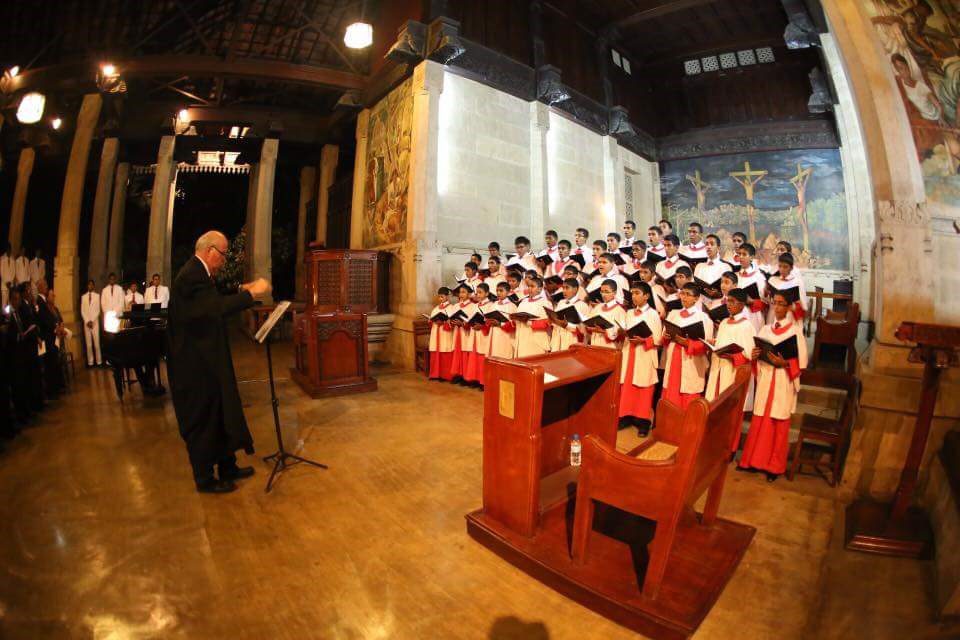 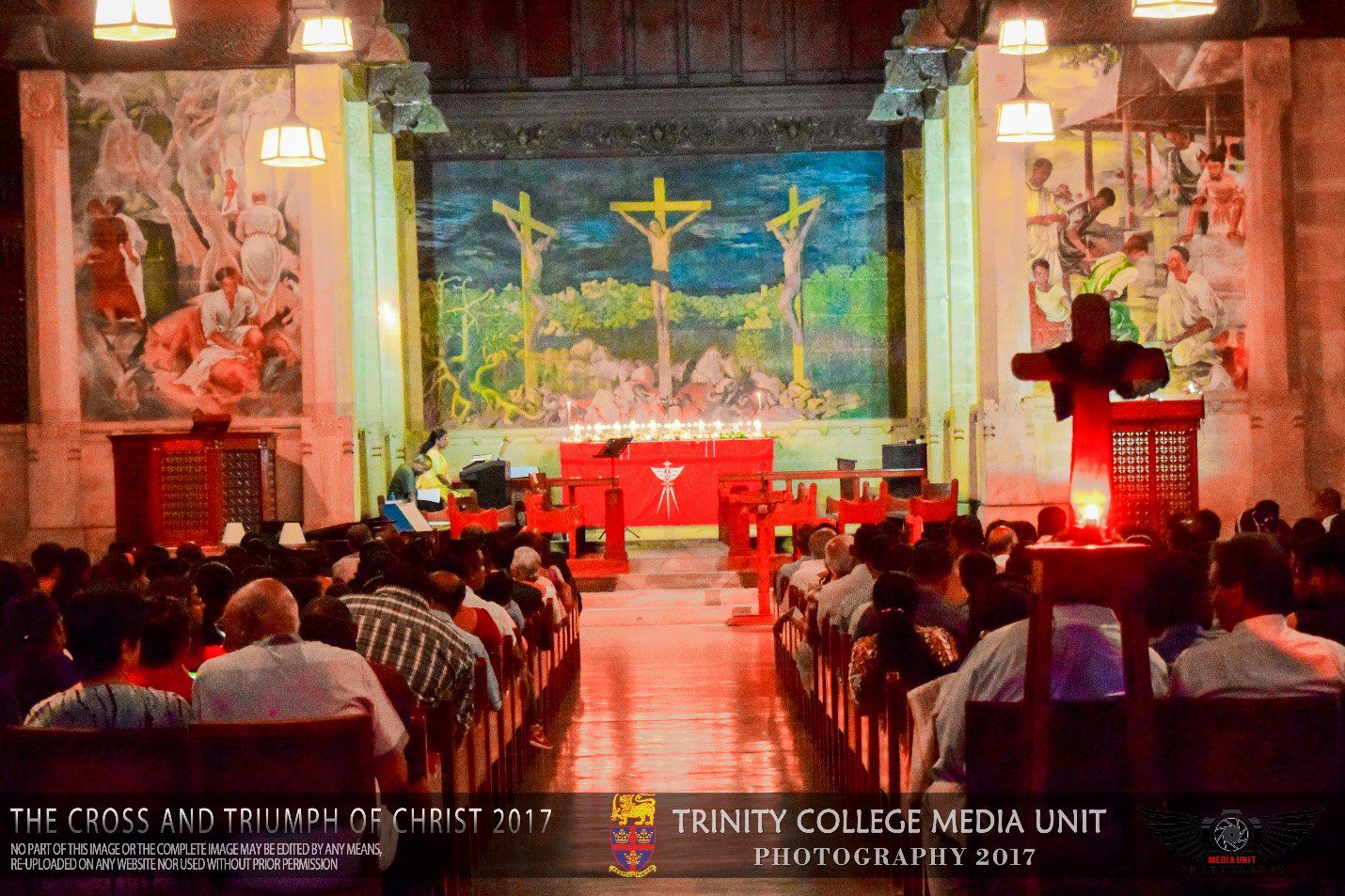 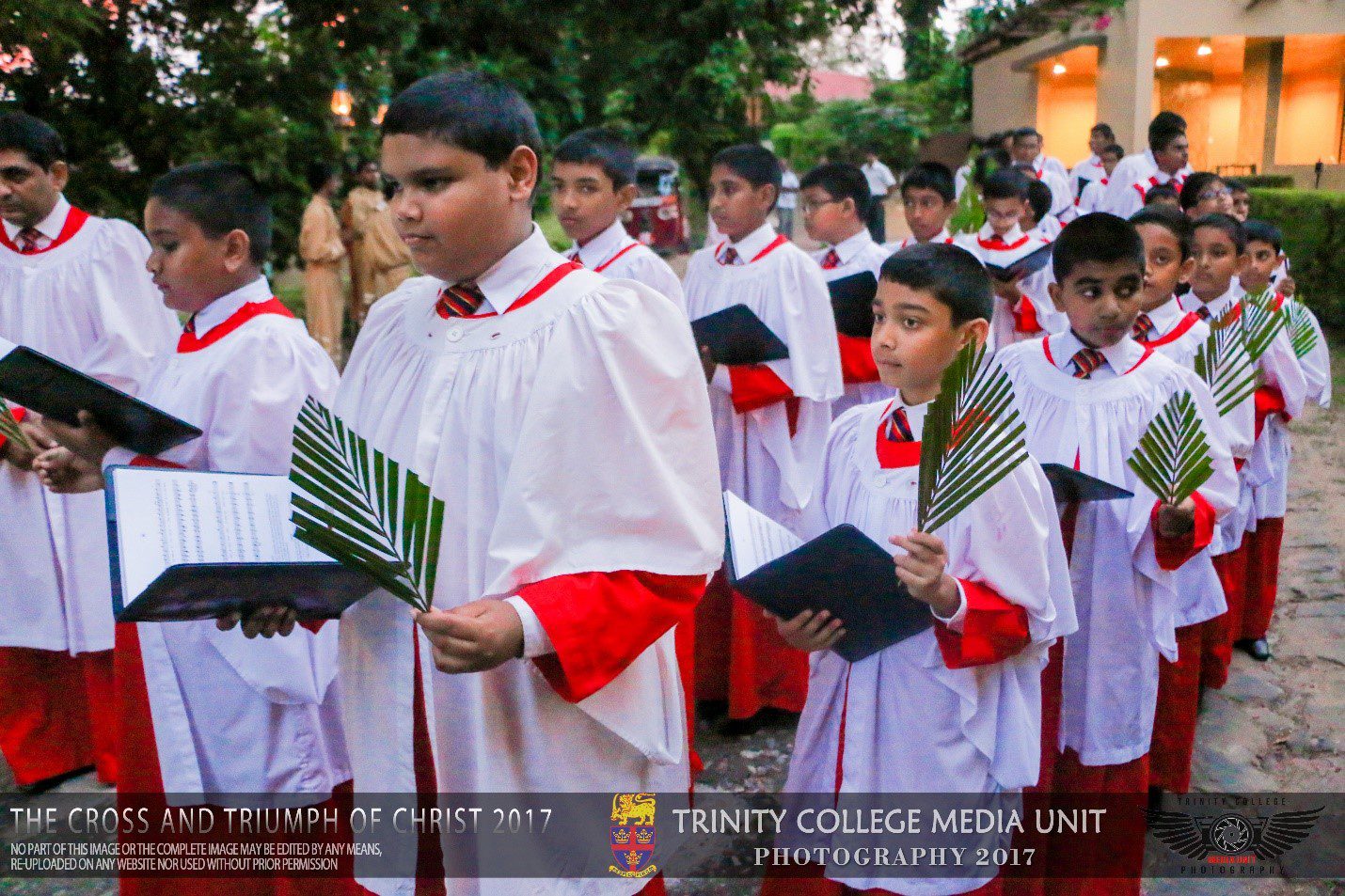 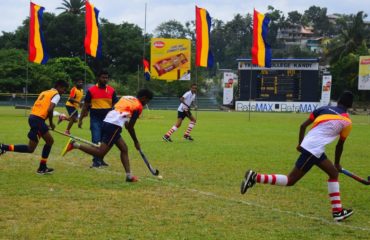 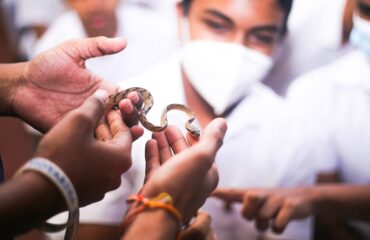 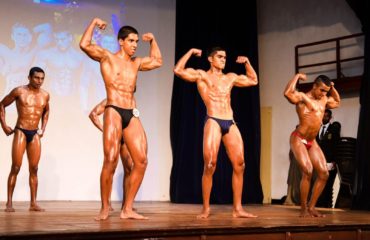