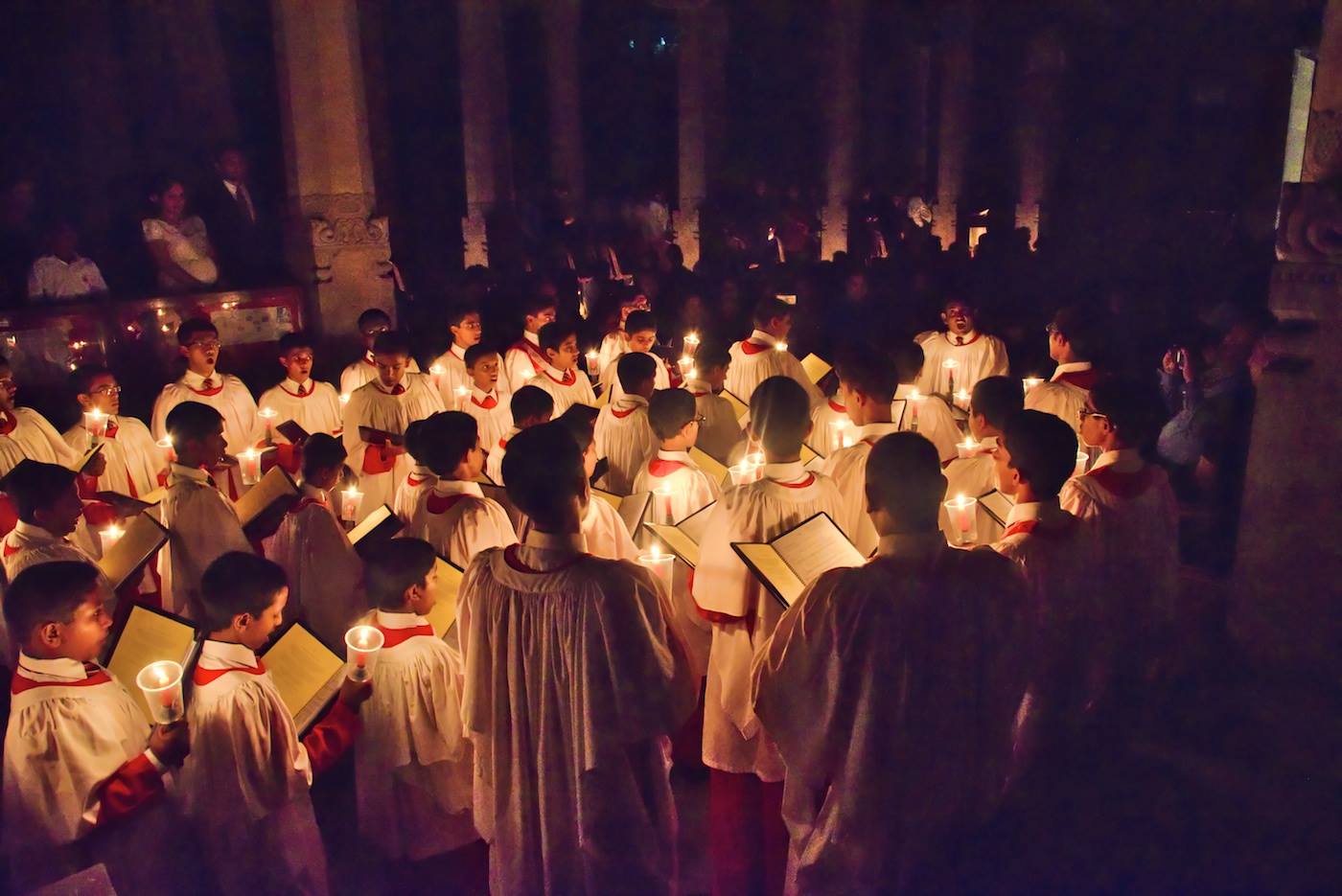 A Festival of Nine Lessons and Carols 2017 – Reviewed

The evening of the 10th of December 2017 marked one of the most important events in the College calendar, “The Festival of Nine Lessons and Carols”; Comprising 9 readings from the Bible which unfolds the story of Christ’s birth, each followed by carols related to the lesson itself. 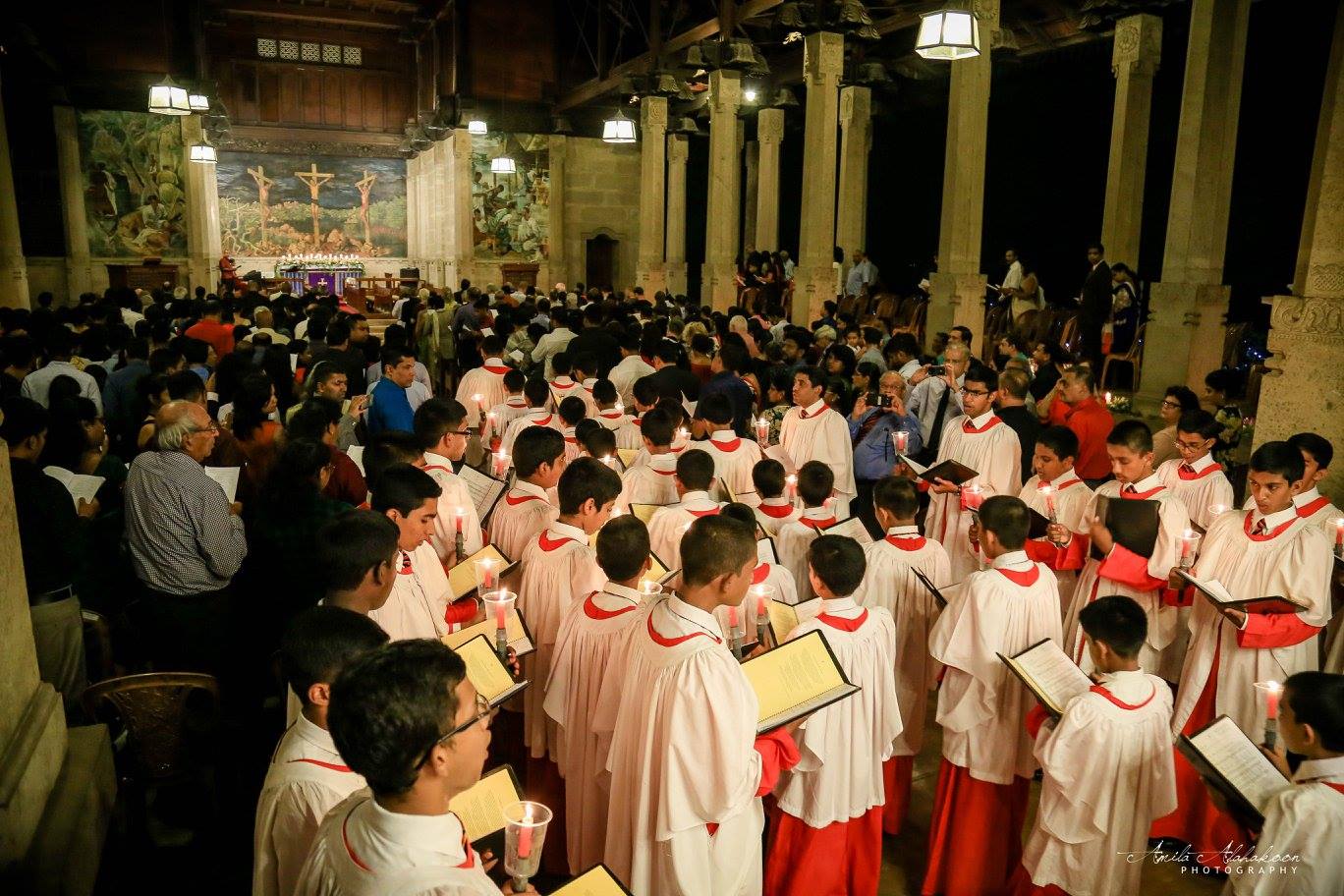 With the familiar pealing of the Chapel bell, the Choir came in procession carrying lamps, from the Principal’s Bungalow to the Chapel which was only lit by oil lamps and candles, setting the atmosphere for the Service – the scene that captures the hearts of everyone waiting in anticipation. With the traditional solo of “Once in Royal David’s City” sung by a Chorister from Grade 6, the Choir joined in harmony, accompanied by the organ, as they gracefully walked into the Choir stalls.

The opening carol “Born on a New Day” by Philip Lawson, sung acapella, preceded the first lesson which was read by a chorister from Grade 6.  Next was a Sinhala carol sung also related to the first lesson called “Muldegurun ge Papayen” (Sin of the first parents) for which the musical arrangement was done by the Choir itself.

The second lesson spoke of God’s promise to Abraham followed by a Tamil carol named “Vinnaham Thurandu” (The Heavens Opened) which was again an arrangement done by the Choir. Both Sinhala and Tamil carols were sung with the accompaniment of Tabla and Thalampota with the organ.

John C. Martin’s acapella arrangement of “The only Son from Heaven”, an organ prelude named “Herr Christ, der einge Gottessohn” composed by J.S Bach, was heard as the third lesson concluded: the prophecy of Christ’s birth by Isaiah.

The carol that accompanied the fourth lesson was “Es ist ein rose estsprungen” sung acapella in German, arranged by Michael Praetorius, which is translated as “Lo how a Rose er Blooming”. 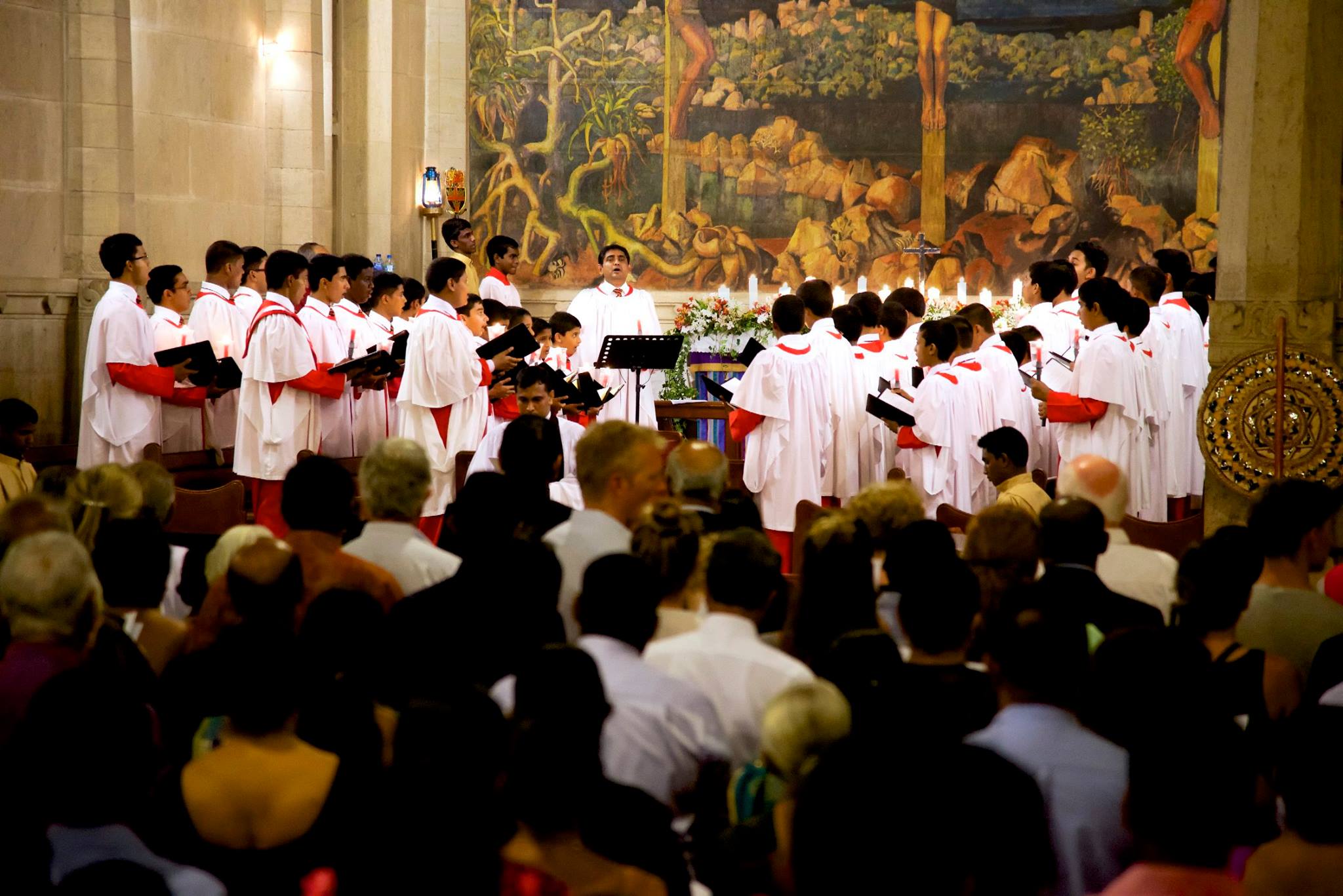 “Dixit Maria a composition” by Hans Leo Hassler with its contrapuntal harmonies brought forth the message archangel Gabriel gave unto the mother of God in conjunction with the fifth lesson.  Shifting to modern compositions, the Choir sang “My Love is Always Here” by Alexander Desplat which was composed for “Harry Potter and the Deathly Hallows Part 1”. Both were sung acapella.

Adding to the variation in the language and style of the carols, a French carol “Quelle est cette odeur agreable”, translated as “Whence is that goodly fragrance flowing”, arranged by David Willcocks, was sung adding to the grandeur of the worship.

The subtle tones and flowing notes of “All Bells in Paradise” by John Rutter enamoured the congregation to the humility embedded in the story of nativity.

The Choir sang eight carols in five languages and six musical styles, of which four were acapella.

The addition in the recent years of an Old Chorister soloist in the service, continued with “Good King Wenceslas”, which was also joined by the congregation.

During the course of the evening many well known congregational carols such as “God Rest ye Merry Gentlemen”, “Hark the Herald”, “Unto us is Born a Son” were sung by the Choir while some verses were sung only by the congregation.

The traditional carol “O Come all ye Faithful” was sung while the Choir recessed to the west door to end the last verse with the popular descant, marking the end of the Festival of Nine Lessons and Carols. 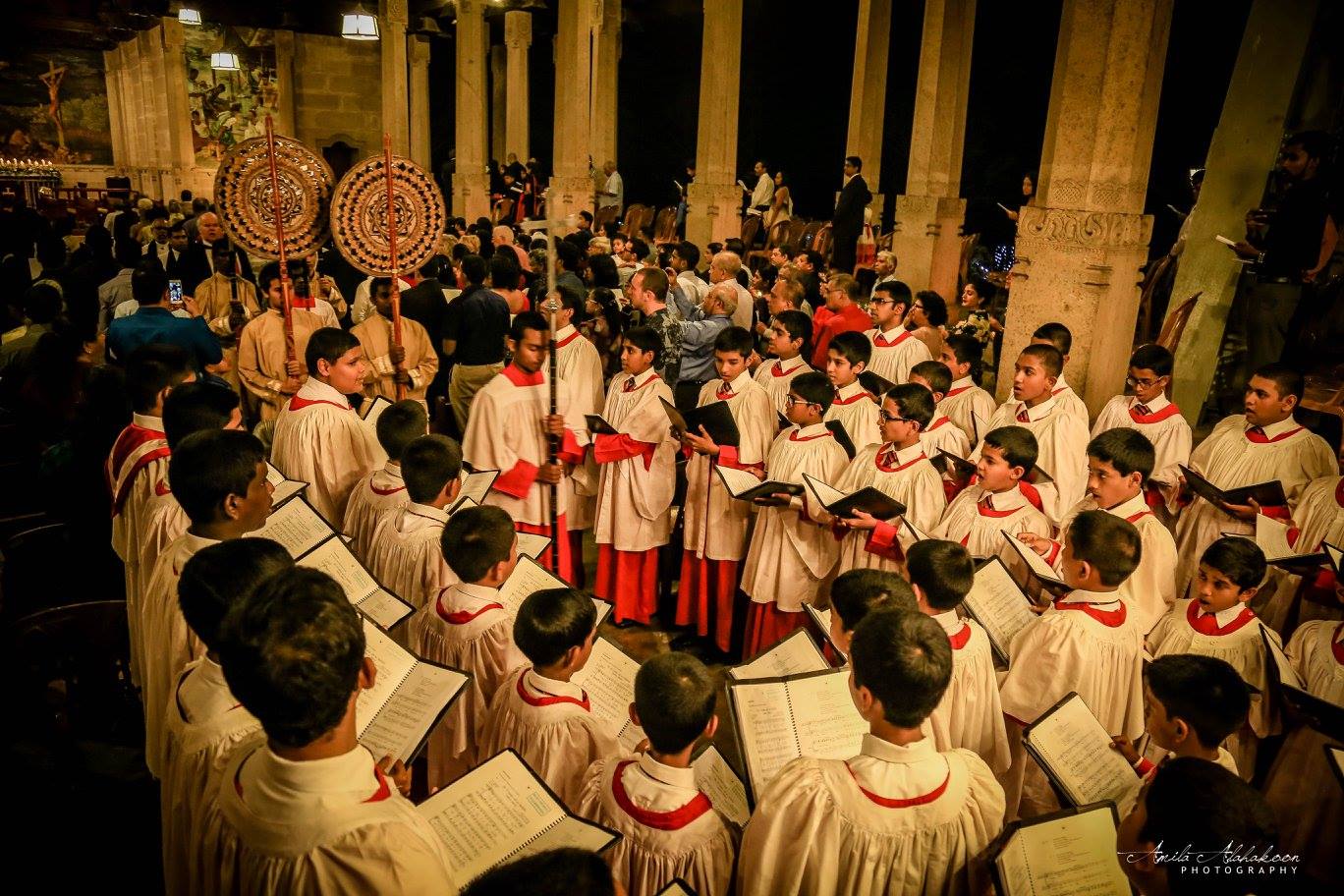 Once again it was, without doubt, an evening that moved the hearts of all those who took part in this meaningful advent service, and lifted their spirits through a variety of music and readings from the Bible. We are assured that the evening filled them with a sense of meekness, love and humility; the true spirit of Christ whose incarnation was celebrated. 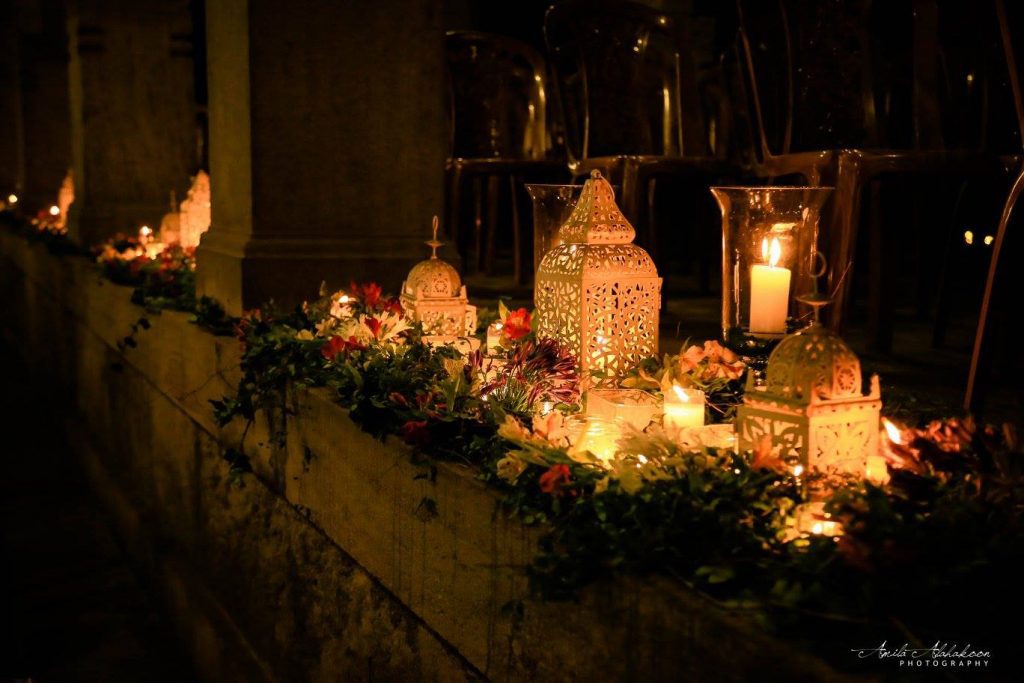 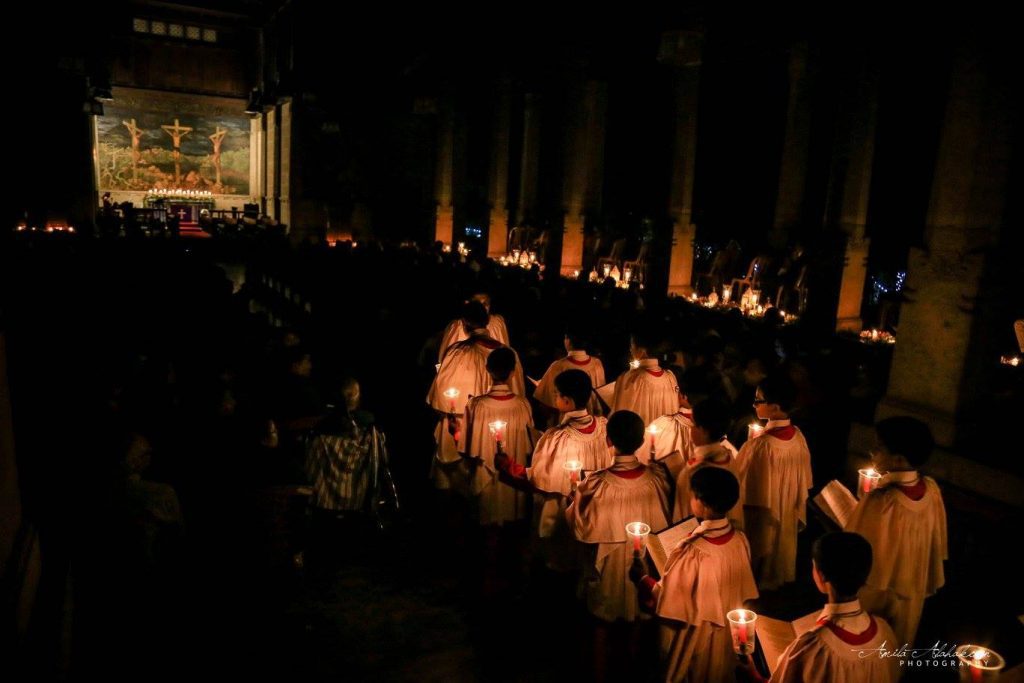 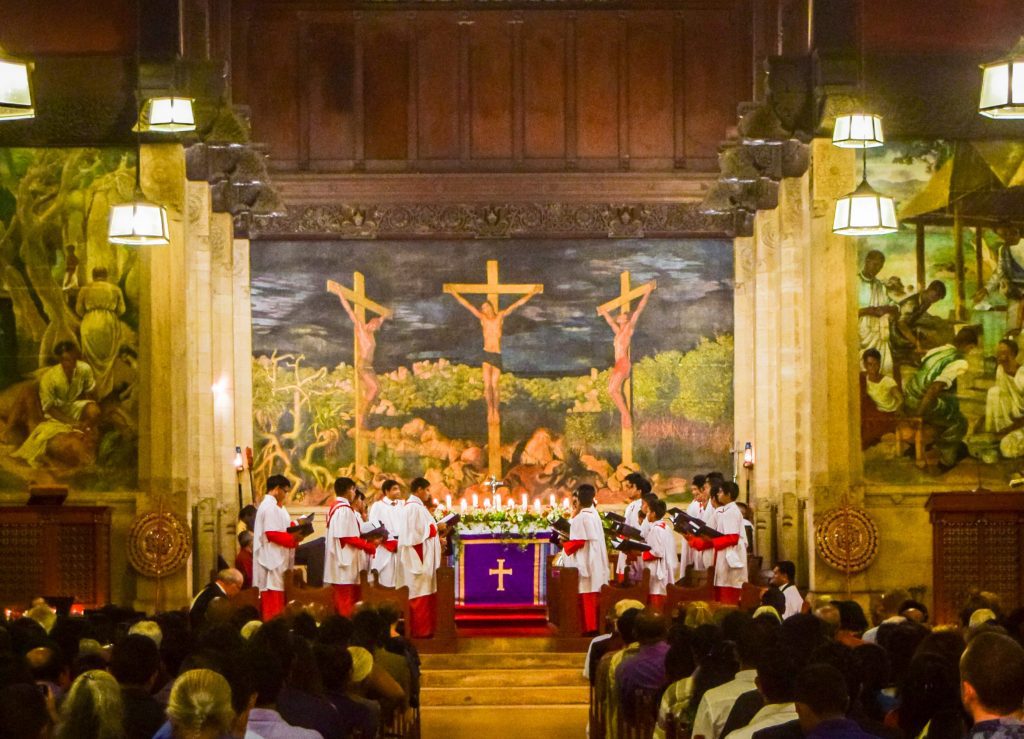 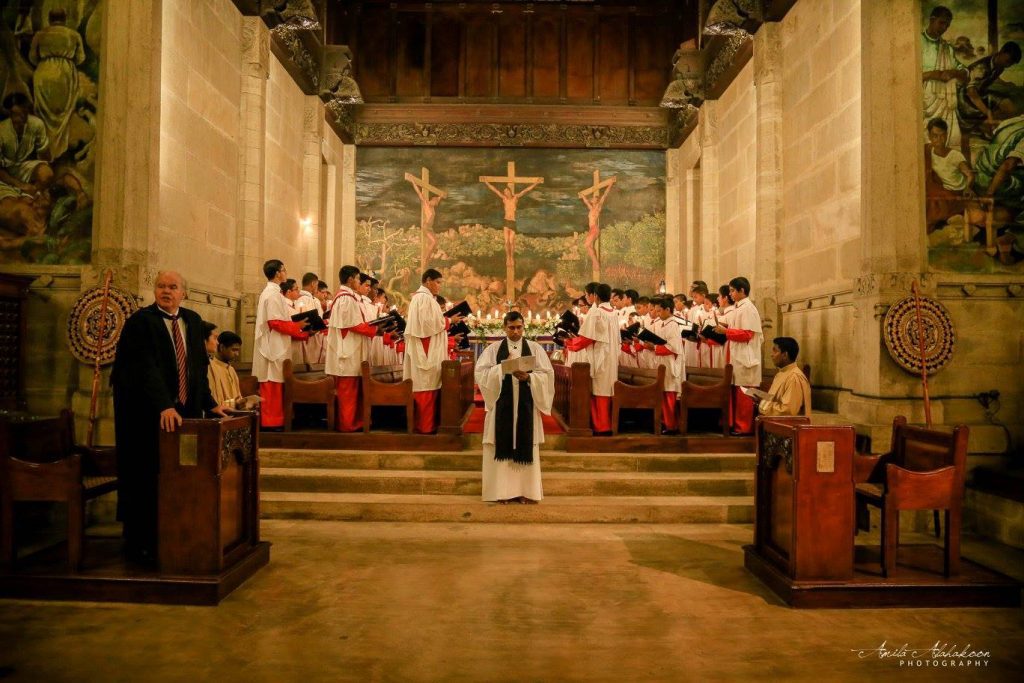 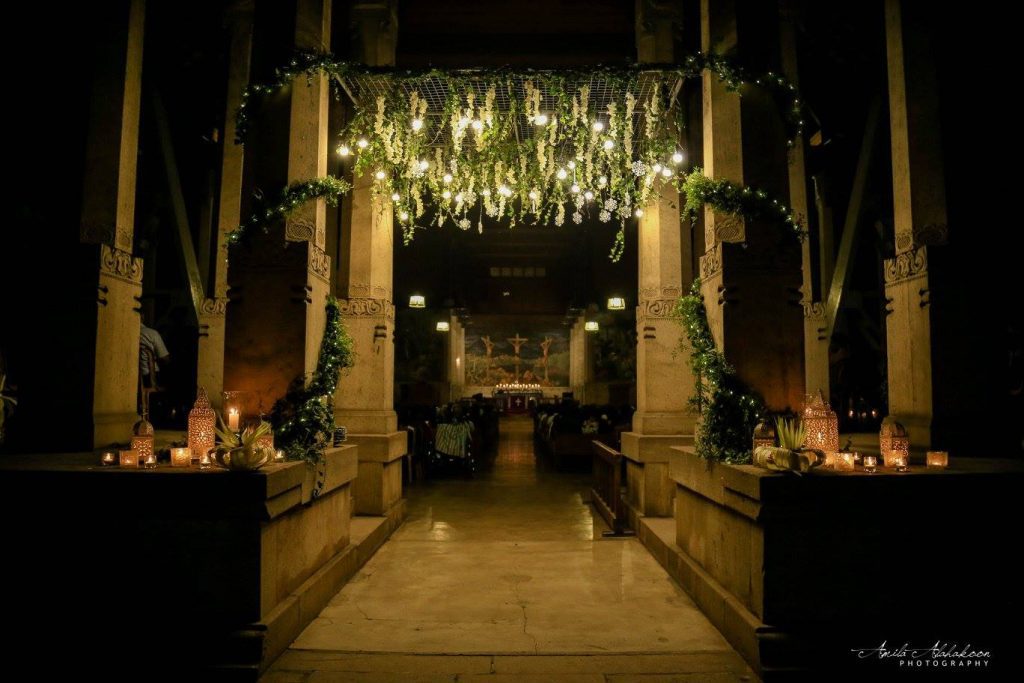 Tagged under: 2017, Choir, festival of nine lessons and carols 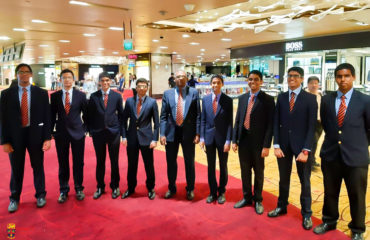