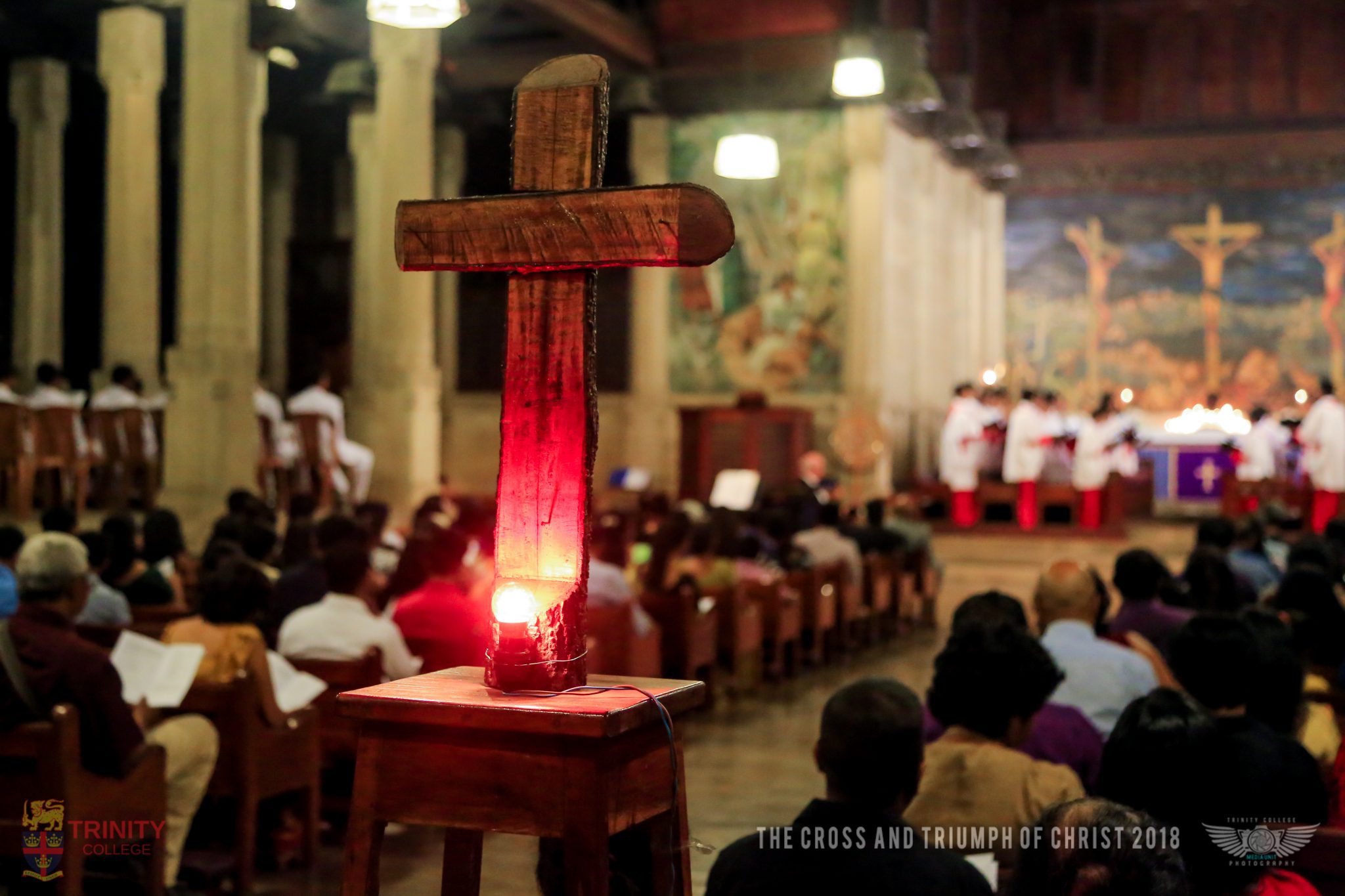 A Lenten Meditation and Easter Reflection of Music, Lesson and Prayer

On the 25th of March, as the congregation waited expectantly, the choristers gathered at the west door of the Trinity College Chapel.  The swell stops of the organ started to play, while the choir and procession proceeded to the chancel singing the processional hymn, Henry Milman’s “Ride on Ride on in Majesty”, beginning the eagerly awaited annual Cross and Triumph of Christ service. 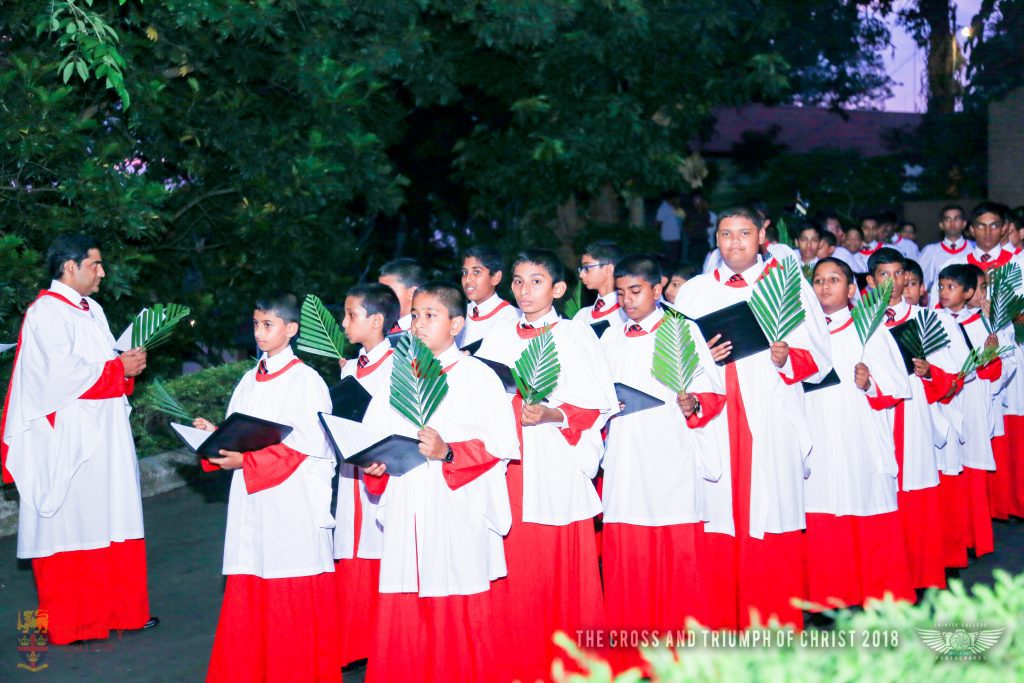 The Cross and Triumph of Christ is a tradition that has gradually gained prominence, a service centred on a series of readings marking the passage from Isaiah’s foretelling of the cross to the resurrection and the acts of the apostles. This service has become very important as a time for meditation and reflection on the death and resurrection of Jesus Christ.  The chapel is always packed with guests who come to experience the meditative and reverent atmosphere.

Following the opening prayer, the choir sang a lovely rendition of Bob Chilcott’s “God so loved the world” with closely arranged harmonies complementing the simple message of God’s love, which was followed by the First Lesson read by a Senior member of the Choir.

The second lesson was read, detailing how Jesus was betrayed at Gethsemane.  The sad tones of J. Cruger and J.S.Bach’s “Ah holy Jesu” quietly flowed, its lyrics full of guilt and remorse.

After the third lesson, the choir sang “Christus Factus Est” by Aleksandras Kacanauskas, bringing the congregation to reflect on the humiliation that Jesus suffered before his crucifixion.

The fourth lesson – Jesus is tried before the Roman governor. The choir sang “Crown of Roses” by the famous Russian composer Tchaikovsky.  It should be mentioned that this is the only choral work which Tchaikovsky has composed.  The beautifully arranged piece – sung in the typical Tchaikovsky style – brought tears to the eyes of the congregation, its dark symbolism highlighting the cruelty of the crowd that howled for His blood. 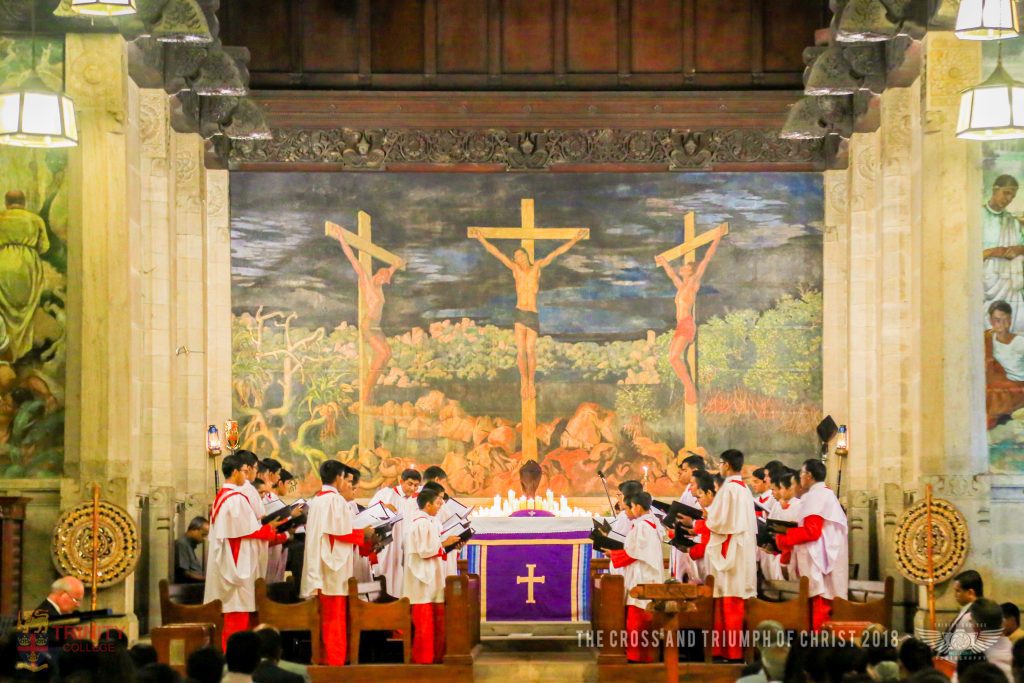 The fifth lesson was read: Jesus is taken to the cross. The congregation waited expectantly. The choir sang its own four part arrangement of  “The Servant King” by Graham Kendrick, to introduce an atmosphere for meditating on the humility and love of God, as He is taken to the final stage of his mission. The chapel seemed to hush in anticipation.

The sixth lesson was read, and the service was at the lowest, which depicts Jesus’s death on the Cross. The curtain was ripped. The chapel bell rang out mournfully, slowly. Antonio Lotti’s powerful eight part Crucifixus thundered through the chapel, full of power and gloom. 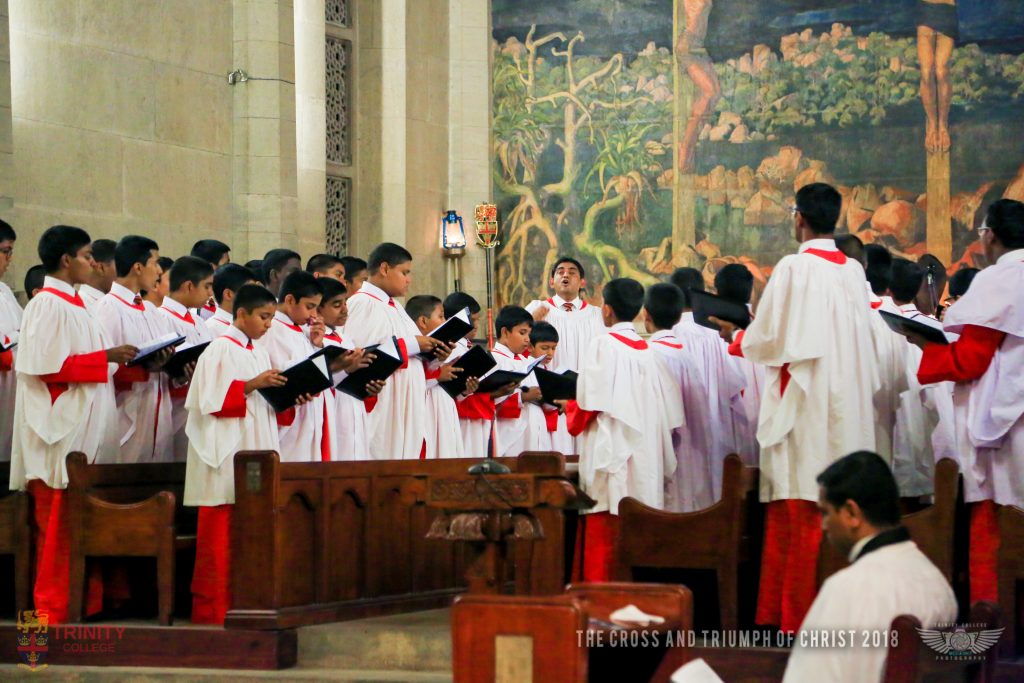 The seventh lesson was read – the women go to the tomb. They find two angels who tell them the good news that Jesus Christ has risen from the dead. The hymn “This joyful Eastertide” rang out through the building, as the choir sang jubilantly.

The final lesson, was read by the Bishop Emeritus, revealing the triumphant of Christ. The final blessing was read and as the final congregational “Praise to the Holiest in the height” was sung while the procession made their way through the choir assembled on the chancel steps.

Earlier the congregation had stood only to sing in glorious unison for the congregational hymns Ride on Ride on, there is a Green Hill Faraway, O Dearest Lord Thy sacred Head, My God I love Thee not because, When I survey the Wondrous Cross and Praise to the Holiest. But now they stood not to sing but out of respect, in keeping with long tradition, for the finale of the service, Handel’s triumphant “Hallelujah Chorus.”

By invitation, the Principal Mr. Andrew Fowler-Watt conducted. The boys sang enthusiastically, filling the chapel with their joyful voices.

It was indeed without doubt an evening that captivated the hearts of the congregation filling them with a sense of awe and the meek and humble nature of Christ.  The hymns sung by the choir were well balanced and brought about an added meaning to the lamentable yet glorious sacrifice of Christ the Lord.

“Did e’er such love and sorrow meet, or thorns compose so rich a crown” 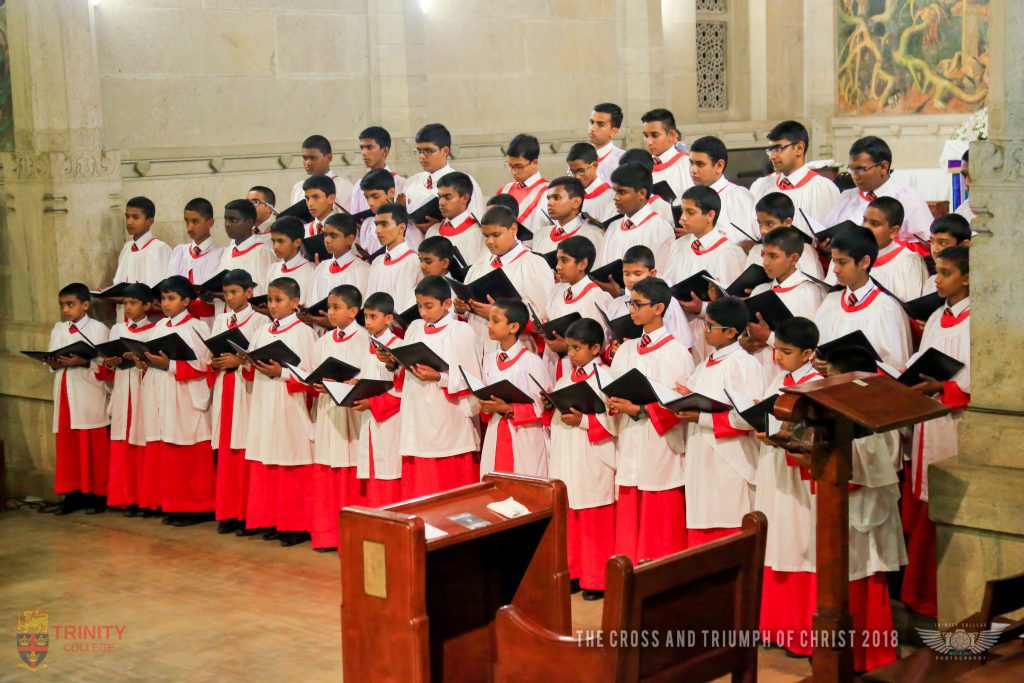 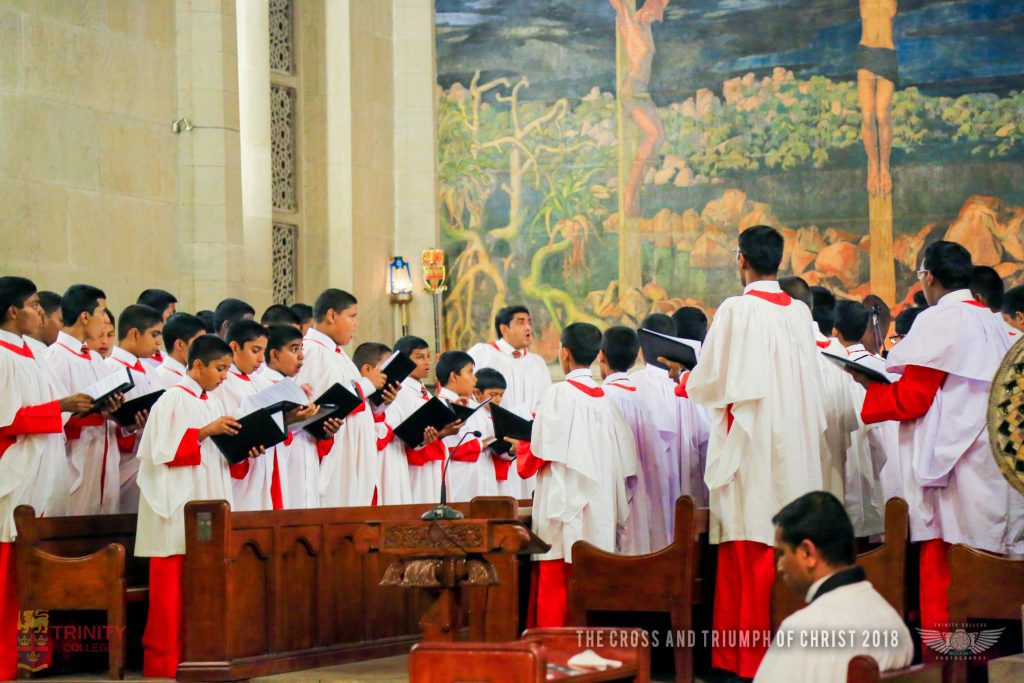 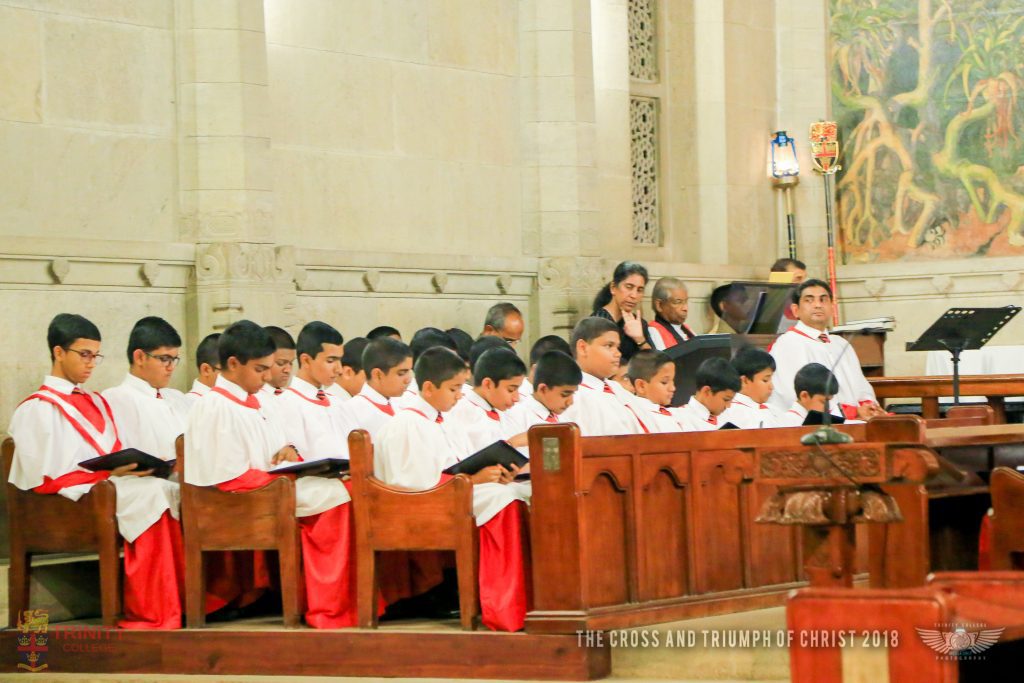 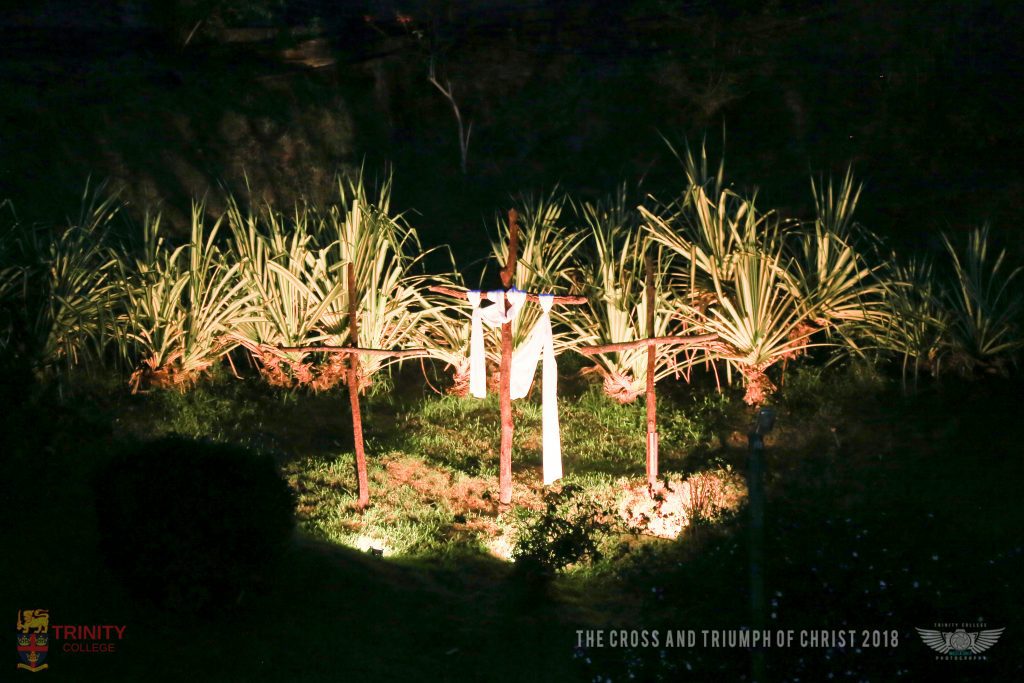 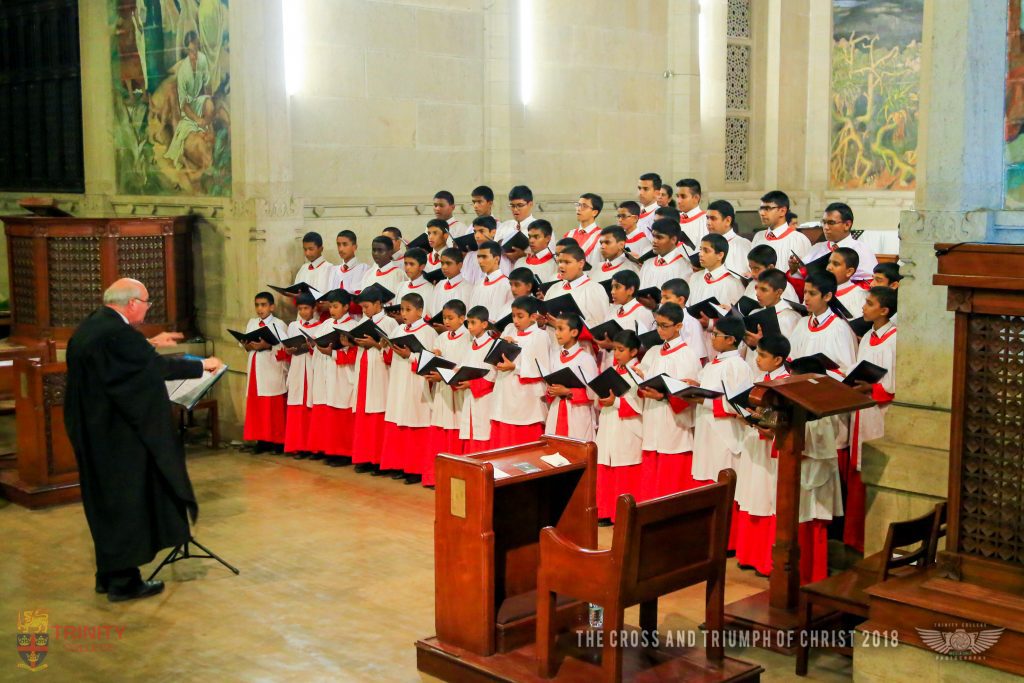 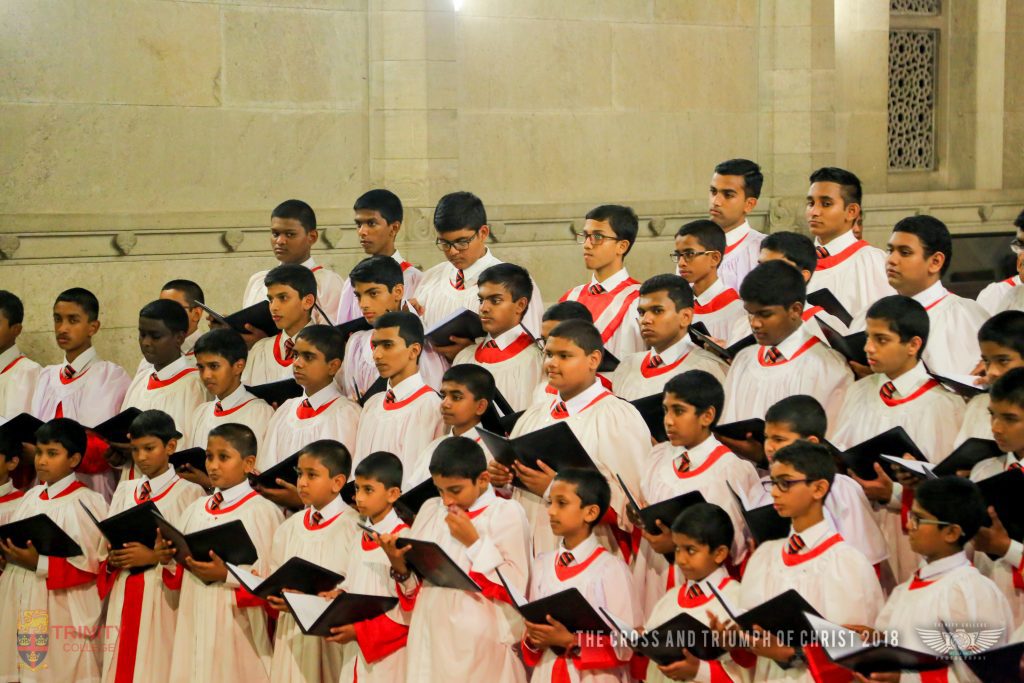 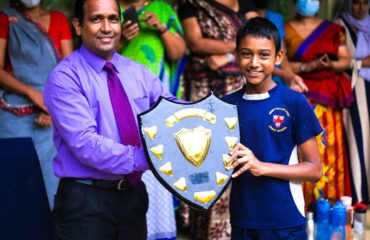 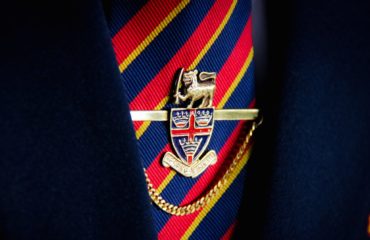 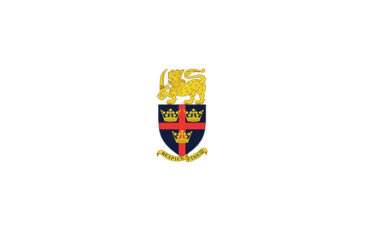