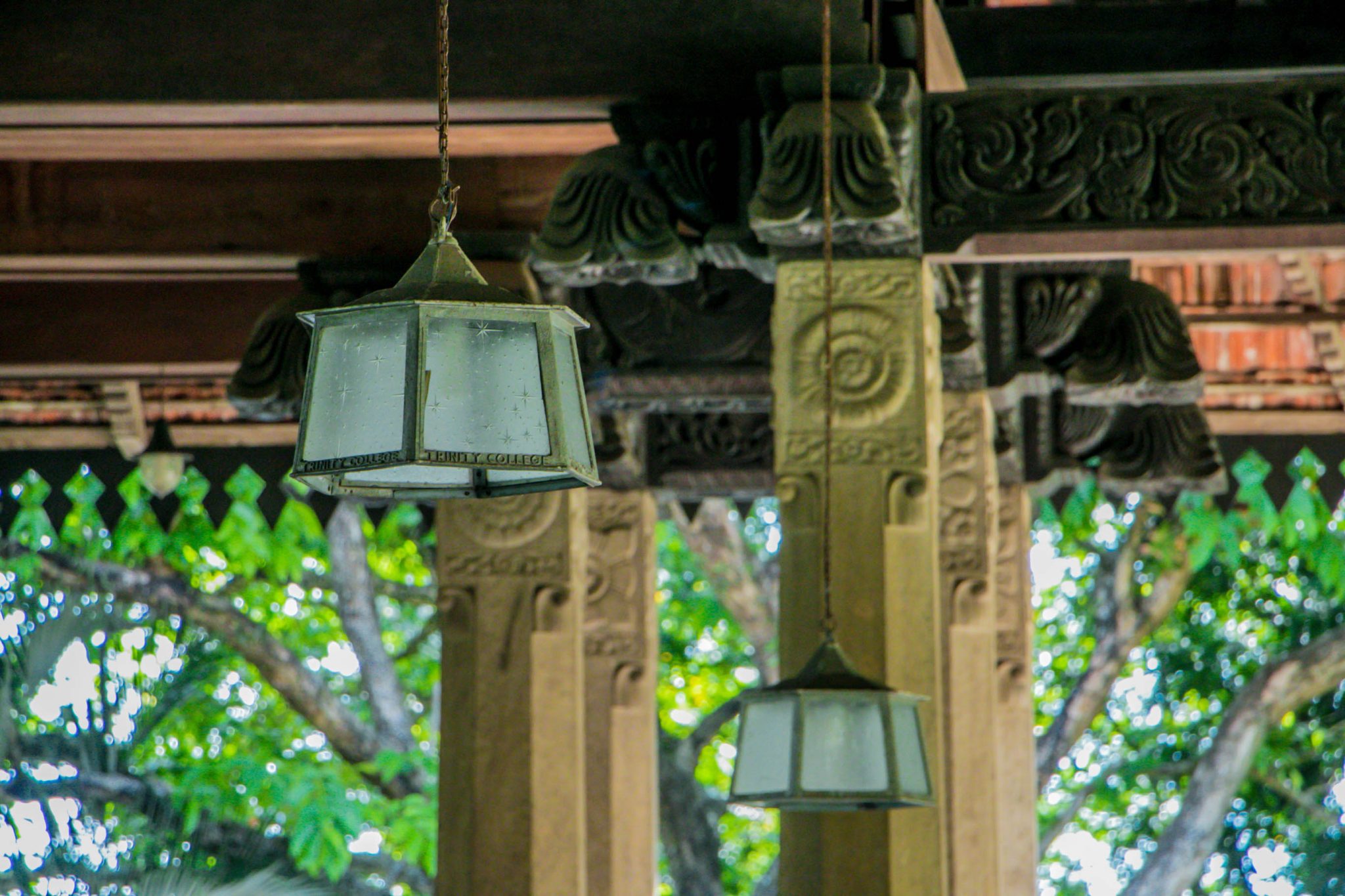 If Ireland Jones founded Trinity, Rev. A. G. Fraser was the one who truly made it the “best school of all.” Many of his contributions to the school still shape Trinity to this day, and he is often referred to as Trinity’s greatest principal.

Before Fraser came to Trinity in 1904, the school was in decline. Discipline had deteriorated under his predecessors despite their best efforts. Boys skipped school and teachers ignored their classes. For example, Vice Principal Rev. A. MacLulich once went for a walk around the lake late at night and encountered several Trinitians returning home after a drunken party.

Fraser had his work cut out for him. It is recorded that only a couple of days after his arrival, the new principal had to cane a hundred boys in a single session. This situation was made even more astounding by the fact that the average age of a fourth form boy (equivalent to Grade 8 today) was recorded as 21 years, never mind the higher grades, while Fraser himself was only 26!  But a new system was introduced which changed everything. He simply elected four boys to look after the other boys. This was the beginning of the Prefect system.

With the selection of those four young gentlemen, he introduced a system that carries on to this day, and is still one of the most important institutions in the school. Soon the system was extended to introduce Monitors and Nominees which has been developed to the current procedure that governs the School Officers’ Guild.

In the next two years, a drastic change was seen in the school. School work improved, discipline went from Trinity’s greatest shame to one of its defining features, and attendance shot up to ninety eight percent, although of course, the school was far smaller then, with only about 500 students compared to the 3200+ we have today.

Another significant accomplishment by him was initiating the building of the Trinity College Chapel, easily one the most iconic building in the whole school. 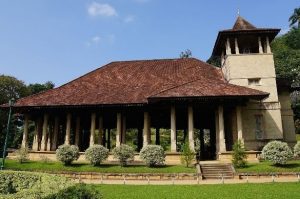 Before the Chapel was created, the school worshipped at Oakley’s church situated on the same site as the current main hall. However, Fraser was dissatisfied with Oakley’s church and, in a letter, he complained the church was “the dirtiest and meanest building on our compound… We cannot improve the building or do anything to it, we cannot even put flowers in it for Easter day… the Sinhalese congregation is going down slowly because of its narrow exclusiveness… largely Trinity boys and the girls from two nearby mission schools that keep it going.”

He decided instead to create a chapel especially for Trinity College. Although the first foundation stone was laid near the site of our main 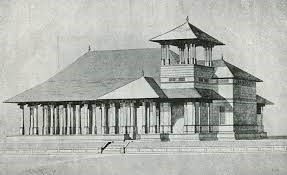 hall, it was soon moved to the old cricket pitch, which was the highest place in the school – “the most commanding site on the compound.”

The man who designed the Chapel, Rev. Gaster, was a gifted architect. While spending a holiday in the ancient city of Polonnaruwa, he was inspired by the traditional Sri Lankan architecture he saw. The influences are clear to see when pictures of the old temples and the chapel are compared. The Chapel is perhaps the finest monument to Fraser’s belief in fusing the best of East and West. 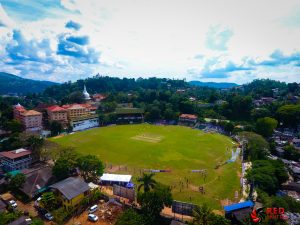 Many wanted a western style of design, but Fraser and Gaster were determined and forged ahead. Today the Chapel is one of the loveliest places in Trinity, or even in Kandy. Truly unique, it is one of the jewels in Trinity’s crown.

The creation of the Asgiriya cricket ground is another accomplishment that was achieved through Fraser’s hard work and passion. In the beginning, the fields available for sports at Trinity were limited, and small. As previously mentioned, the old cricket grounds were situated at the current site of the chapel and by comparing that relatively to the size of modern Asgiriya, it is clear just how cramped conditions were.

Fraser was conscious of the need for a proper cricket field since his arrival, and in 1910 he was able to acquire eight acres which today forms most of the Asgiriya Cricket grounds. At the time, however, it was a steep hillside. The staff and boys themselves helped in levelling the ground. When he was warned that heavy rains would wash the soil away, Fraser, inspired by Dutch methods, had under-surface drains built to prevent the soil being washed away. In the end Fraser’s cricket pitch, had the honour of hosting international matches with teams such as Australia, England, Pakistan and the West Indies. 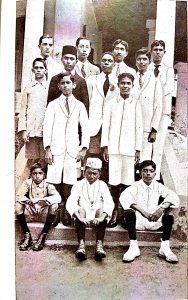 Some of the students of different nationalities who were studying at Trinity in Fraser’s time.

Fraser was also gifted as an educationalist, for example, introducing Sinhala and Tamil into the classroom years before the government did. He believed that it was necessary for the students be fluent in their mother tongue, being shocked to find that when he first arrived in Trinity, many students who wished to serve their country did not know a word of Sinhala or Tamil! Examination results improved tremendously, becoming as good as, if not better than, any other school in the island. Fraser’s belief in a complete education consisting of physical and mental training still carries on today in modern Trinity.

When considering Fraser’s era, there are several facets which stand out. One significant characteristic was his unique approach to education. He believed in an education that had both local and international elements. Although he wanted boys to know their mother tongue and their culture, the education at Trinity was global in outlook, so much so that, during his time, boys of 17 different nationalities made use of the all-round education which Trinity provided.

Second, he was never afraid to be different in the pursuit of his goals. Fraser did not bow to the conventional wisdom of the time, and steadfastly followed his vision for the college. Third, it is often not recognised that he was by no means universally popular at the time. His actions were always calculated to produce long term gains, often ahead of the times. A good example is the plan he announced in his 1908 Prize Day speech.  Fraser’s new scheme included the introduction of science to the standard curriculum  along with the teaching of Sinhala and Tamil languages. Half a century later, much of that plan had become standard government policy. This was also considered an iconic upgrade to the School’s Policy.

Finally, Fraser did not accomplish all this alone. Trinity at the time was lucky to have some gifted individuals who were loyal and steadfast in their support, such as W.S. Senior (the Bard of Lanka), Rev. Gaster (the architect who designed the Trinity chapel), Mr N.P. Campbell (the pioneer of social service at Trinity) and Miss Valesca Reimann (A great teacher and a historian who wrote about Trinity), all of whom played an integral part in the rise of Trinity College Kandy.

When Fraser left in 1924, it was truly the end of an era. He left for Achimota in Ghana. He made such an impact there, that he was honoured as one of the men who contributed to their independence.

The Oxford Dictionary of National Biography, which is by no means produced by Trinitians or Sri Lankans, chose to honour Fraser with an entry which describes him as “the finest colonial headmaster of his day.”

Trinity is thankful to have been served by such a great man whose personality is still admired by Trinitians ‘young and old’.

Glimpses into the past: 125th year commemoration souvenir.

The Oxford Dictionary of National Biography.

A History of Trinity College by Valesca Reimann. 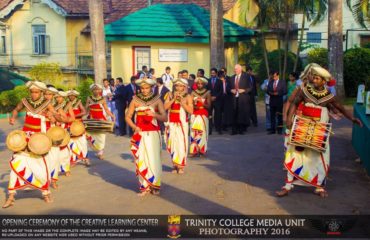