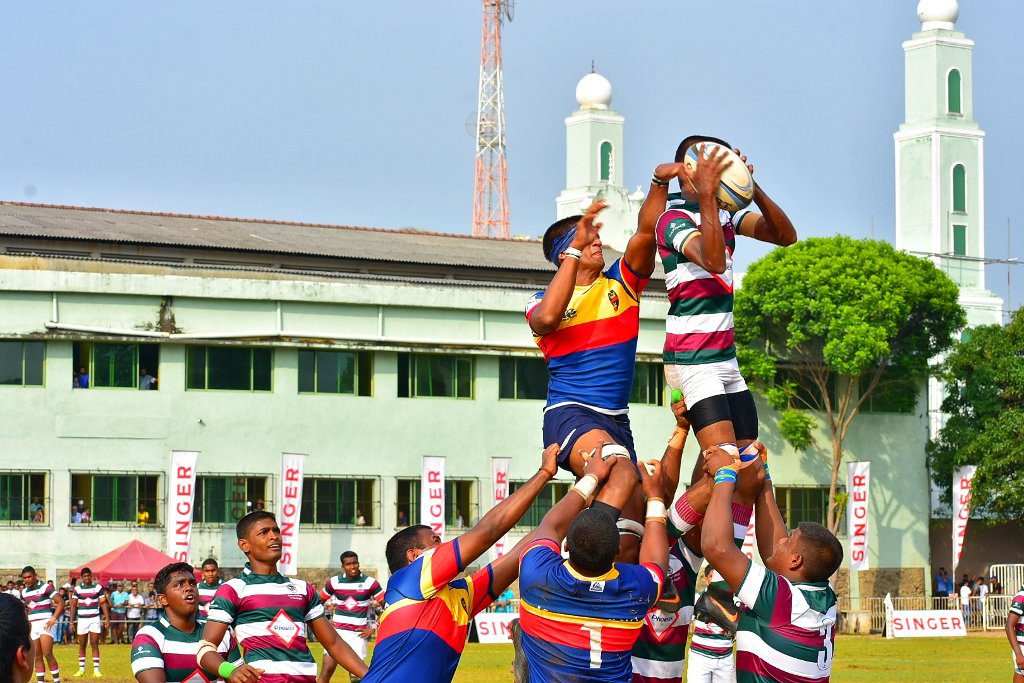 The much awaited Trinity College rugby season 2019 kicked off on the 2nd of March at Maradana, against Zahira College. Although the Trinity team had a few injury concerns, they showed great skill during the 70 minute game winning 22-11, beating one of the first schools to start rugby in Sri Lanka.

The game started off with Trinity attacking from their half and straight away making their intentions clear. 3 minutes in to the game a good bit of play near the touchline saw number 8 Rahul Dhanaraj barging his way to Trinity’s first try of the 2019 season. Fly half Minidu Jayasundara added the extras.

A few minutes later the Zahirians replied through a well struck penalty kick.

This didn’t stop scrum half Tehan Karunanayake from extending the lead, as he stepped his way to touchdown a little away from the posts. Jayasundara made no mistake as he put the kick over to make the score 14-3 in favour of the Lions.

Another penalty given away by Trinity was grabbed with both hand by the Zahirians as they cut down the deficit to 14-6 at lemons.

The second half started with some good rugby from both teams. Minutes into the second half skipper Reshan Bandaranayake made a promising 50m run before offloading the ball to winger Janidu Rathnayake who went over the whitewash in the corner for the first points of the second half.

Zahira answered with their first and only try of the game after building up a few phases. The kick went astray.

Zahira defended desperately but a few penalties helped Jayasundara put over a 3 pointer before referee Dinka Pieris blew the final whistle to ensure Trinity College’s first win of the season.

Rahul Dhanaraj ( Trinity No.8) was adjudged the Player of the Match for both his attacking and defensive work.

After the match the team knelt down on one knee to thank the lord for the victory. 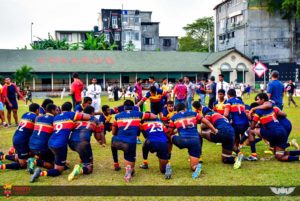 Before the 1st XV game kicked off, the U14 team thrashed the Zahirians 39-05 in their friendly game.

Although the U16 team started off slow in the first half, a good comeback in the second half ensured their first win of the season as they beat the Zahirians 14-3.

A great bit of open rugby saw the U18 team run away with a win by beating the Zahira team 17-0.

The spectators witnessed a wonderful gesture by both teams of Trinity and Zahira College Colombo at the conclusion of the U18 Rugby match yesterday where “true sportsmanship” was shown as the boys took a bow together and shook their hands after the game. 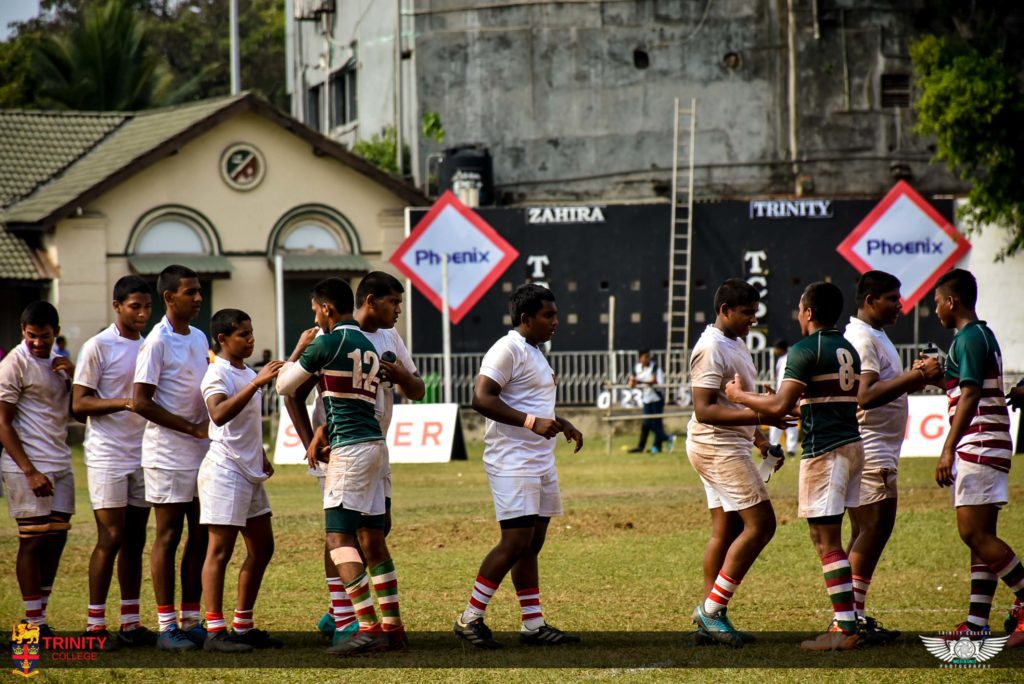 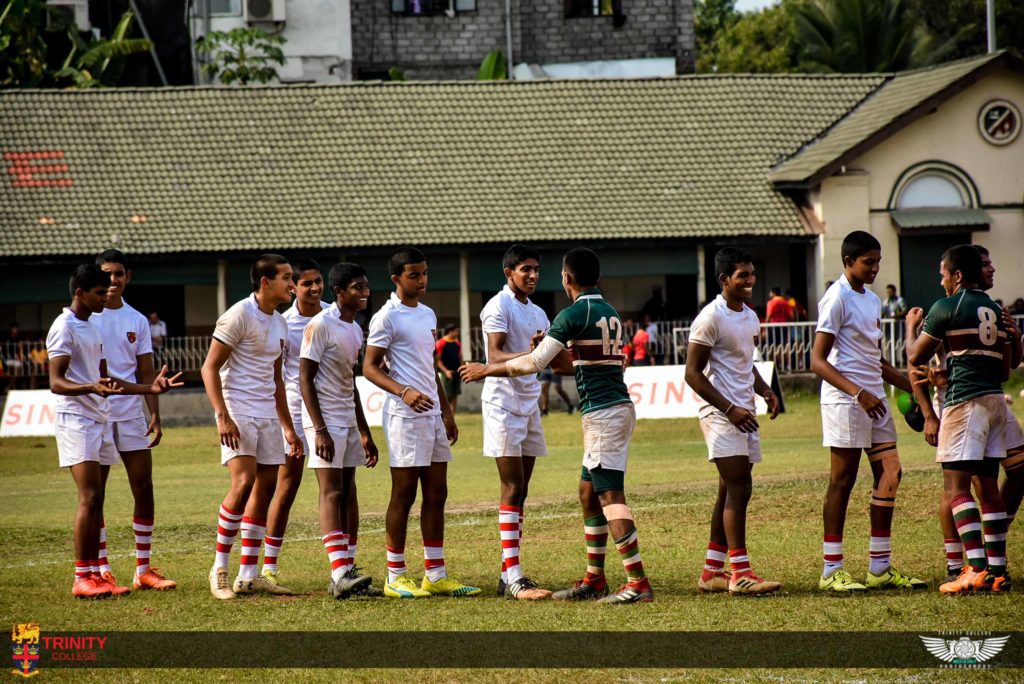 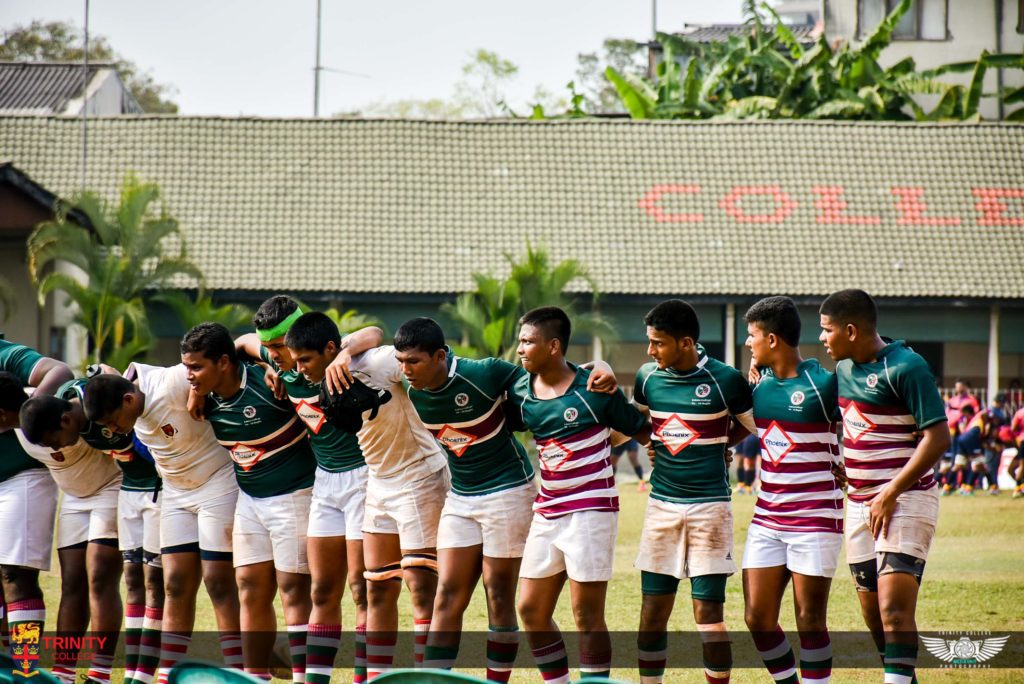 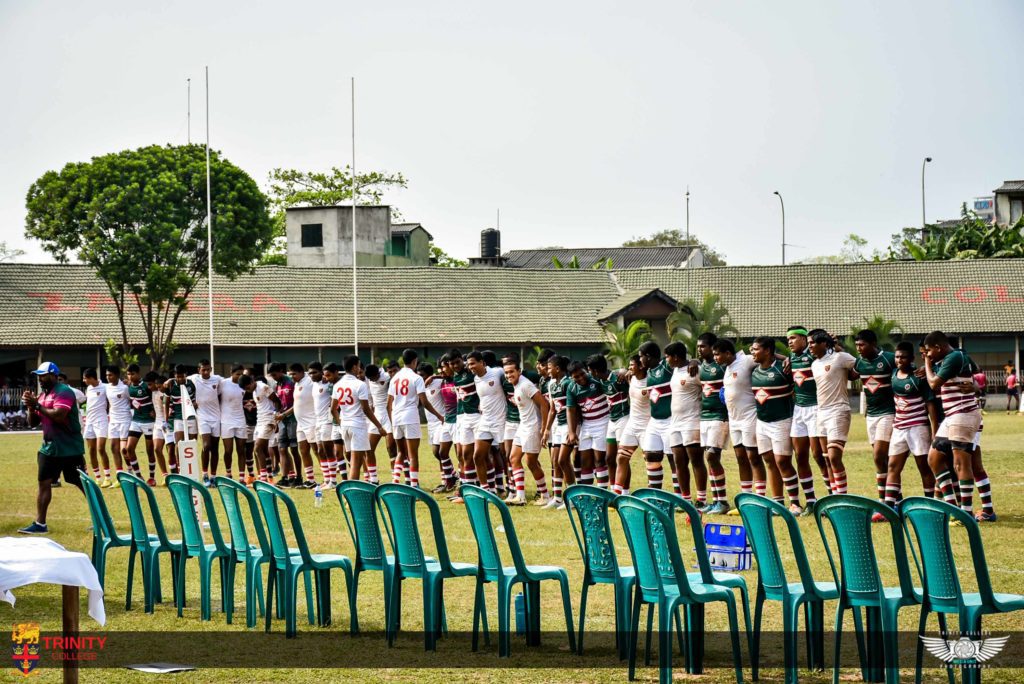 The Trinity 1st XV team as well as the junior teams would like to specially thank the teachers who made their way to Colombo to show their support. It was also nice to note the staff members congratulating the 1XV team after their win. 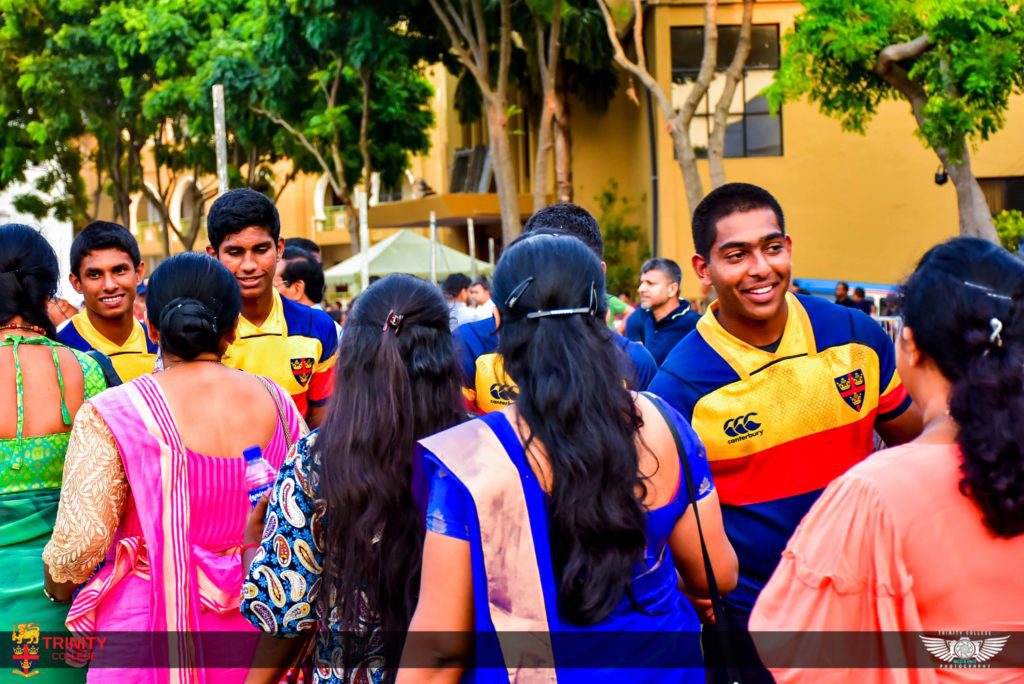 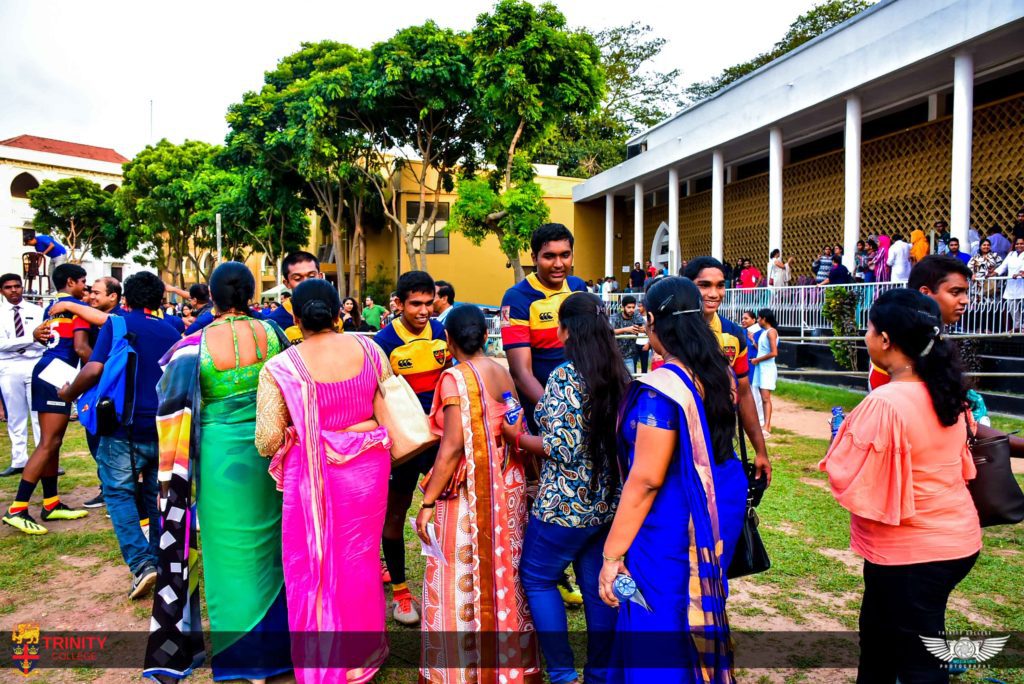 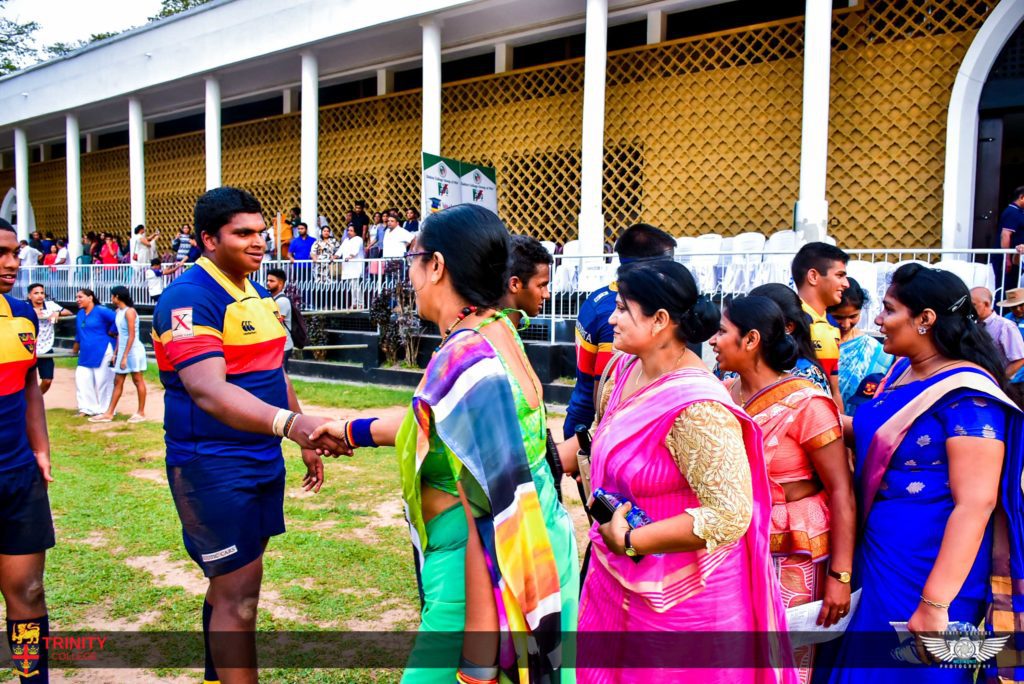 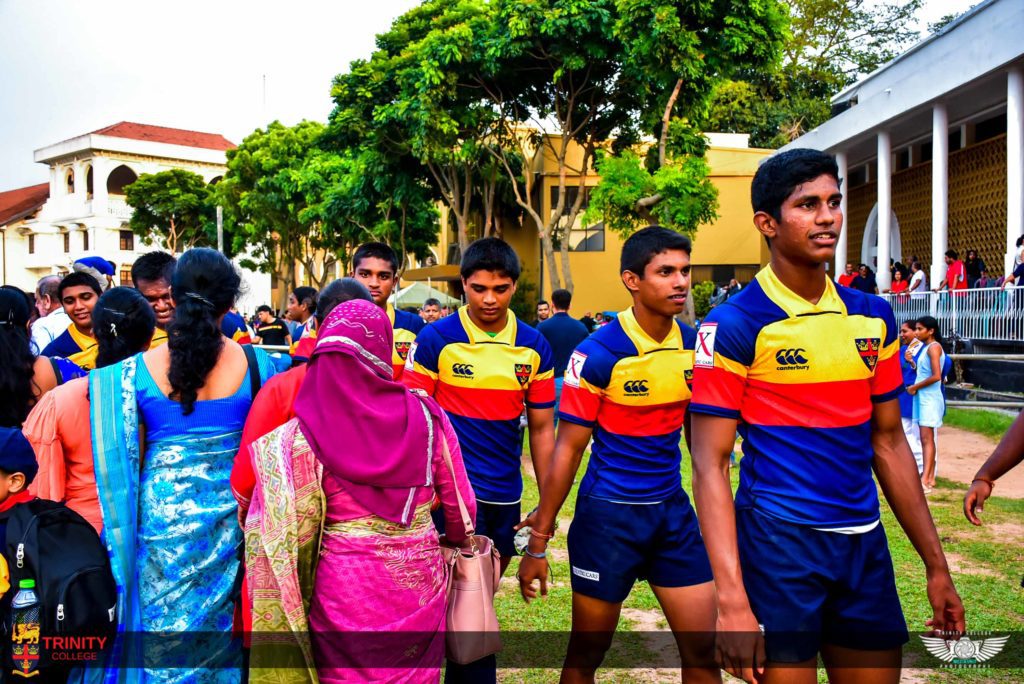 The team would also like to thank Former All Black Rodney So’oialo for supporting the team in every way possible and Mr Inthi Marikar for the guidance given.

アニメ展覧会 – A virtual Anime exhibition by the Japanese Language Society 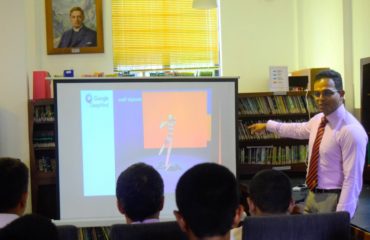