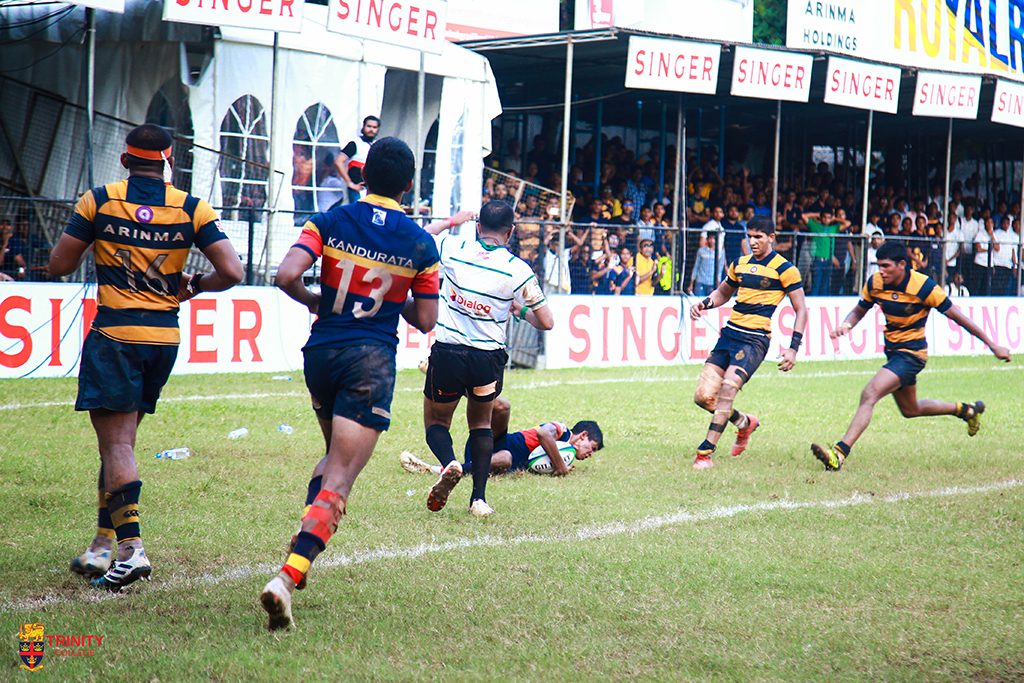 The Trinity 1st XV team who had nothing to lose took the field on the 15th of June at the Royal Complex with the lion on their chest with only one intention, to WIN BACK THEIR LOST PRIDE.

And so they did, as they played 70 minutes of fantastic rugby to beat the Royalists – their last 2nd leg win against Royal was in 2016.

Trinity may have lost the Bradby Shield this year on the aggregate score, but they won something even bigger at the end of the game from all rugby supporters,  ‘respect’.

It was going to be a tough ask for the Trinitians to win the Bradby Shield as they were trailing by 17 points. Many people wrote off the Lions, but the Reshan Bandaranyake led team played brilliantly well from the kick off to win the 2nd leg.

Royal started the game with a kick into the Trinity 22. Royal College pounced on their first opportunity to grab points as they struck a penalty over early on through Dulan Gunawardene, (0-3).

The referee was very strict with the off side line as players from both sides were penalized. Trinity got their first points on the board with a try from their deputy skipper Dhiren Ratwatte, who scored right under the post through a pick and go. Minidu Jayasundara added the extras as Trinity were on the hunt for more points,  (7-3).

It was try time for Trinity again, as Nimesha Ekanayake burst passed a couple of defenders before Minidu Jayasundara went over the whitewash for Trinity’s second. The kick went astray and Trinity went into the break with a good 9 point lead, cutting the deficit on the aggregate score to 7.

Trinity started the 2nd half from where they had left off, as they scored a try on the far corner. Trinity gave Royal a taste of their own medicine as they shoved their way forward through a ‘rolling maul’. Lenox Calyanarathne was at the tail of the maul as he dived over to reduce the aggregate score to 3 points. The much needed kick went astray and Trinity led 17-3.

This 10-15 minutes of play proved to be really decisive as Royal scored two tries in quick succession trough their trademark rolling maul. The kicks were not over on both occasions as Royal increased their aggregate score lead. Trinity were still in front of the Royalists in the 2nd leg score, as Trinity led 17-13.

Trinity hit back hard with a try from their replacement scrum half Koojana Kulathunge. A few phases of play and a lovely offload saw the Trinity no. 22 dive over for a try. Miranga Subasinghe took the kick as quickly as he could and struck it right through the posts. Trinity led 24-13, but trailed on the aggregate score by 6 points.

The game was coming down to a nail biting finish , as everyone in the stadium was calculating the scores to see how many more points Trinity required to win. The roar from the outnumbered Trinity supporters echoed around the Royal Complex. Trinity had already won the 2nd leg for sure, but with around three minutes to go all eyes were on the Bradby Shield.

Trinity started to rumble forward from the kick off. They set a few good passages of play and entered Royal territory. But Royal turned the ball over and thumped the ball into touch to shatter the Trinitians all around the world.

The Trinitians were tearing as they knew that they were so close, yet so far. The Royalist congratulated the Trinity team as they knew that Trinity were the better side on the day. Royal completed a streak of 3 consecutive wins but after a very hard fought battle.

Trinity skipper who was phenomenal at the back in both attack and defence was rightly adjudged the Man of the Match.

On the bright side it was all Trinity on the 15th of June at the Royal College Sports Complex as the junior teams thumped the Royalist by a big margin as well as the 1st XV team.

It started with the U16 game, where the Trinitians were coming off a narrow win in the 1st leg. But the young Trinitians came out firing against their opponents in the 2nd leg as they beat the Royalists 21-0. They won both legs 26-0 on the aggregate score as well, although they don’t play for any silverware. It was important to note that the Trinitians did not allow the Royalists to score a single point in both the legs.

The U18 team led by Kaveen Wijayasena absolutely demolished the Royalists wining the game 31-5, winning the C.E. Simithraaratchy trophy 65-5. A great display of talent from the team in both legs won them some silverware. The team is unbeaten and will look to continue their great form.

Trinity beat Royal in every single game on the day.

The team will look to take this sublime form into the last two games as they would want some wins under their belt. 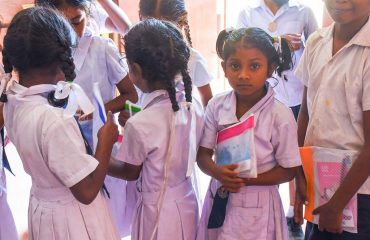 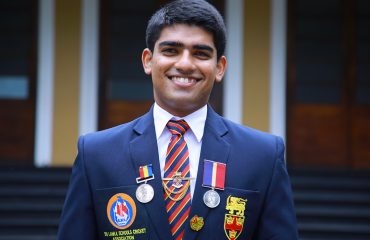 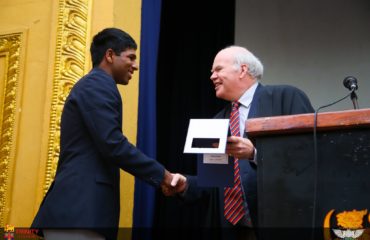 Awarding of Colours and Lions for Karate, Cricket, Basketball and Rugby

9 hours agoTrinity played against Kingswood College, Kandy at a friendly football match that resulted in a 01 – 01 draw. Read… https://t.co/yqFH0vGOwZ
11 hours agoSpeaking up is your choice! The English Debating Society is pleased to announce recruitment of new members from Gr… https://t.co/gFSl9662Yz
20 hours agoApplications are invited from students of Local and International Schools who wish to join Trinity College for Grad… https://t.co/VoDX8dBjs3
2 days agoOur congratulations to the Trinity College Rugby Football Team for winning the Rugby Encounter played against St. A… https://t.co/prozP7K50v
Follow @TrinityColKandy