Built along the lines of Sri Lankan and Kandyan architecture and dedicated to the service of God in 1935, the Trinity College Chapel stands in a serene environment of the School. The Chapel is known to be one of the finest architectural undertakings in contemporary Sri Lanka.

The murals done by David Paynter on the walls of the Chapel are regarded as unique examples of Christian art in Asia, painted as they are on the bare surface of the granite walls. Local scenery and local models were used to depict Biblical stories in order to give them an indigenous character and validity. 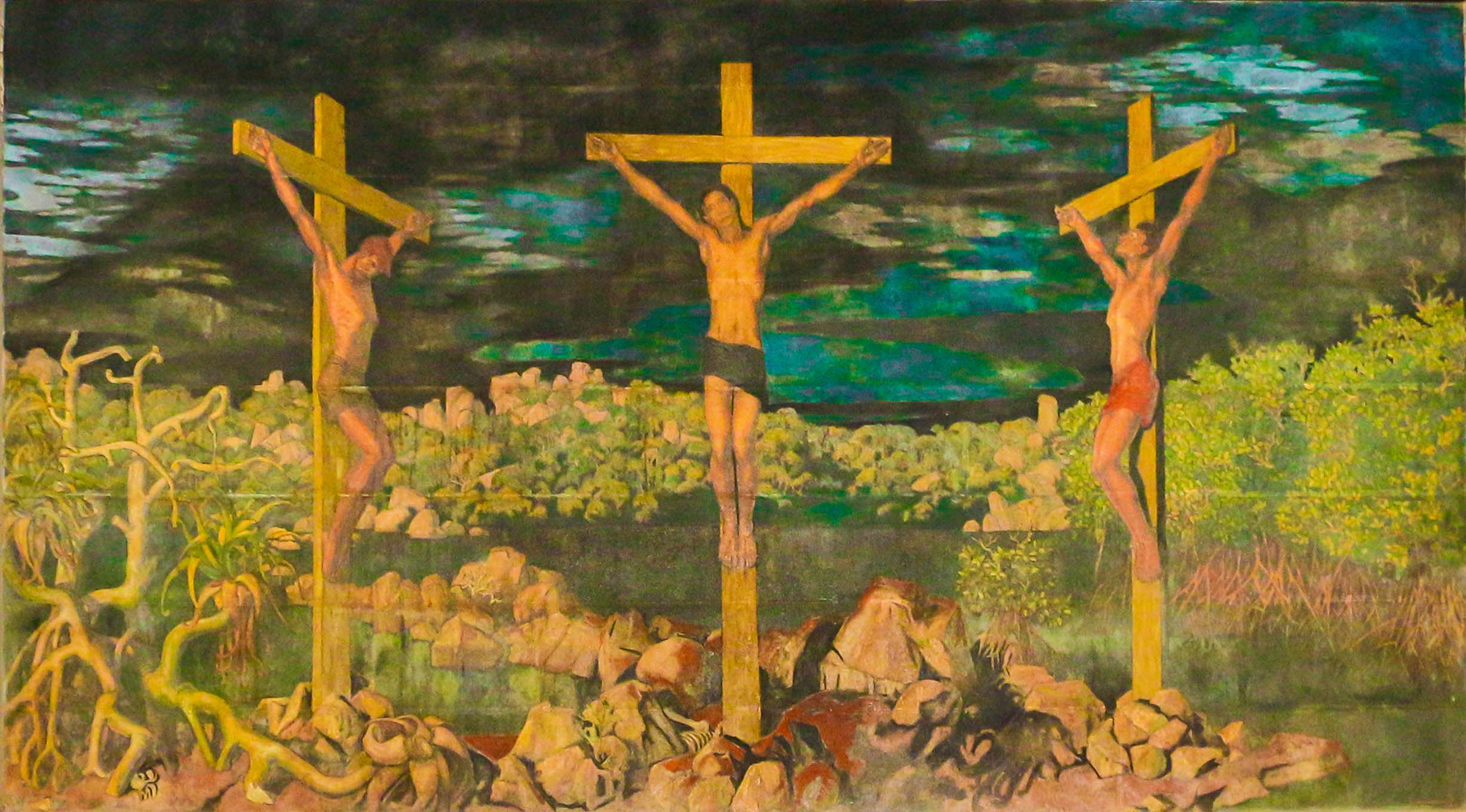 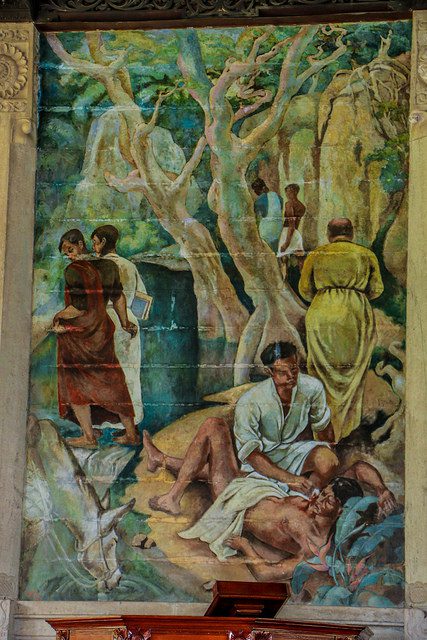 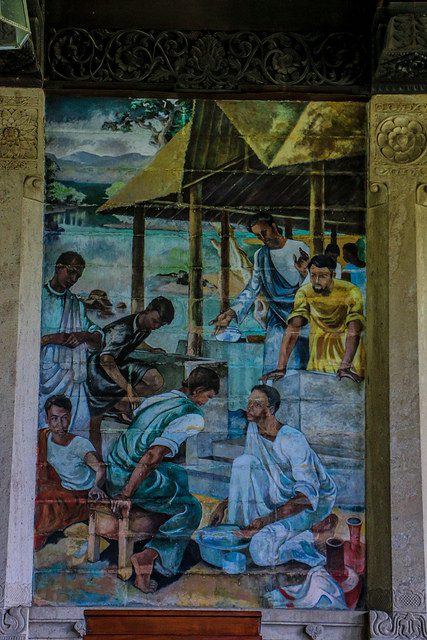 It would be of interest to note that David Paynter, an old boy of Trinity, was a pioneer creator of a Sri Lankan idiom in what was essentially a Western art form The monumental work of architecture in the Chapel was exemplified by Paynter’s work on the murals, “an European world view rooted in the vernacular of the land”.

He was a respected sportsman, having boxed and played rugby. When he returned to Trinity in 1925 to work on the murals, he also taught art, coached school sports teams, and indulged his fancy for theatricals; he spent school vacations under canvas in the jungles painting. 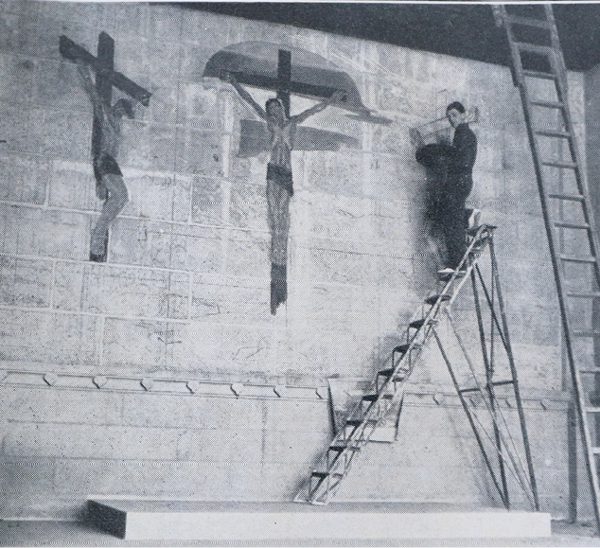 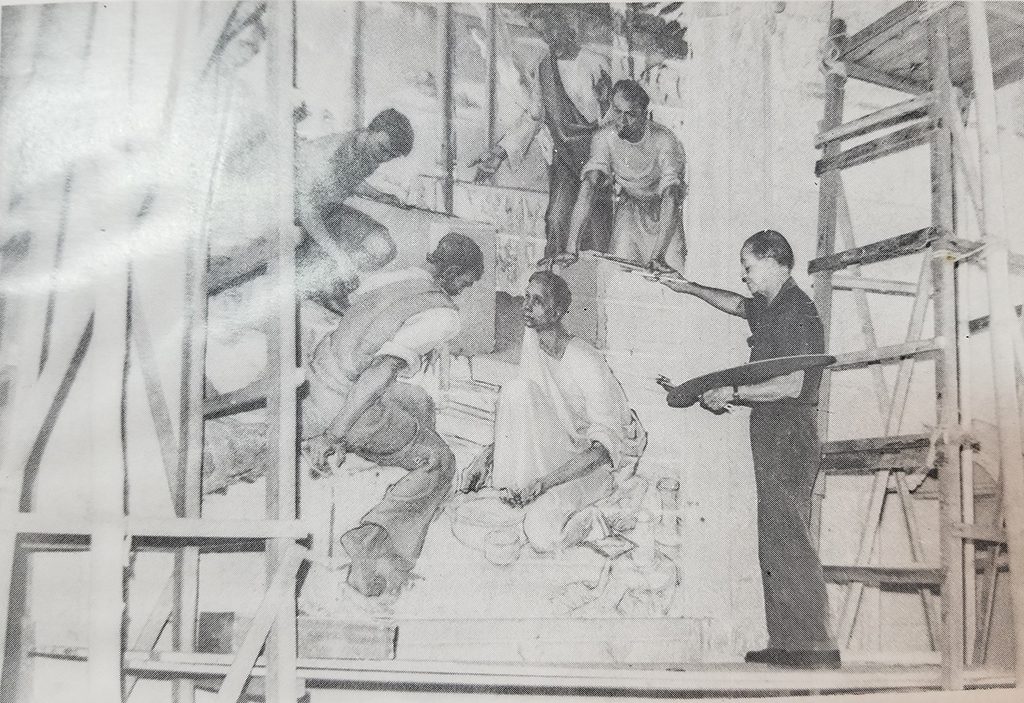 David Paynter working on the “Washing of the Feet” mural

In 1954 the original corrugated zinc roof sheets were replaced with calicut tiles., During the course of the re-roofing, the murals above the pulpit and lectern were badly damaged. Paynter subsequently repainted these murals, completing the work in 1957.

The same murals were re-touched by Stanley Kirinde in the 1990’s.

Present condition of the murals

Due to the murals being open to the elements for many years, they are in dire need of restoration.  The paintings have suffered from several agents of deterioration: rainwater and contaminants being the main culprits. The impact of light or visible radiation and ultra-violet radiation is greater on the front murals, compared to the Crucifixion mural and the one inside the Side Chapel.

The dissociation of paint particles is considered to be another cause for the deterioration of the murals. Whitish lines in a rectangular grid (corresponding to the stone block dimensions) are now clearly visible on the murals.

It is estimated that within the next 90 years, this deterioration, if left unarrested, will escalate to the extent that the murals may not be visible.

We believe a full restoration of the murals would help these paintings to last longer physically and aesthetically at the Chapel.

The College is planning to tackle the deterioration of the murals in the following manner:

The civil work in connection with the roof repair has already been completed and the result is currently under observation. Old boys and well wishes who wish to be a part of this restoration project are welcome to write to info@trinitycollege.lk for further information. 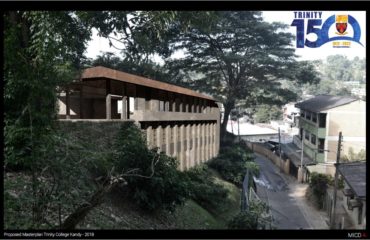 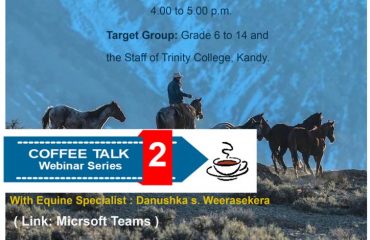 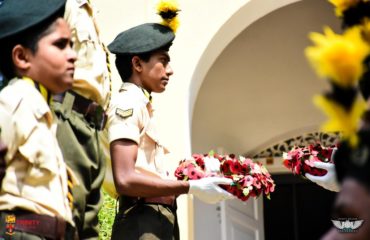