It has been quite dispiriting for many of us to stay at home for almost five months. Fortunately, the boys in grade 5 found themselves taken on an interesting nature walk on Friday, 28th August 2020. This gave them a chance to be outside, stretch their legs and be with their friends!

Of course, the walk was to our neighbourhood forest, the Udawatta Kele forest reserve, also known as the Royal Forest Park of Kandy.

Two groups consisting of 180 boys escorted by 23 teachers went into the grand forest at around 9.00am. They were welcomed by a forest guide who briefly explained the history and the importance of the forest. The boys were able to answer many questions the guide asked. It seems they actually did some homework before the visit!

The Acting Principal, Dr Nalin Wikramanayake, the Co-Vice Principal and the Headmaster of Junior School, Mr Ananda Marasinghe also joined the two groups on the walk. Dr Wikramanayake provided few binoculars to the boys to spot animals and various trees.

Mr Marasinghe, whom we all know as a man of information, explained to the boys about the history of the forest and the various plants they spotted on the walking pathway.

They visited some of the important places in the forest, including the water pond, the view point, and Senkanda cave. Unfortunately, they could not see the Garrison cemetery as the road was closed.

Another interesting thing they saw was the giant 200 to 300 years old “Pus Wela” or “Entada pusaetha liana” moving from one part of the forest to the other. The boys found it to be scary and wonderful at the same time, and they assumed it is the official transport of their friends, the monkeys!

They saw trees like jack, wal-del, giant bamboo, palm, iron wood, mahogany and goraka. And, animals such as a barking deer, scorpions, butterflies, monkeys, and a rabbit.

One could clearly hear the noise of the nearby Kandy town when inside the forest.

It was also nice to see that some of the boys were taking down notes while on the walk. It was probably to write their essays on the visit.

After almost a 5km walk, the two groups met together for few class photographs at the forest entrance, and returned back to College. 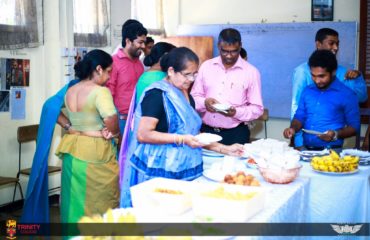 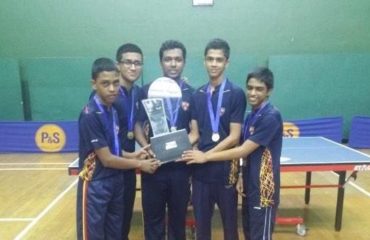