The funeral of Dr Robert Grant Sourjah was held in Sydney, Australia  on 9th October, 2020 in the midst of Covid restrictions and was thus in the presence of a very limited gathering as per guidelines prevailing in Australia:
A congregation of only 20 persons was permitted in the Chapel, while 80 were allowed to gather outside the Chapel.

Dr Sourjah was a Trinity stalwart in every sense. The epitome of a complete Trinitian during his school days and after, he kept the College flag flying high in every aspect of his life.  At his request even his funeral was very much with the involvement of the school he loved so much.   His casket was draped with the College tri-colour, his Rugby Lion was placed on it, and the casket was kept at the door of the Chapel till the College song and  “Wrap me up in my Trinity Blazer”  were sung.  The well-loved Trinity dirge unfailingly brings tears to the eyes of any Trinitian, and that was very much the case at this service.

Robert Sourjah joined Trinity at the age of 9 in 1935. Rev John McLeod Campbell was in his last days as the Principal at that time. He later came under the Principalships of Rev R.W. Stopford and Mr C.E. Simithraaratchy.

He has shared his many memories of Trinity which have been published elsewhere, but special mention should be made of the first Bradby Shield encounter. In 1945, the Principal of Royal College, Edward Lawrence Bradby offered a Shield (now popularly known as the Bradby Shield). The first Rugby captain of Trinity who led the team against Royal for this coveted trophy was Robert Grant Sourjah.  It is of interest that the 1945 Trinity Rugger team produced five doctors, four engineers and a nuclear physicist. Robert had won his Rugby Lion the previous year, in 1944.

Though he was not a hefty individual, he played in the position of prop forward.  Apart from being a highly talented sportsman he was also a very good student, and entered the medical faculty after his school career. While at university he played for Havelocks Sports Club.  Havelocks had been a great side at that time.

During his tenure at Trinity, Robert Sourjah came under the tutelage of many legendary teachers.  He also had the privilege of being introduced to Rev A.G. Fraser himself during his visit to Trinity in 1945, when he visited Trinity 20 years after his departure. Robert had this privilege as he was one of the four Prefects of the College. A Prefect represented each House, and Robert was the Garret House Prefect.

He had had a dream of becoming an “Aeronautical Engineer” an enthrallingly new field in that day and age. He had completed his HSC and got entrance to the engineering faculty at the university. However, it was not to be, for Mr CE Simithraaratchy, the Principal summoned him one day and told him “Sourjah, you are going to study Medicine. I have lined up your teachers and you will sit your HSC again in one year but take all the subjects necessary to get into medical school”. So it was…… Dr. R. G. Sourjah MBBS, FRCP was the result.

He received his Fellowship from the Royal College of Physicians, England.

He has said his thirst for knowledge was stimulated at Trinity. This says a lot not just about himself, but also about his teachers, whom he always held in the highest esteem. Whilst practising as a Consultant Physician, he qualified in himself in the 1970s with a DSc in Acupuncture. This was at a time when acupuncture was frowned upon by the Western medical fraternity.  He qualified himself as a Gemmologist and as a Travel Agent. He was proficient in six languages, the three widely used in Sri Lanka plus Spanish, Japanese and Arabic.

He served in many hospitals including Colombo, Dickoya, Anuradhapura, Matale, Kegalle, Kurunegala, and Kalubowila, and taught at the University in Colombo while in Government Service before retiring, and then had a stint at Aramco in Saudi Arabia.  He thereafter returned to Sri Lanka and was a much sought after Consultant Physician in Colombo till he and his wife Inez (nee Jackson-Smale) decided to migrate to Australia. His wife’s brother, Alistair Jackson-Smale was Robert’s classmate at Trinity.

He was Trinity’s oldest Lion at the time of his demise.

He and his wife would visit Sri Lanka every year and meet all their friends. It was very interesting that their friends included the classmates of their two sons (both Trinity Lions themselves). Such was the ease with which he and his wife were able to connect with people.

He would often time his visits to watch at least one of the Bradby Legs. Unfortunately, the time taken by the Schools Rugby officials in finalizing game dates sometimes ended up in flights already being booked by them, and the matches finally being played outside their holiday in Sri Lanka.
He however made it a point to be present in 2013, when his son Rohan, who captained Trinity in 1975, was the Chief Guest.

Trinity has lost a stalwart, but he will live long in the heart of Trinity and Trinitians.

May the turf lie lightly over him. 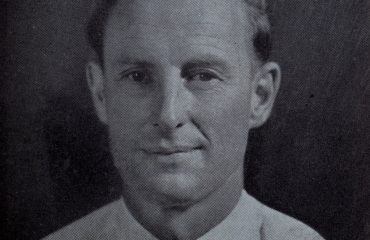 The story of Major Gordon Burrows 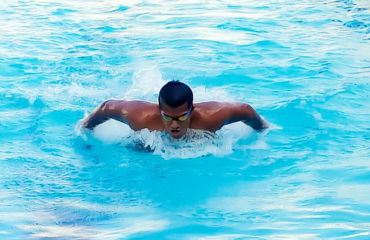 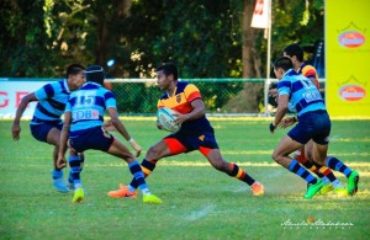