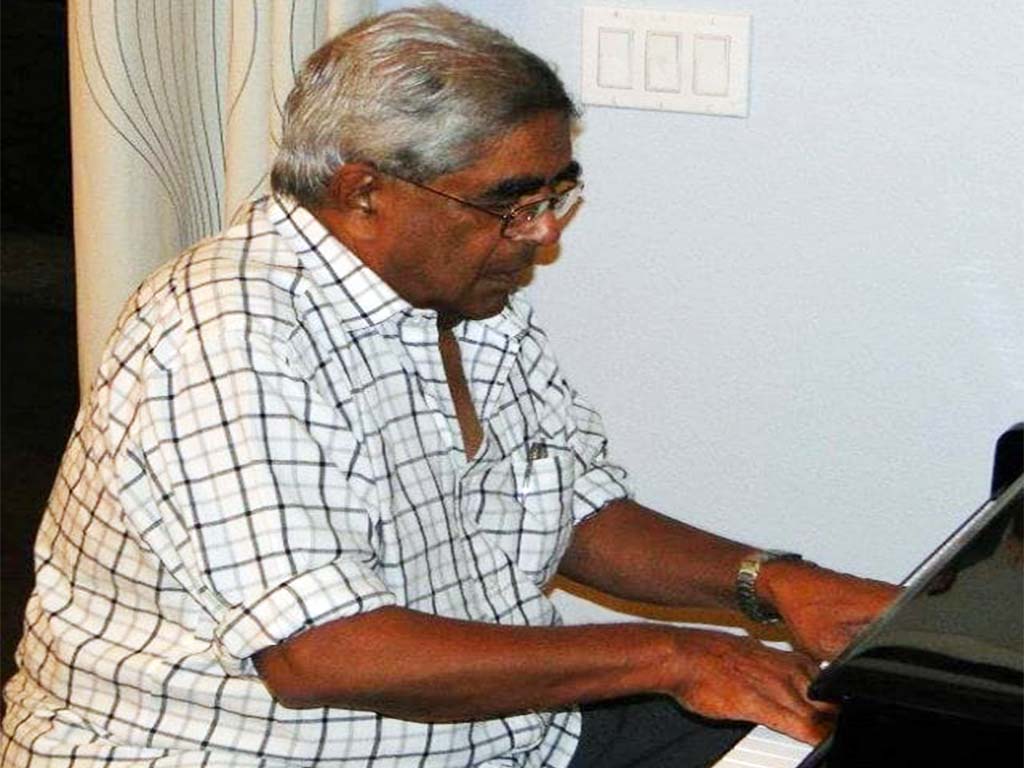 The year was 1966, and a day scholar who sang treble in the Choir and had arrived early for the 6.30 pm practice was standing by the main entrance to the Trinity College Chapel when a man who could not have been more than 15 years his senior, climbed up the steps to the Chapel, bade him good evening, and exchanged a few pleasantries. Once practice began, Mr. Brown who at the time was the Choir Master, invited this young man to the Choir stalls. The choristers, out of curiosity, watched as he walked in with a slight limp. Mr. Brown introduced him as the soon-to-be Choirmaster of Trinity College Kandy. His name was Ronald Thangiah. Ronnie, as he was fondly known, was an affable and charismatic young character who had joined Trinity College merely to take up a job but he soon fell in love with the Chapel and the homely welcoming environment of the school. As an Old Boy of S. Thomas’ his consistent teasing of the school was soon gotten accustomed to. Mr. Ronnie Thangiah, who was a passionate, versatile musician, was suitable to be the Choirmaster to resume Maj. Gordon Burrows’ work at Trinity College.

Besides training the Choir, as an outstanding hockey player at S. Thomas’ College, he was invited to be coach and acting Master-in-charge of Hockey for the under- 13 and under 15 teams of Trinity shortly after his arrival. Mr. Thangiah’s post as MIC was temporary. But even through the course of his old age, his love for the sport of hockey remained unchanged.  In addition, Mr. Thangiah was also House-Master of Alison and a drama fanatic, producing plays for the Choir to perform including cast members like Lt. Col. Leonard de Alwis who was a chorister at the time. His enthusiasm for drama played a vital role in Trinity’s Centenary Celebrations when the Choir performed a 3-night show of the famous West Side Story. He was also in charge of the TCLA at one point. This combination of roles committed him to the life of Trinity—one that could never be forgotten.

In addition to the Choir and hockey, his contribution to the forming of the Glee club was also an important part of his life at Trinity which then led to the beginning of Middle School singing groups. Mr. Thangiah also worked closely with the Principal Mr. C. J. Oorloff as the Principal’s Secretary and continued most of his work after Principal Oorloff left in 1967.

Mr. Thangiah was remembered fondly specially during Choir trips when he would strum his guitar and sing many classical and popular tunes in his gravelly voice. His ability to play by ear came in handy and the boys would sing their hearts out with cheek-to-cheek smiles. Though the room was filled with the unbearable deafening tones of hoarse voices from all over from singing for hours, it brought out the little children in them and livened up the room with ecstatic energy and fun.

His deep love for Trinity brought a new sense of passion and excitement into the Choir, and the bond he shared with his fellow choristers did not stop at the end of Choir Practice but also in the bus rides with some of his choristers in the initial years. Next to S. Thomas’ Mount Lavinia, he considered Trinity as his second home especially after he was appointed Alison House Master and lived in the quarters attached to the dorm with his family. Mr. Thangiah loved the community life that living on the premises provided, and he became especially attached to the Chapel as Choirmaster. The brotherhood in the boarding drew him to spend his time with the boarders. Mr. Thangiah’s life at Trinity was a complete and full one, experiencing every part of college. His love for Trinity grew so deep, that he composed the “The School on the Hill” to express it, as it so wonderfully does, all-encompassing “Trinity” in one scene.  The Choir performed it at the farewell of another icon of Trinity, Mr. G.Y. Sahayam. The Choir continues to sing it at the end of its last practice of a Term.

As many might remember him, Mr. Thangiah was faithful to where he was called to serve. He never hesitated to speak up for what was right, so much so, he was known to walk up to the principal’s bungalow to make his point if participation at Chapel events was neglected. This he did not forget to teach the Choristers. He was one of the rare stalwarts who upheld good traditions and passed them on to the next generation. He taught not only singing and music to the boys, he taught them life!

Joining School in 1966 and leaving in 1973 and rejoining later in 1986 to serve 27 years, Mr. Ronnie Thangiah had his last practice at the Chapel, at the end of September 2006.  As a chorister recalls: “It was his last day of practice, I’m not sure what we would have practiced, but afterward we went to our usual spot by the pond, had chocolate cake and sang “Stand by me”. Then he said goodbye and walked out to his car and left. And we cried.”

Mr. Thangiah had a special place in his heart for the Choir and the choristers; they held each other in a mutual respect. He is well remembered as a person who cared for and helped the choristers in every way he could. In the later years, he would go out of his way to drop choristers who had no transport after Choir Practice. His home was always a welcoming place where many a chorister would go to seek his counsel.

Naturally, bringing the Choir to a high standard with an enjoyable array of music was his mission, but he considered the time he spent with these young boys as the highlight and the most beloved moments for him. He was a fascinating musician, mentor, and a friend to the boys. His usual quote after Carol Services, “they are a great bunch of boys- Carol Services are the by-product” is what evolved as the Choir’s tagline today, “Where singing is a by-product”.

The end of another September 10 years ago, he bade farewell to his earthly life. The present Choristers did not know him – at least in real life. But the Choir will never lose touch with the spirit of his undying legacy and will always treasure his love for the Choir, shown in who he has been, and what he has contributed.

The Author is thankful to Mr. Paul Jeyaraj, Prof. Walter Perera and Old Choristers who shared their experiences and memories for this article. 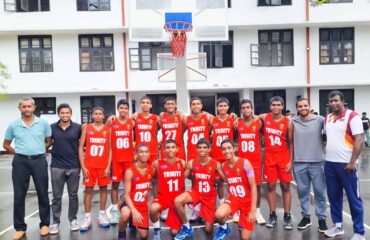 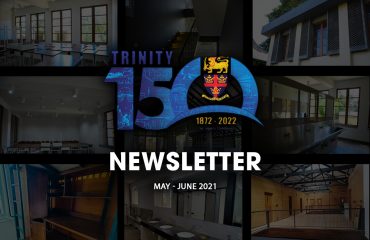