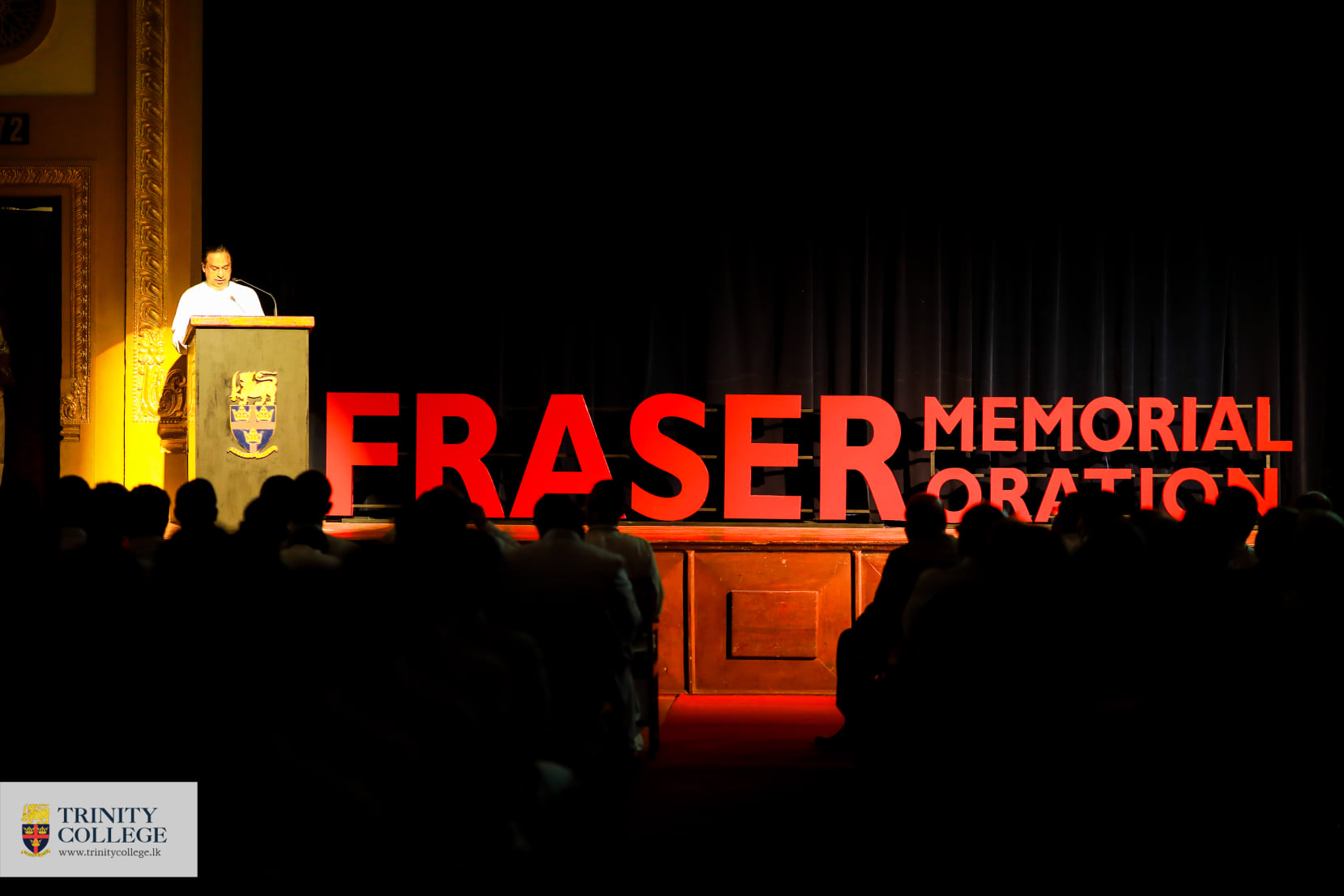 The inaugural Rev AG Fraser Memorial Oration was held on January 17th 2022, the Founders’ Day of Trinity College, as a key event of the College celebrating her Sesquicentennial Year.

This Oration, which will be held annually, is dedicated to celebrating the Life and Work of Rev AG Fraser not only as Trinity’s Grand Principal but as arguably the finest Educationist of the day in the British Empire.

It has oft been said that “If Ireland Jones founded the College, Rev. A. G. Fraser was the one who truly made it ‘The Best School of All’”, certainly one of the leading schools not just in Ceylon but indeed outside her shores as well, considering the substantial number of boys from other countries who were educated here.

Present for the occasion were the Venerable Mahanayaka and Anunayaka of the Asgiriya Chapter, a Senior member of the Maha Sangha from the Malwatte Chapter, the Bishop of Colombo, the Bishop of Kurunegala, the Bishop Emeritus of Colombo, His Worship the Mayor of Kandy, and several dignitaries.

A short video clip regarding the Rev Fraser was screened thereafter.

The topic of the Oration by Prof. Ranasinghe was “Towards a Lasting Trinity College Kandy.” In his speech, Prof. Ranasinghe discussed various aspects of the current educational system, Trinity’s approach, and suggested several reforms. The video of his oration can be viewed at the end of this review.

Following the oration, Dr Romesh Ranawana responded. He explained how modern education can be delivered by blending AI and new adaptations of technology in our current education system to initiate a new curriculum at Trinity College Kandy and the entire country. Dr. Ranawana focused on using technology to introduce objective teaching. The students were drawn to how the new curriculum would enable the use of technology, opening opportunities to learn, innovate and execute 21st century programs while perceiving education from the student’s perspective, allowing them to progress at their own pace.

After the conclusion of the response, Prof. Ranasinghe and Dr. Ranawana, were invited to lead a Question-and-Answer session. They discussed some very insightful questions raised by members of the audience.

The event concluded with the Vote of Thanks delivered by the Senior Prefect Dulara Alawattegama. 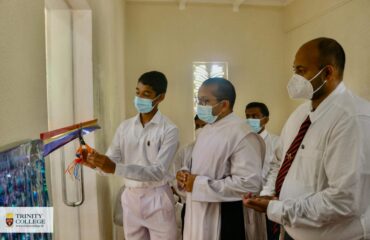