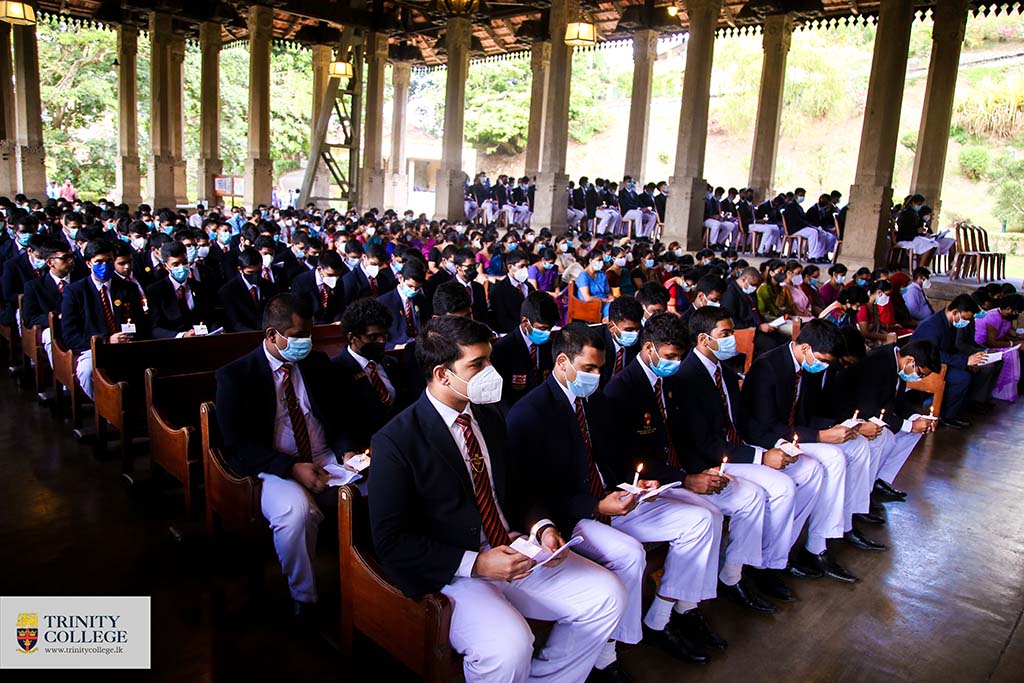 “The land of youth and dream…”

Time does fly by.

Fourteen years ago, I walked in through the gates of Trinity for the first time, confused; the same as any other six-year-old on their first day of school. Needless to say, I was completely oblivious to the enormity of where I had walked into. Surprisingly though, it took me nearly a decade to realize this in its entirety. In the meantime, however, unbeknownst to me, I was being transformed.

“The men that tanned the hide of us,
Our daily foes and friends,”

The beauty of a Trinitian classroom is how static it stays at the core, through the years. Although the cheery waves of hands have now turned into firm handshakes, although the pointless chatter has now turned into deep conversation, the warmth and inclusivity of walking into the classroom has remained unchanged, fourteen years on. The fact that it persists, even after many iterations of classmates, shows that it isn’t coincidental. Fundamentally, the classroom at Trinity has always been more than just a place of learning. We’ve always been taught to mature mentally and socially, just as much as we’ve been taught to mature intellectually. Differences were put aside, and a sense of harmony and brotherhood was instilled. Such is how I met who I already know to be some of the most amazing people I would ever meet.

We have gone through so much together. We’ve played together, fought together, fooled around together, learnt together, laughed and cried together, but most importantly, we’ve grown together. We walked in as complete strangers to one another, and we leave as anything but. We were, (and certain teachers can vouch for this) unbearable at times, but meeting teachers from years back, and seeing them hold back tears, must mean we had done something right. If we meant anything to them, they meant the same, and more, to us.

“And where’s the wealth, I’m wondering,
Could buy the cheers that roll,”

If there was one place where this togetherness was on full display, it was at school matches. The sights and sounds of the Trinitians in white were spectacular, least said. In chants, everyone joined in. The presence that Trinity had on the field was, and still is, gargantuan. In every score and every concession, in every victory and every defeat, we were never silent. I, regrettably, have never been a sportsman at Trinity, but if it feels as surreal as it does on the sidelines, I can only imagine how it must feel on the pitch. What’s even more astonishing yet, is the decorum maintained throughout it all. In times when hooliganism is synonymous with schools’ sporting culture, it is refreshing to see Trinity having its sportsmanship extend to the crowds as well.

Never did I think that I would be missing the sheer joy of being a part of a brilliant Trinity crowd, as much as I do now.

“Yet here shall beat the heart of us,
The school we handed on.”

For the last time, I walked out the very gates I walked in on day one, metamorphosed. Fourteen years is no short time, but then again, time does fly when you’re having fun. I was pleasantly surprised, and touched, to hear that some of my teachers from over a decade ago, still remembered my name. It shows, firstly, how profound of a connection our teachers had with us, but also secondly, how fourteen years just breezed through. Some of the fonder memories of Junior school, I still remember flawlessly to this day. It is heartwarming on one hand but worrying on the other.

In light of what Trinity has done for me, what I’ve done back is microscopic. It is a weight I’ve carried for a while now, ever since the realization of how extraordinary Trinity is. Even among my colleagues, there are several who have brought massive glory to the name of the school in their own specialties. They’ve added to the legacy of Trinity. I haven’t. But it is the very same cohesion and brotherhood that I have imparted in me, that makes me think, “We did great, together”. I hope, sincerely, that the endeavors of my peers are enough to overshadow the lack of them in me. However, an entire society waits outside the gates for us. I would be content with myself, knowing I would be doing Trinity justice, if I put my learnings and experiences at school to good use, in bettering myself, and people around me.

It, then, is only a ceremonial goodbye. The individuals I’ve met on the way, and the camaraderie we’ve formed amongst one another, is bound to be long-lasting. But more importantly, the teachings of Trinity, both academic and extra-academic, will surely be a pat-on-the-back of reassurance, wherever life takes me.

“They were great days and jolly days,
At the best school of all.”

I will miss playing in the quadrangle. I will miss the walks past the Chapel, as we talk about everything under the sun. I will miss being punished by my teachers, with my colleagues by my side. I will miss all the banter in the classroom, even when it turned against me. I will miss chanting at the top of my lungs at every match, and I will miss singing the school song at every assembly.

I will long for my schooling days back; better days, great days and jolly days. But I will not miss Trinity, because I will never lose it in me.

I take my school tie off my uniform, for the last time, yearning for the next time I will end up wearing it.

A tribute by Sadesh Rajapakse (Class of 2021)

Extracts quoted from ‘The Best School of All’ by Sir Henry Newbolt available at https://trinitycollege.lk/thecollegesong/ 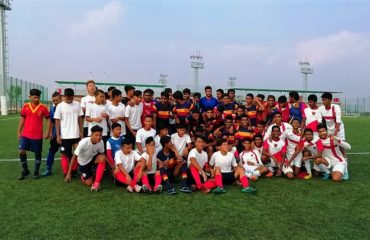 Trinity U18 and U20 football teams are runners-up in India 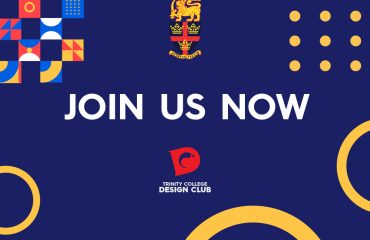 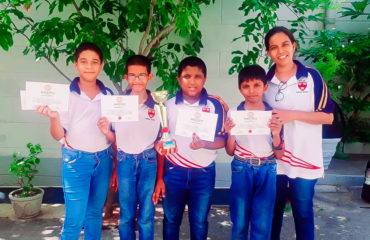