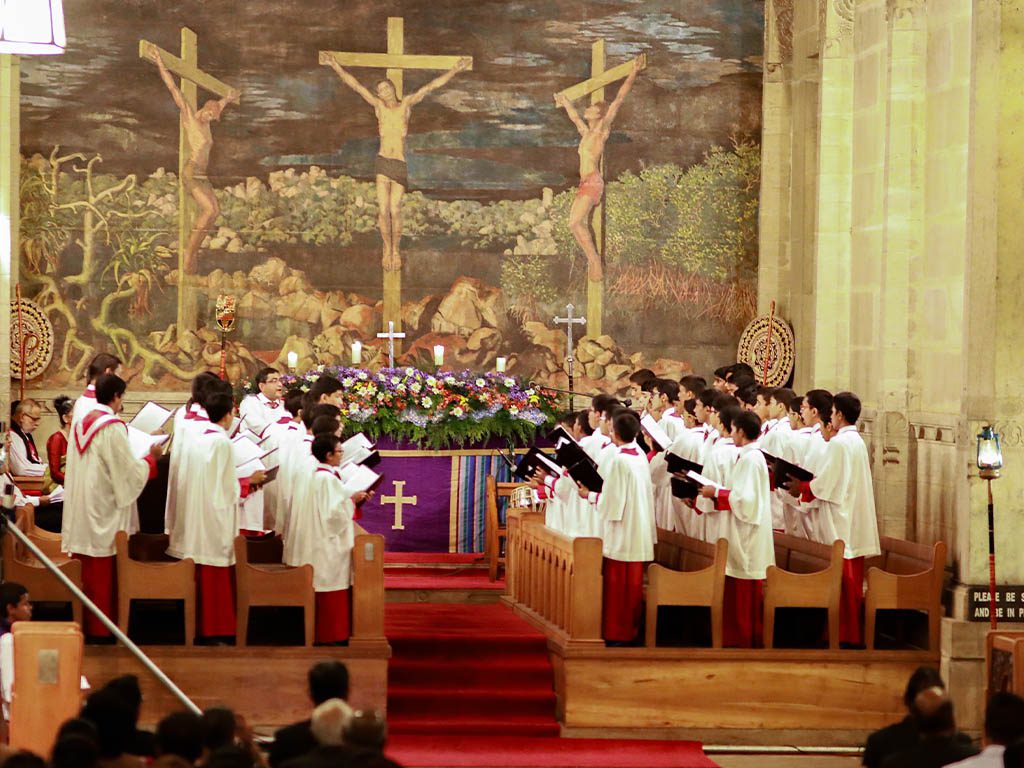 A Festival of Nine Lessons and Carols 2022

The evening of the second Sunday of Advent marked the annual “Festival of Nine Lessons and Carols” of Trinity College, Kandy, which unfolded the loving purposes of God as viewed through music and lessons from the Bible.

The Carol Service of the Sesquicentennial Year of Trinity College and the Trinity College Choir led both a physical and a virtual congregation, who joined in heart and mind to follow where the story led through praise and worship.

With the pealing of the Chapel bell in the background, the Choir descended towards the dimmed Chapel from the Principal’s Bungalow bearing candles, symbolising Christ – the Light of the World bringing the Light of His life to the darkness of humankind.

The traditional treble solo of “Once in Royal David’s City” marked the beginning of the service, followed by the Choir joining in with harmony. The Choristers and Clergy gracefully processioned towards the Altar, singing this carol that speaks of a Jesus to identify with who is like us and understands human suffering and struggles.

After the bidding prayer, The Choir sang “Born on a New Day” acapella arranged by Philip Lawson, which speaks of the greatness of Christ’s birth, and the first lesson, read by a chorister from grade 9, followed next.

“No Carols without Bach” is a rife adage among the Choristers. As Bach’s music for this year, “The Only Son from Heaven”, chorally arranged by John Martin, based on Bach’s “Herr Christ, der ein’ge Gottes Sohn” was sung acapella.

After the second lesson, a Tamil Carol, “Andhi Nerum Vaadi Kaalam”, was heard and “Pudamu Geetha Mal” was sung as the Sinhala carol, a carol that is believed to be only heard at Trinity.

“And there shall come forth a rod out of the stem of Jesse, and a branch shall grow out of his roots: and the spirit of the Lord shall rest upon him,”

In reflection of the Fourth lesson, the Choir sang one of Anton Bruckner’s motets, “Virga Jesse”, infusing the congregation with repose and a sense of rejoicing at the end of the work with the thundering Alleluias.

A contemporary composition, “Ave Generosa” by Ola Gjeilo, followed next. The Choir efforted to bring out the evocation of this magical work by paying homage to the Blessed Virgin Mary.

The sixth lesson spoke of the telling of St Luke of the birth of Jesus; in attestation, “I saw a Maiden”, arranged by Edgar Pettman, was sung melodiously envisioning in everyone’s mind how Baby Jesus lay in a manger and how Mary lulled that sweetie Lording into sleep.

The next carol, “What sweeter Music” by John Rutter, had a serene melody and luscious harmonisation. The words of the English poet Robert Herrick were in the perfect context, highlighting the yearning for the birth of Christ, a Carol that sums up what Carols are for by emphasising the true spirit of Christmas.

Compatible with the Eighth lesson read by the Principal, “The Three Kings” by Peter Cornelius was sung, which tells the story of the three Kings who bore gifts of incense gold and myrrh to the infant King. The vocal soloist proclaimed the nativity scene, and the Choir lightly accompanied the solo with the Chorale “How Brightly Shines the morning star”.

An Old Boy Chorister joined the Choir this year in the signing of an endearing carol, “Good King Wenceslas”: which had bass, alto and treble solos sung by Choristers.

The Choir started moving down with lighted candles singing “Hark the Herald Angles Sing”, and the Chapel lit only by candlelight created a mesmerising ambience forging a spirit of togetherness in everyone present. The Choir then began to sing “Candlelight Carol” by John Rutter, conducted by the Principal. The angelic voices merging with yellow candlelight undoubtedly moved everyone with the beauty that lies in the birth and incarnation of God and the hope of salvation it bears.

“O Come All Ye Faithful”, was sung while the Clergy and Choir with softly glowing candles recessed towards the West door.

The Festival of Nine Lessons and Carols of Trinity’s sesquicentennial year allowed for praising and giving thanks to God for the grace that he has had upon our College in ages past, and to seek God’s blessings and hope for years to come. The Carol service undoubtedly fulfilled its intended mission of reminding the world of the incarnation of our Lord through music and lessons to prepare our hearts for his coming again.

“For unto us a child is born, unto us a son is given: and his name shall be called the wonderful counsellor, The mighty God, The everlasting Father, The Prince of Peace”

After a lapse of 3 years, the Principal was able to host the Choir to the traditional dinner at the Gibson Bungalow. The dinner is cherished and is much looked forward to by Choristers and is seen as a time of reflection, thanksgiving and celebration at the end of a busy year. The Choir enjoyed the dinner and expressed their thanks to the Principal.

Marking the conclusion of the proceedings, the Tenors and Basses solemnly sang “Ah Dearest Jesu”, composed by late Choirmaster Mr Ronald Thangiah, which assuredly augmented the Christmas spirit of the night. 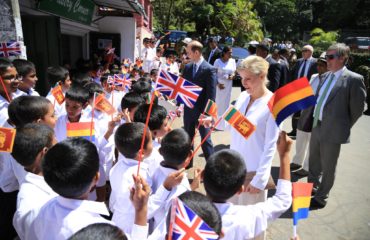 The Earl and Countess of Wessex visit Trinity College Kandy 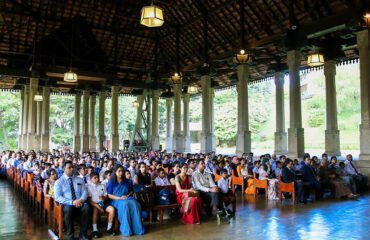 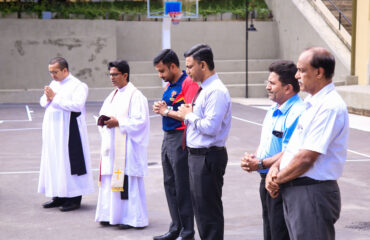 Blessing and Commissioning of the Restored Quadrangle and Napier House