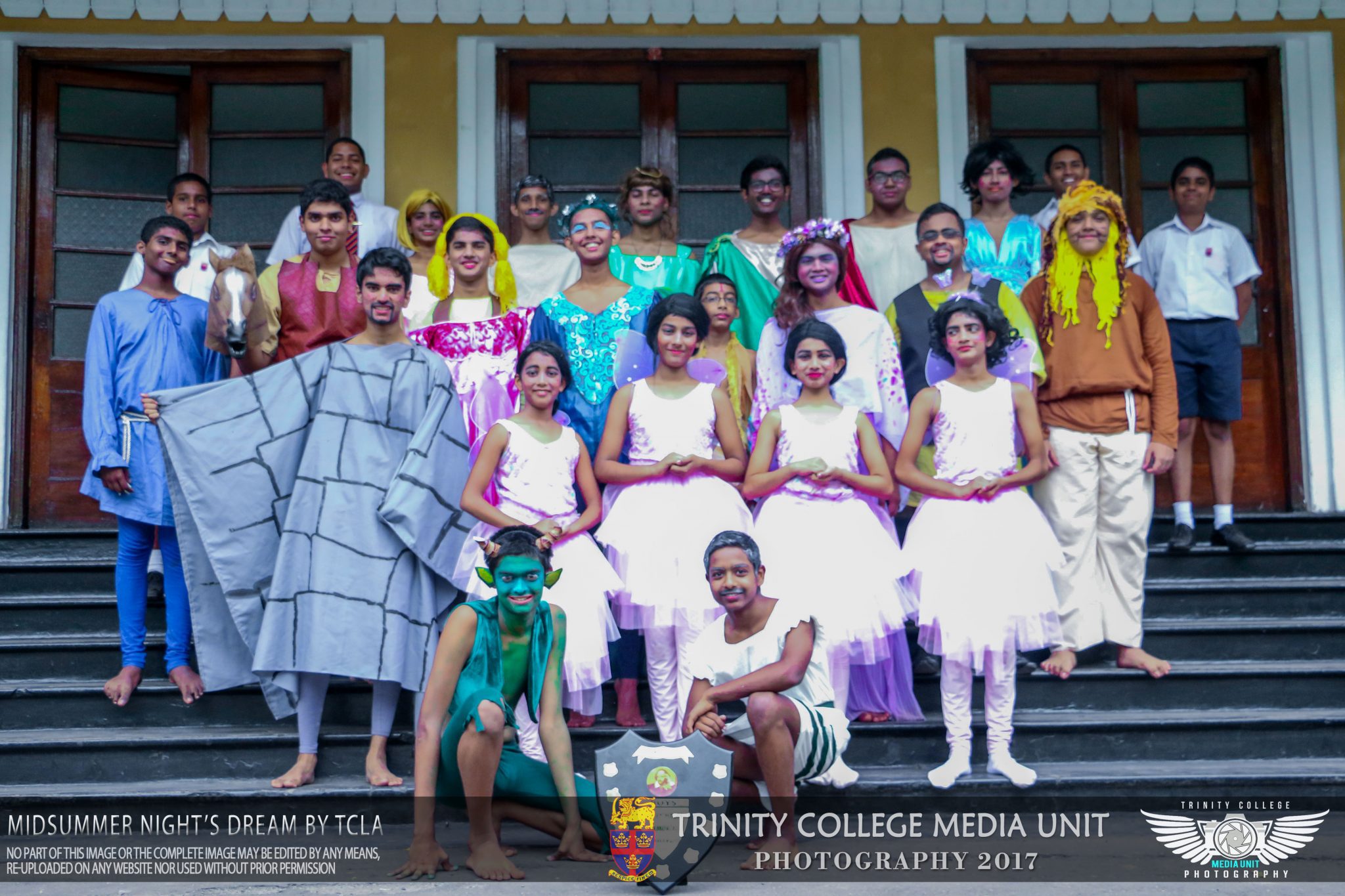 The dramatists of the Trinity College Literary Association (TCLA) participated in the Central Province Schools’ Shakespeare Drama Festival which was held on the 2nd of October 2017 at the Hindu Cultural Association.  It was an eventful evening where a variety of Shakespearean plays were performed.

Trinity College won the Ashley Halpe Memorial Trophy for the ‘Best Play’ in the boys’ category with their mesmerising production of the Shakespearean comedy ‘A Midsummer Night’s Dream’. 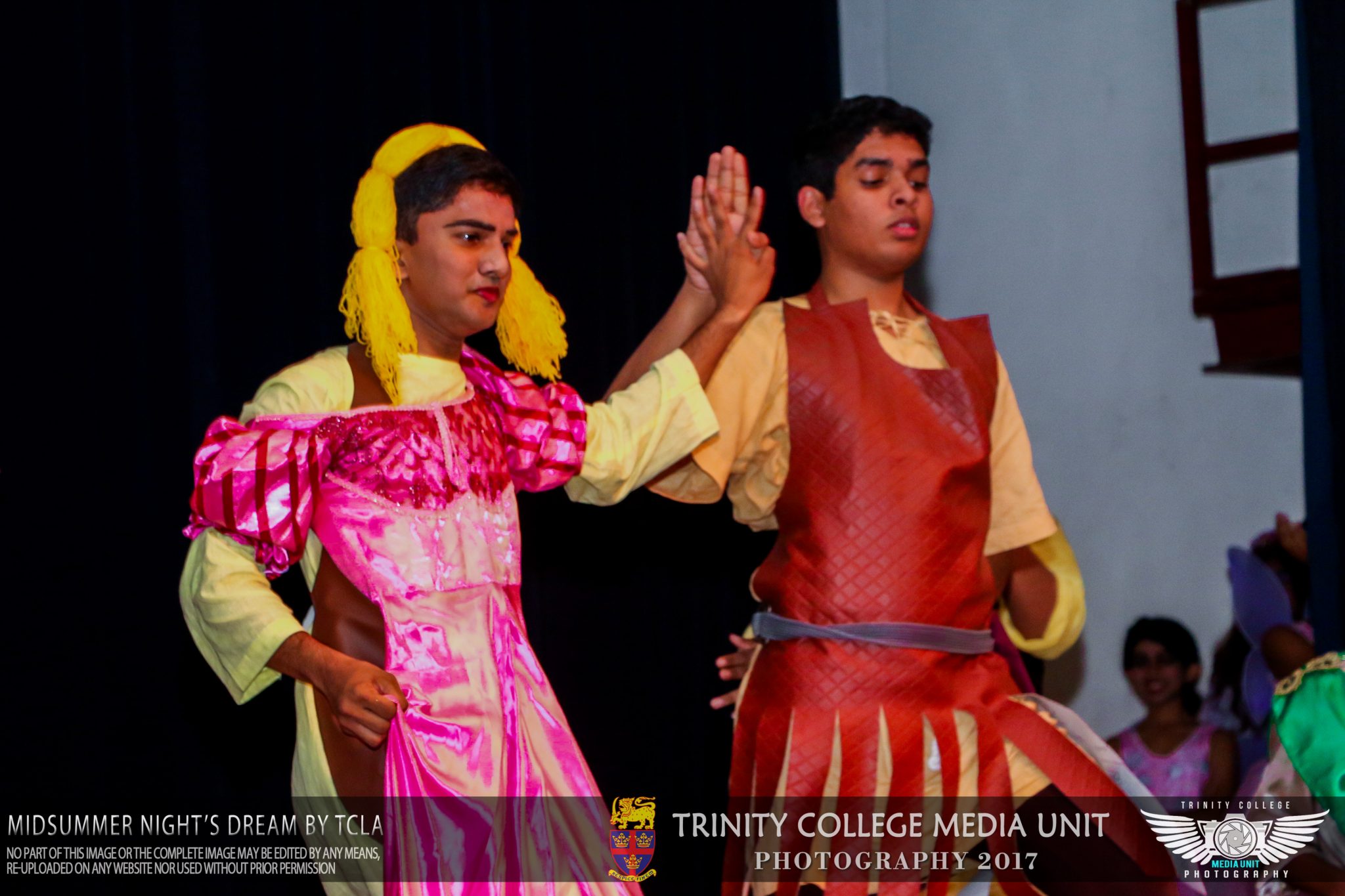 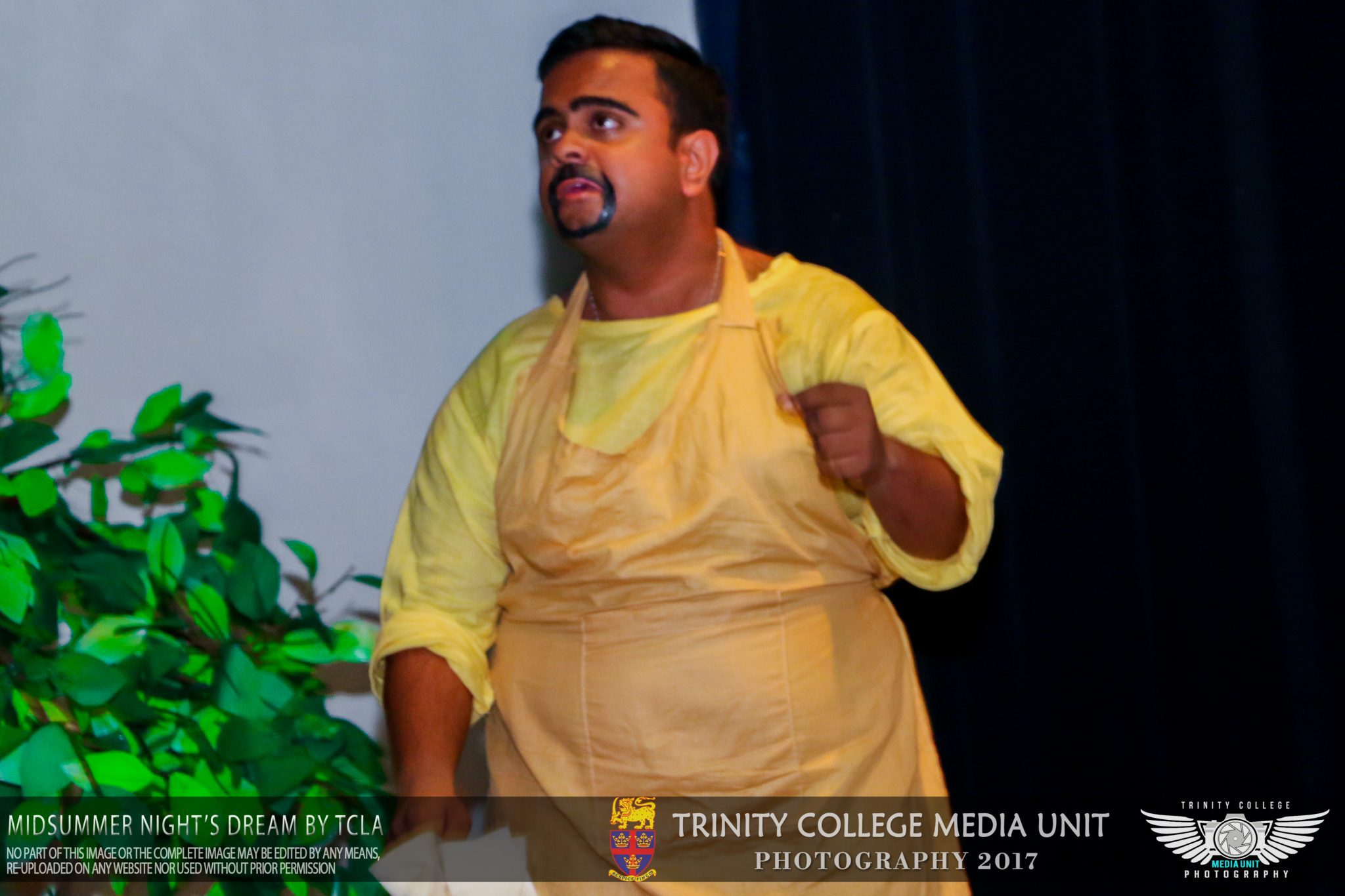 A synopsis of the entire play would be that it is a series of chaotic yet comical events between the world of the fairies and the world of the humans, where the dispute between the King and Queen of the fairies clash with other events that occur simultaneously in which a group of six craftsmen rehearse for a play to be performed at the wedding night of the Duke in the city of Athens.

The extract performed by the Trinitians included scenes from both the above scenarios and were linked together by a ballet performance.  Felix Mendelssohn’s overture ‘A Midsummer Night’s Dream’ was used as the theme music for
this play. 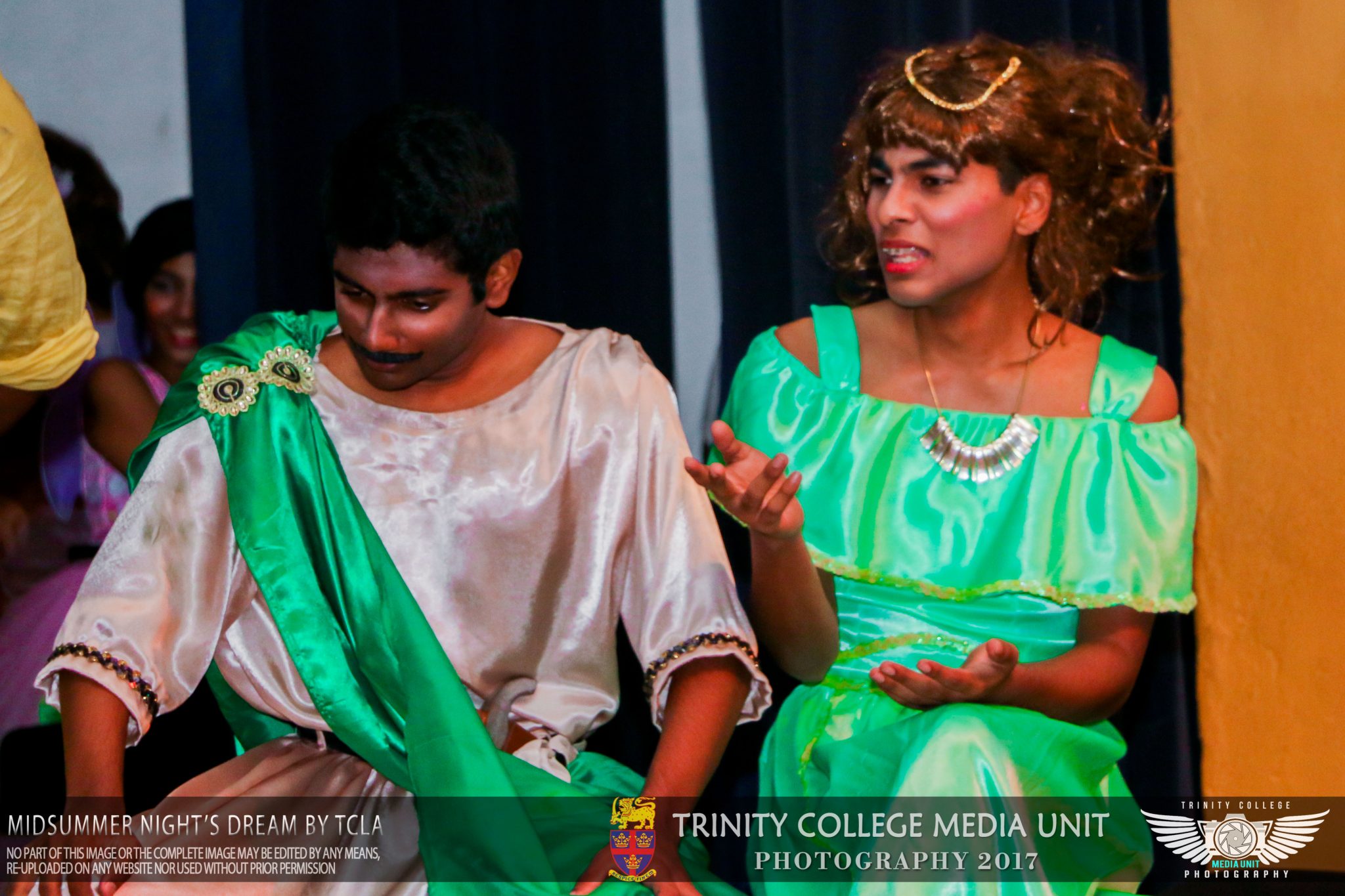 The production of this play was carried out two weeks prior to the date of the festival. The casting and training were undertaken by the passionate and committed seniors. Actors from the Middle School also played a vital role in the production, especially in the ballet scenes.

There were many individuals who helped to perfect this production. A special thank you goes to an individual who is an eminent old boy of College, a current student of the Peradeniya Faculty of Arts, and a skilled director of drama Mr. Dhisal Kapuge who supported the cast and crew and enhanced their dramatic skills and also the production as a whole.

Also Mr. Aslam Marikar, the Master in charge of Drama at the College, provided the required fine tuning for the play to be the well rounded production it was.

Mrs Sumedha Weerawardene, the teacher in charge of the TCLA, was an immense strength to the boys and was a constant source of support in many aspects during the production.

The support given to the boys by the Principal, along with the rest of the administrative staff, also helped towards the successful production of the play. 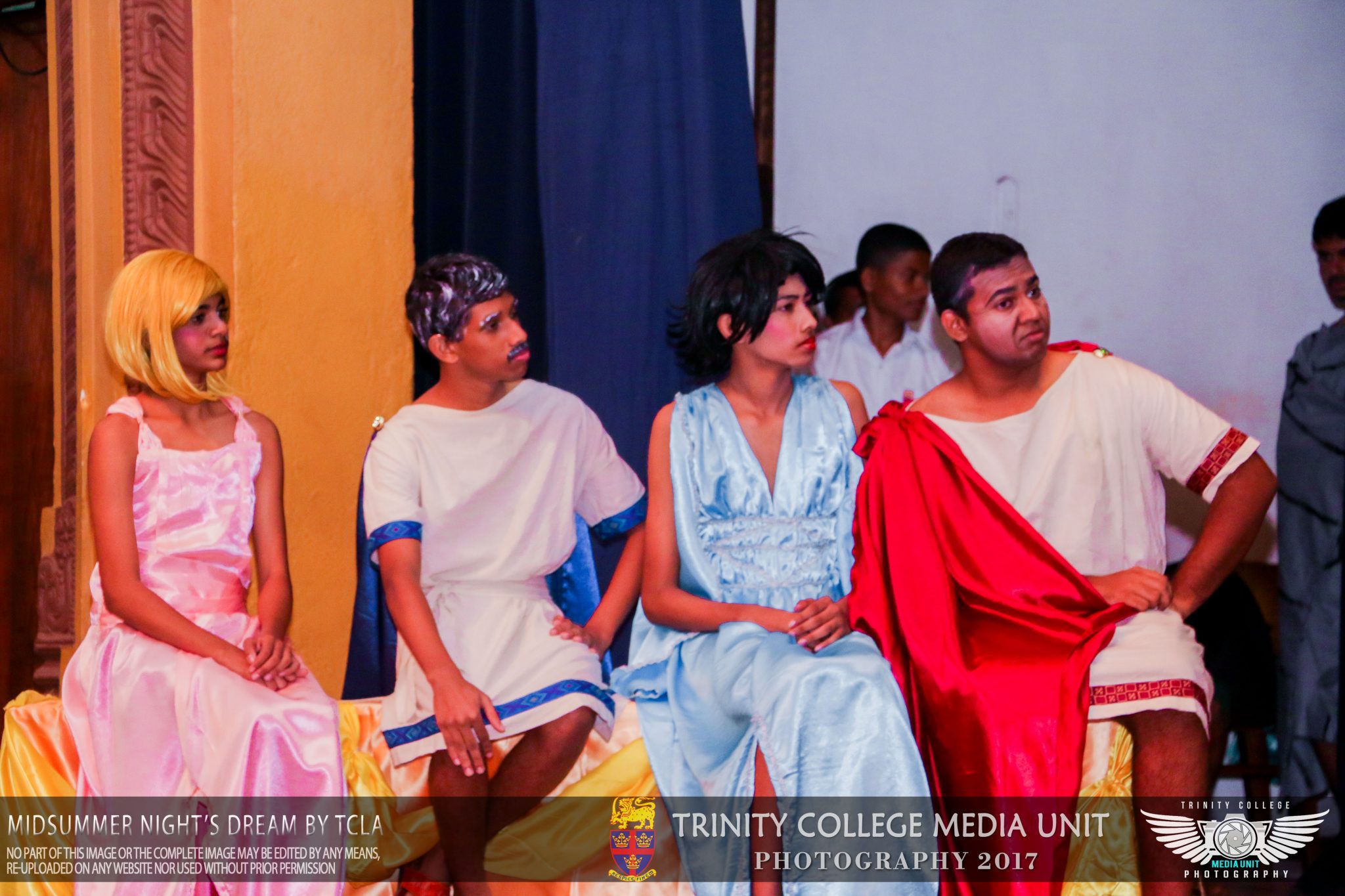 This achievement can be considered a perfect example of the deep roots of drama that is still a part of the Trinity culture and legacy.  The members of the TCLA will further aspire to develop the standards of the dramatic arts and
inspire many other young Trinitians to embrace this wonderful art form. 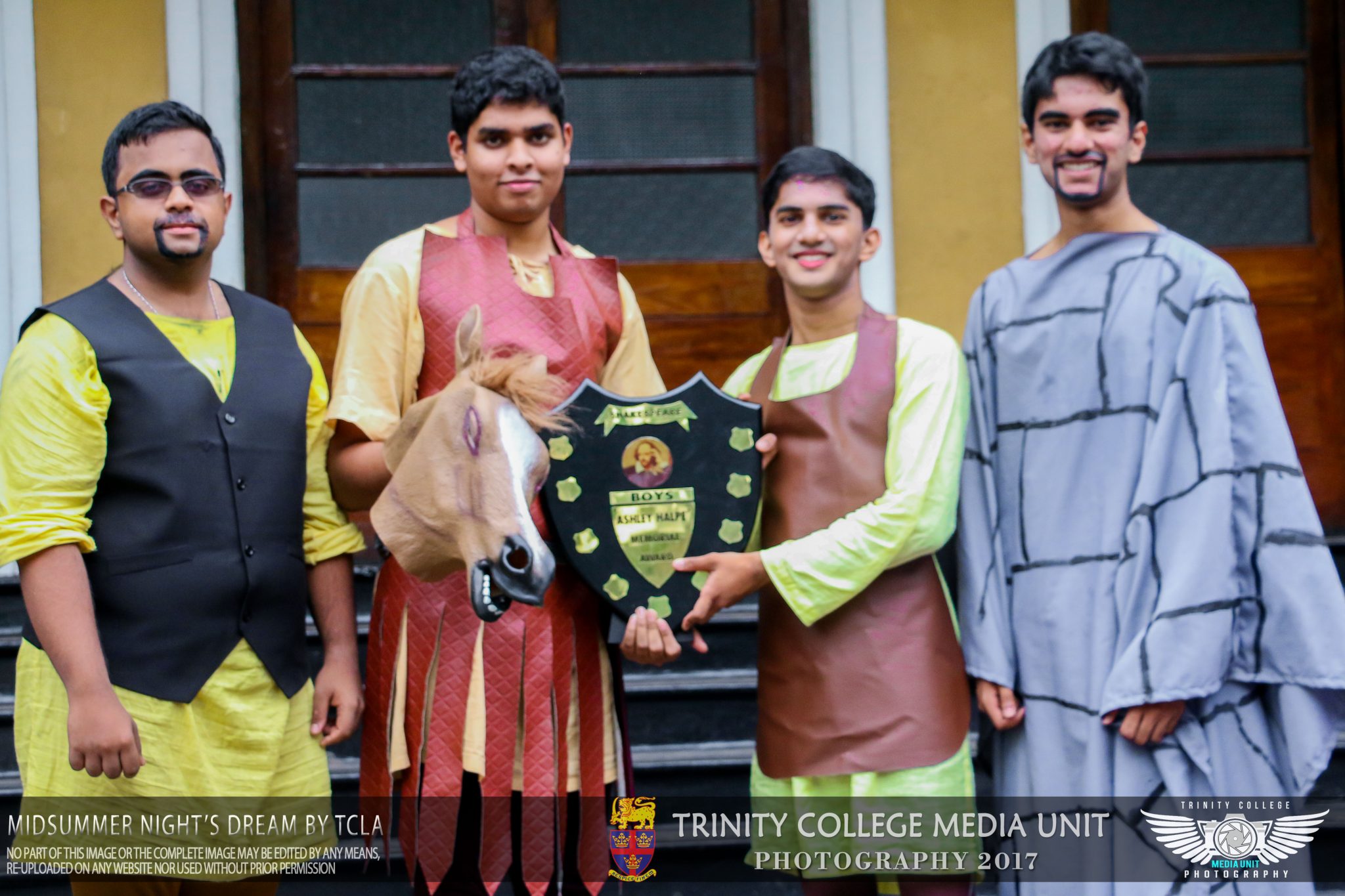 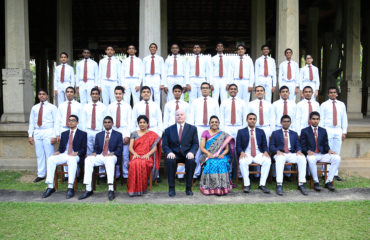 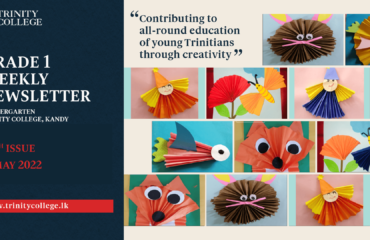 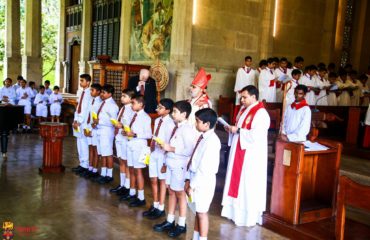