To the Trinity Family & Friends

The Board of Governors of Trinity College wishes to convey with regret, the resignation of Mr. Jayantissa Ratwatte from the Board of Governors and the position of Chair of the Trinity150 project with effect from 30th April 2021. His resignation is on the grounds of age, having reached 80 years a few months ago and his expressed wish to pass on the responsibilities of guiding the destiny of the School to a younger generation. We wish Jayantissa all that is best for the future and look forward to his continued interest and association with the College.

The Board on behalf of the Principal and the entire school wishes to place on record its deep appreciation and gratitude for all what Jayantissa has done for the College and in particular for his erudite and mature advice and guidance in the last few years in the management of the School. His colossal stature as a respected Trinitian, will be sorely missed by the Board.

We wish to make special mention of his unique brand of leadership of the Trinty150 project for which he laid the foundation and is now in progress. The charismatic role he played in mobilising the support of the Trinity family and Friends from all round the globe towards making the project a reality, is well known. In deference to an appeal by the Board, he has agreed to serve the project as a Senior Adviser and his continued association in an advisory capacity will no doubt be of immense value to the Trinity150 Advisory and Oversight Committee which will from 1st May onwards be chaired by Duminda Hulangamuwa (partner of Ernst & Young Sri Lanka) an old boy well known to the Trinity fraternity.

The Board looks forward to your continued support to the College.

The Rt Rev Dushantha Rodrigo
Bishop of Colombo,
Chairman of the Board of Governors, Trinity College, Kandy 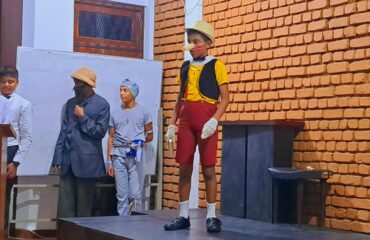 Adventures of Pinocchio- an evening of humorous literature and satirical fun 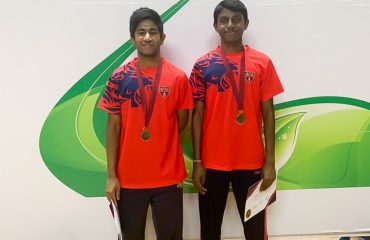