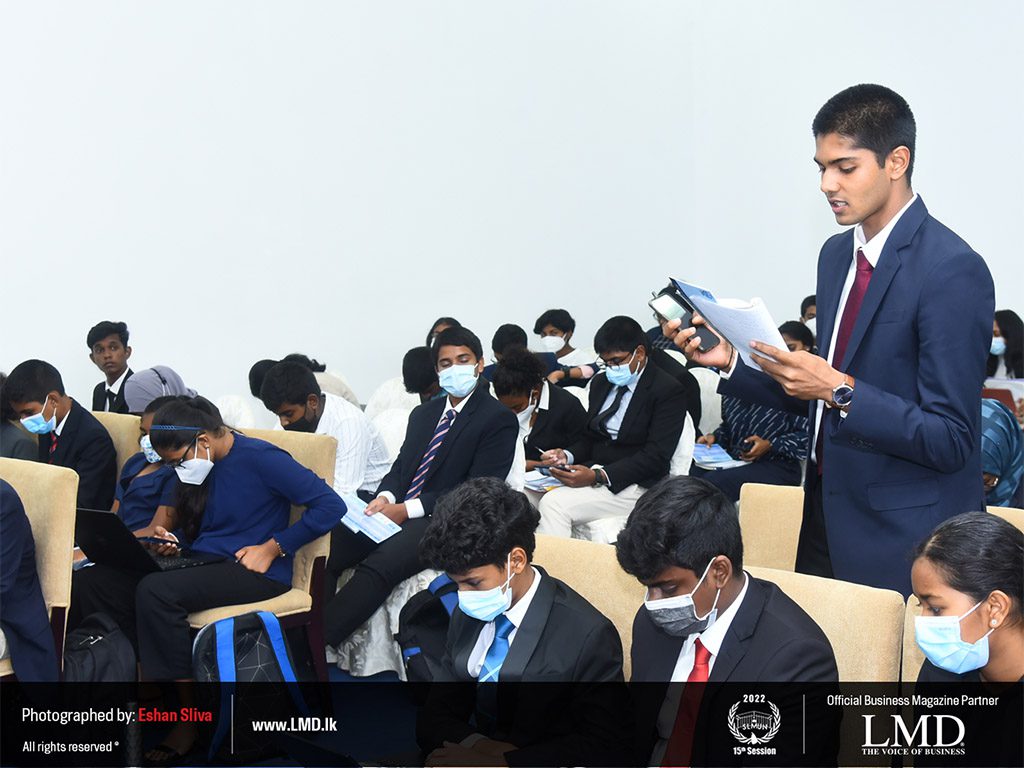 On the 17th of September, 31 enthusiastic Trinitians headed from College to attend the largest student conference in South Asia. This was the largest delegation that Trinity College Model United Nations had seen represent the college. Overcoming manifold struggles facing our nation, SLMUN ’22 took the necessary steps to host its grand crystal anniversary.

The 31-member delegation participated in 10 committees over the two days: reflecting the mandate of the committee and their views. Trinity delegates engaged in the following committees of the conference, addressing a variety of issues and solutions:

This SLMUN introduced delegates to various new committees as well as major changes to the usual committees. The addition of the futuristic aspect to the Security Council and the introduction of the National Youth Assembly (NYA) along with its sub-committees were amongst these changes. TCMUN can take pride in the active and engaged role played in the regular committees, but also in the National Youth Assembly. In the latter, there were many young Trinitians; debating and sharing their opinions.

Prior to the conference, we received many countries, such as Australia, Romania, Benin, Haiti, Iraq and Libya. Workshops and practice debates were organized by SLMUN, and practice sessions were conducted by TCMUN for its delegates in preparation for this conference. When Trinity College delegation arrived at the BMICH for the opening ceremony of SLMUN ’22, we wished luck to one another before joining our relevant committees. Thus, began the intense and fiery first day of debate in which first impressions were cemented.

The Wesley College Dormitory was our accommodation of choice for the 17th night. Two dorm rooms were occupied by Trinity and into the night the research and discussions went on. Additionally, we received the college bus for transportation to BMICH, so that we could be present for the 2nd Day of the Conference on time.

On the 2nd day of the Conference, each committee drafted and submitted their resolutions. These were vital as they contained all the solutions presented throughout both days of the conference and finalized debate. It is also important to note that the resolutions presented by all the sub-committees of the National Youth Assembly were presented to the government. The closing ceremony was grant and thus it was an extremely successful conference for Trinity. Parinda Ratnayake, our president, won the 3rd best delegate for Trinity (Honorary Mention) thanks to his efforts in the committee.

This conference was an incredible learning opportunity for the young and aspiring delegates of Trinity. Furthermore, this highlights the extremely eventful year TCMUN has experienced this year as this was the 3rd onsite [physical] conference of the year (4th overall). This event showcased the versatility of Trinitians and the depth of potential present at Trinity. It highlighted the students’ contributions and dedication towards clubs like TCMUN. The diplomacy and skill presented by our delegates is only a taste of what’s to come. More importantly, SLMUN has taught us, the life skills and critical thinking ability MUN can bring to one’s life. We not only learn to be better people but learn how to empower others.

In conclusion, our heartfelt gratitude goes towards Mr. V. Raveendran, our Master In Charge, for accompanying us and making all of this possible.

“In this day and age of the ‘Aragalaya’, Sri Lanka is in dire need of politically aware and socially active leaders. We desperately need those who are critical and open-minded thinkers in corporate boardrooms and government offices. The lack thereof, signifies a broken education system which fails to nurture children in areas of intelligence but rather weave them into toxic norms of idiocracy. This is why it is crucial that we integrate clubs and societies such as MUN into the schooling system. MUN is a sanctuary for intellectual growth. It teaches you the framework in which our world works and pushes you to learn and understand the deep rooted issues of society. Yet, its resolution based outlook presents a culture of radical optimism, where you always face problems with a solution oriented mindset. While TCMUN continues to expand in membership, these integral principles blend with the core values of Trinity, creating what I believe is the foundation for our nation’s step forward.” 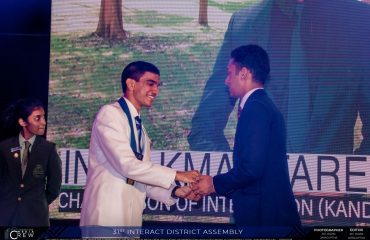 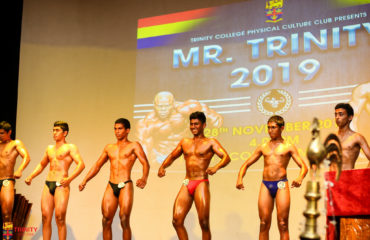