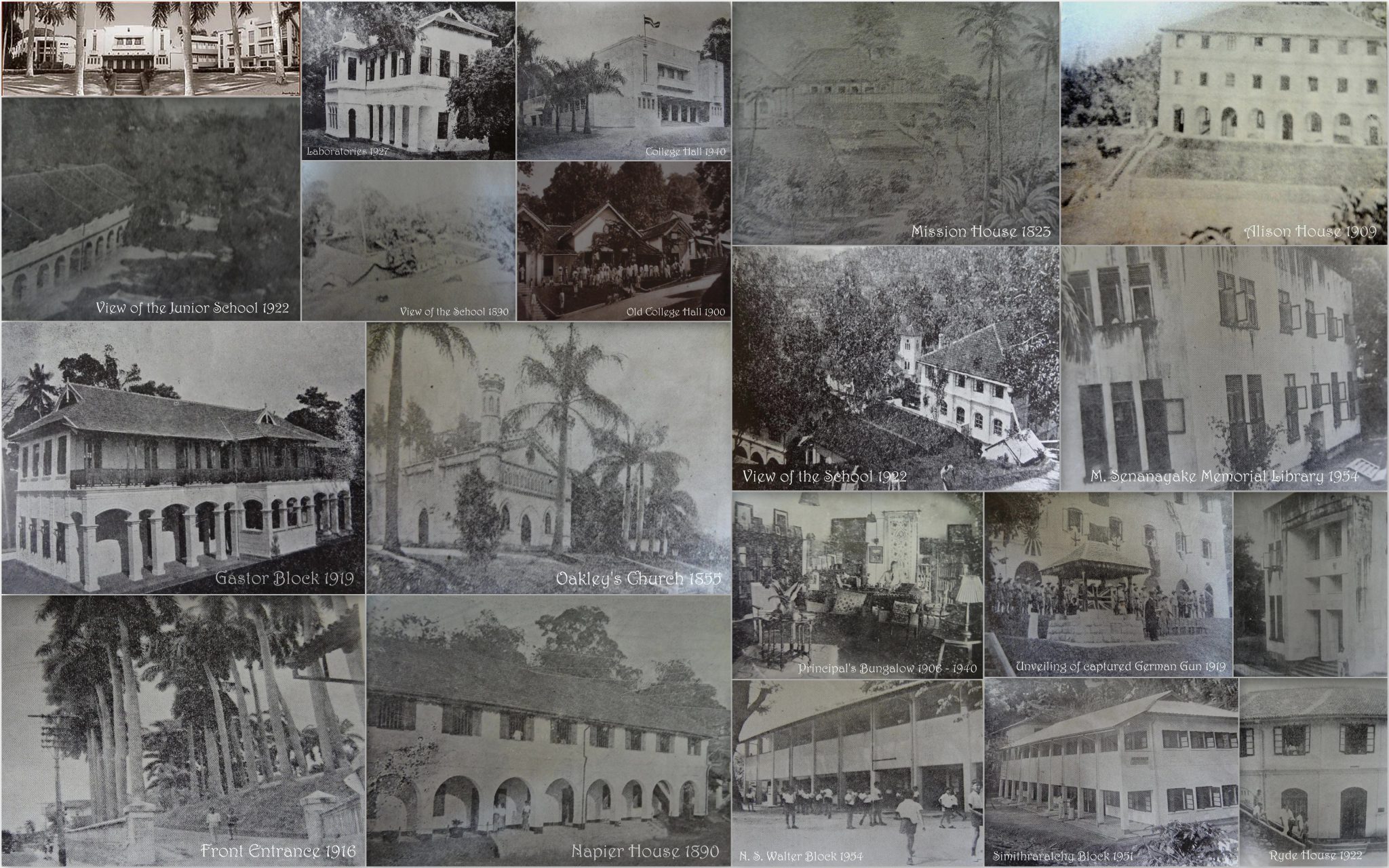 As Trinity College was founded on 17th January 1872,  today we commemorate 147 years of its continuous existence. As we remember all those who have made Trinity “the best”, below are some selected items from its history, recognising some important moments and personalities we have had. 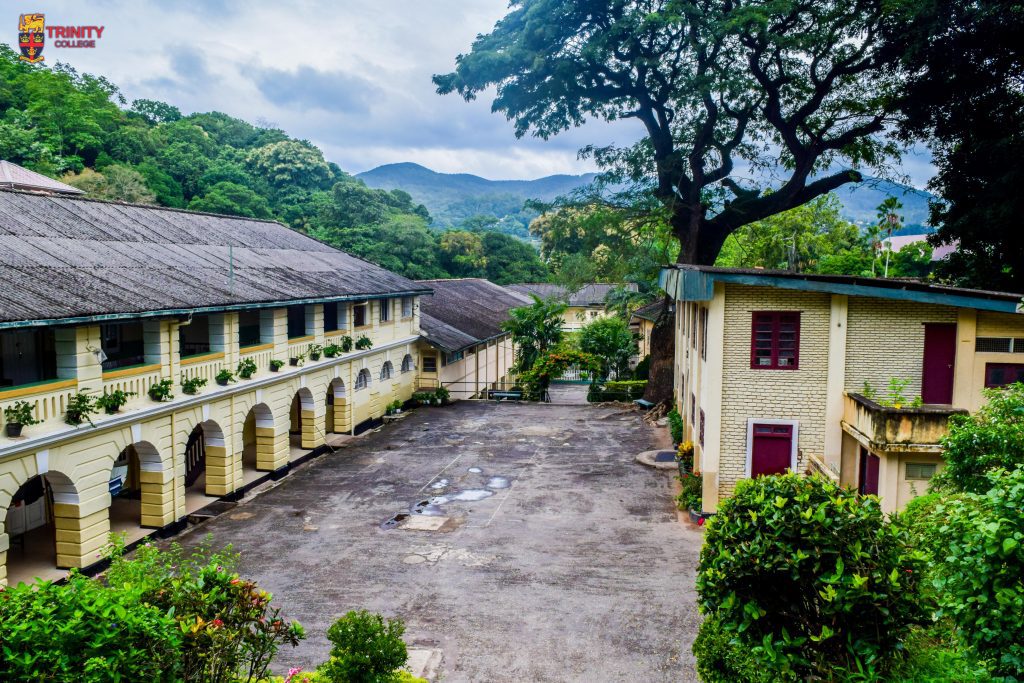 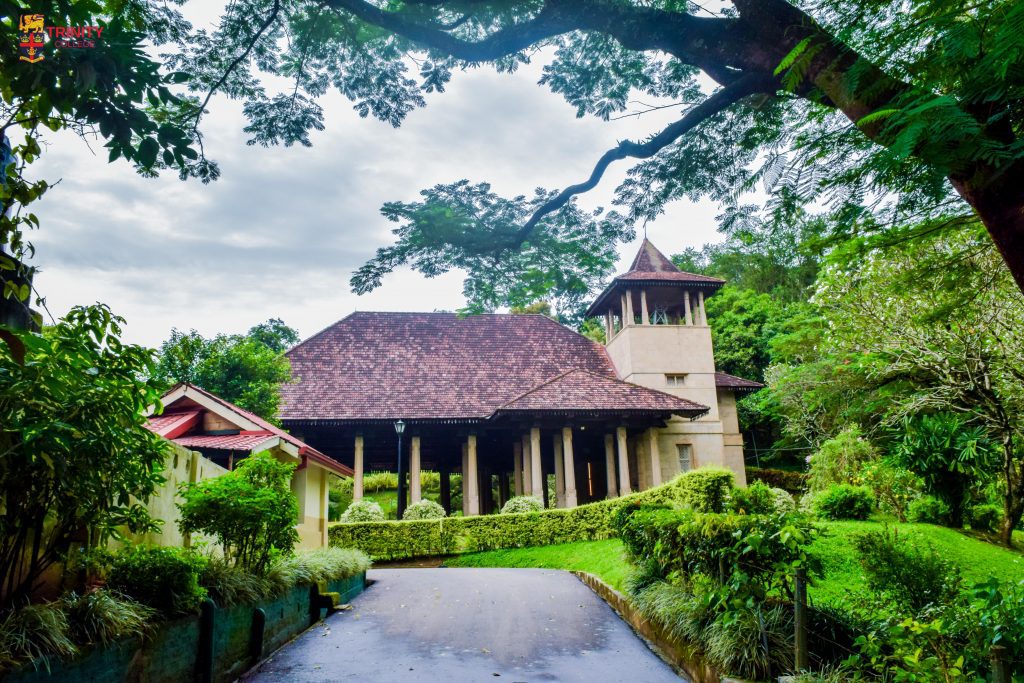 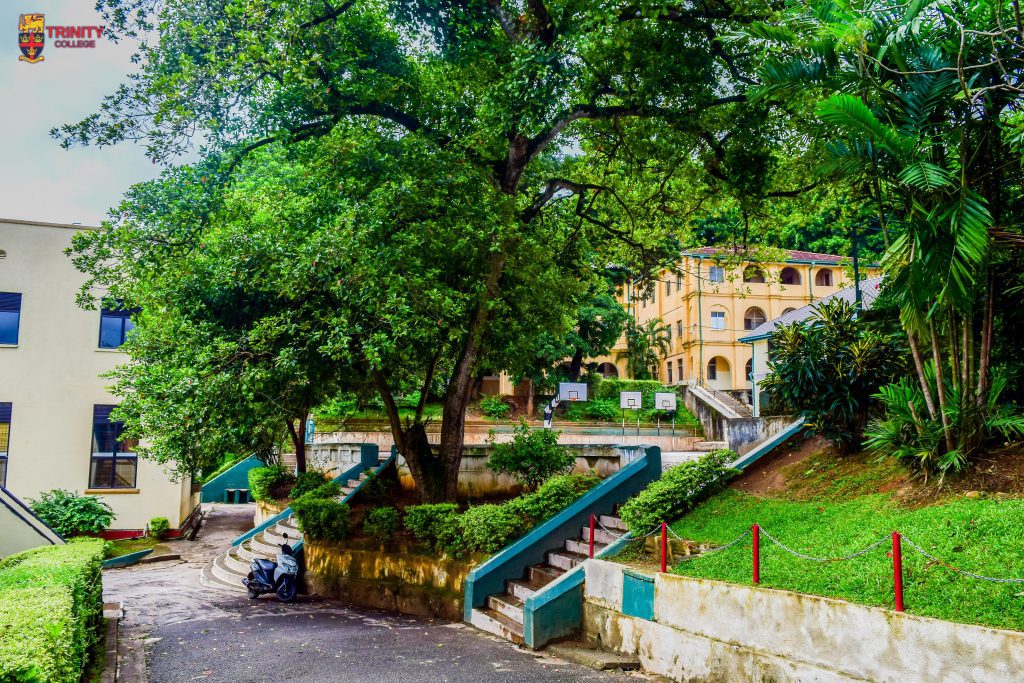 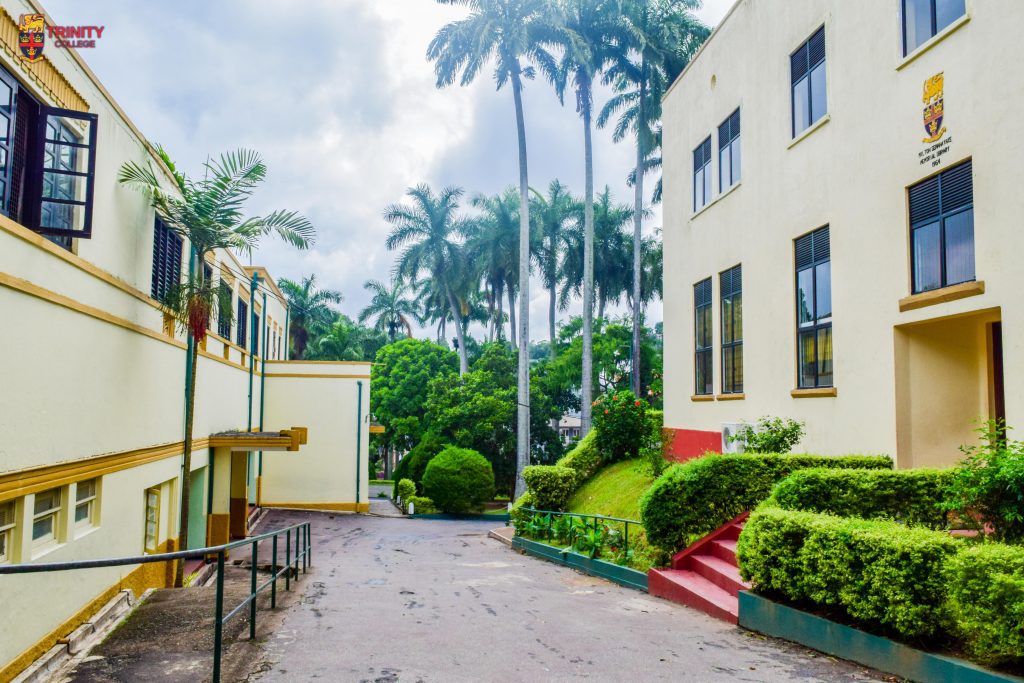 The missionaries of the Church Missionary Society (CMS) of England arrived in Ceylon in 1817, soon after the country was ceded to Britain. On Governor Sir Robert Brownrigg’s suggestion they proceeded to Kandy where they obtained a piece of land from government to open the first CMS school in the interior.

In 1823, the Reverend and Mrs Thomas Browning set up a mission house under the “instruction of the Governor”, Sir Robert Brownrigg.  Nestling in the wooded slopes of Udawattakelle, the mission house stood for 155 years – it was demolished in 1978 to make way for a new classroom block. 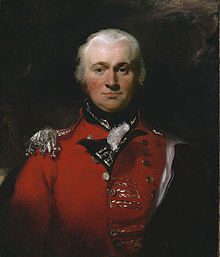 On appeals received by the authorities for schools of higher education for Kandy, the Reverend Ireland Jones arrived from England in 1857 and set up the Kandy Collegiate School with the object of “reaching the sons of Kandyan Chiefs and bringing them under the influence of a Christian education”. 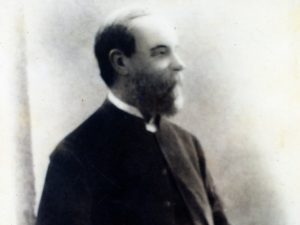 The school re-opened on January 17 , 1872 with the Rev. Richard Collins, M.A., as the Principal.  Along with an awareness in Kandy for the need for higher education and the opening of the railway to Kandy, making the school accessible, in time, the school became popular in the interior and the whole island. 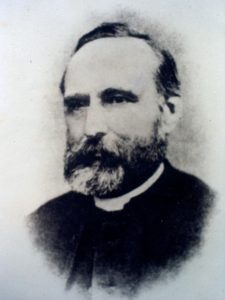 On that date there were four buildings on site: the original Mission House; the Old  Hall which stood till 1953 where the Fraser block stands today; the Holy Trinity Church (Oakley’s Church) which stood till 1939 when it was pulled down making way for the new hall; and a single-floored dormitory where Napier House now stands.

The first Prize Giving of the school was also held in 1872.

Due to lack of accommodation, Rev. Collins built a hall in 1874 and it was subsequently named under him. Collins Hall came down to make way for the Alison House in 1909.  The current College Hall was constructed in 1940 – the gift of a loyal Old Boy, Mr A.H.T. De Soysa.

It is interesting to note that each building in the campus reflects the particular style of the period in which they were built, influenced by the thinking on architecture around the world during that time. This is a perfect example of Trinity not remaining in the past, but always looking to the future. 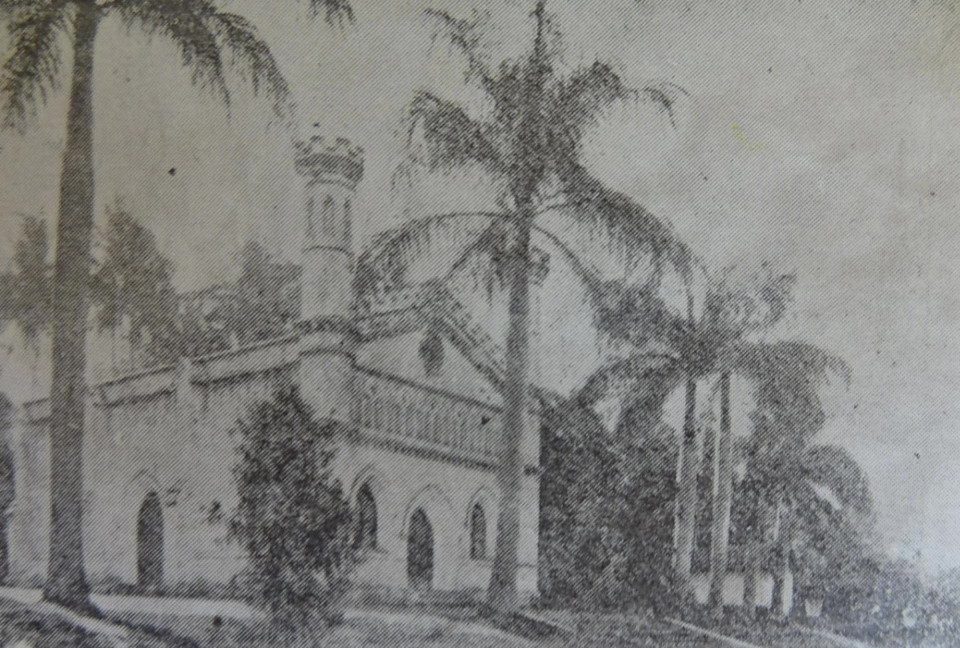 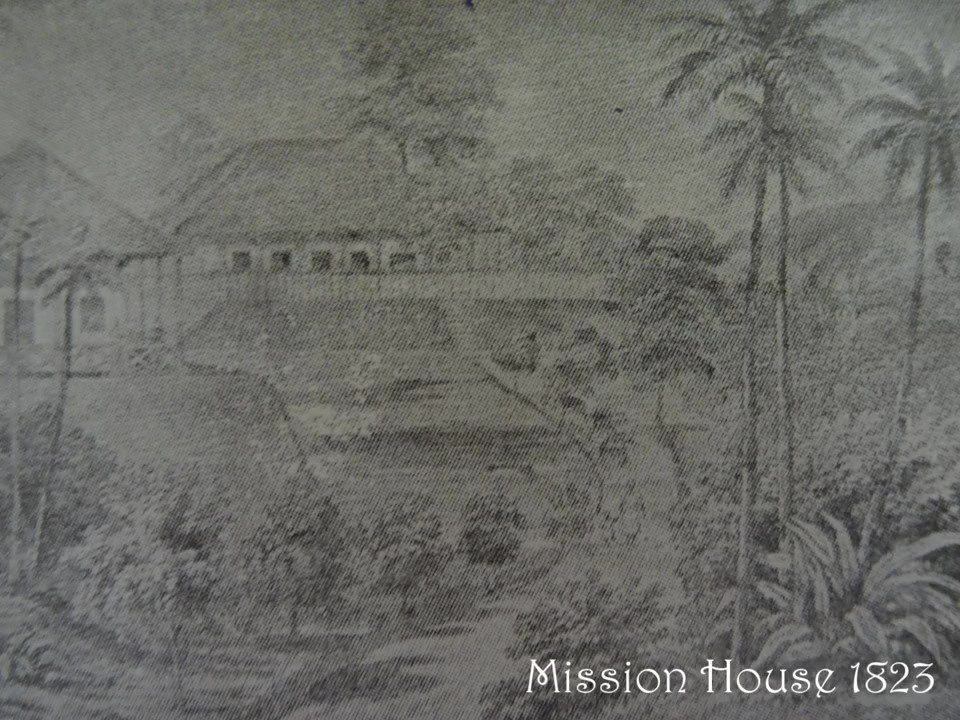 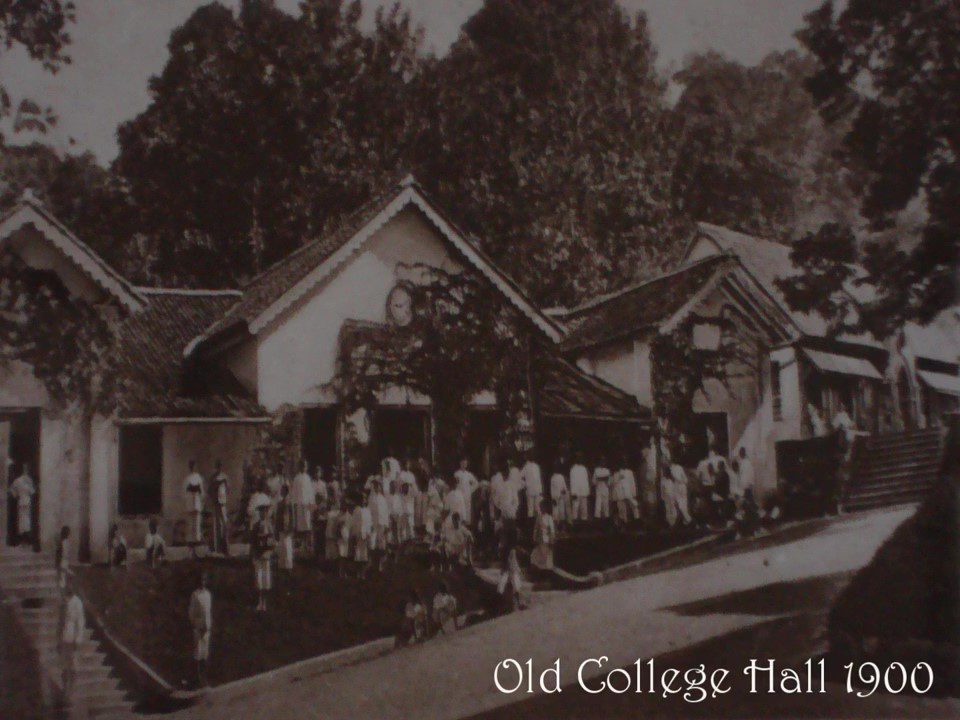 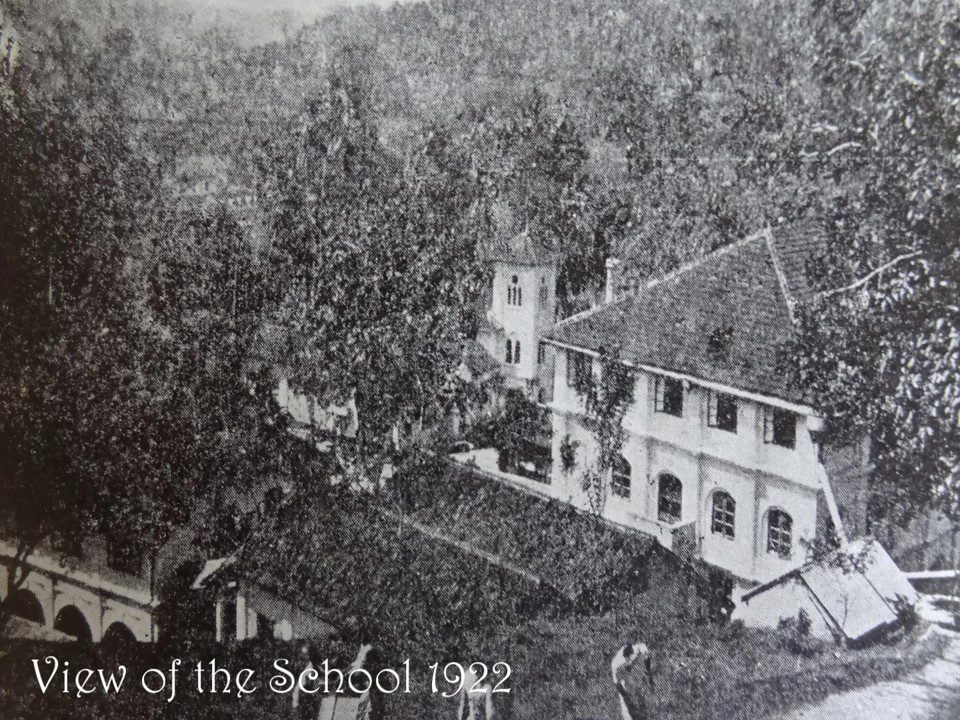 The growth of the school

Over the years, the real strength of Trinity has lain on the long line of remarkable men and women who have served there. It all began with Rev. Collins’ teaching staff of four: Mr Alfred Clerk – the Head Master, Mr Clement Edwards – teacher and choirmaster, Mr Andrew Loos, and Mr Perera.  The school had only 139 students in its first year under Rev. Collins.

The College Choir, is the oldest student organization in the school and having a rich choral tradition from its inception, came to an existence in 1872 with Mr Clement Edwards as the first choirmaster.

The forerunner to Trinity College Literary Association, namely the “Kandy Collegiate Improvement Society”, was founded in 1873 by Mr Andrew Loos, making it one of the oldest literary associations on the island, if not the oldest. It was established with the goal of promoting literacy among the students.

Trinity even boasted a boarding at that time, and the now famous motto “Respice Finem” was introduced in 1873, and a crest was designed, which evolved into the present cross and crowns by 1912.

Finally, the CMS changed the name of the school to its present “Trinity College, Kandy” in 1876.

The first issue of the school magazine, “The Gleaner“, was published 1876 by Mr Louis Edmund Blaze. Mr  Blaze went on to become the schools first graduate, in 1884.

In 1896, the College took on as its colours dark green, old gold and chocolate brown.

Rev. A. G. Fraser came to Trinity in 1904. It is to him, if to any one person, that Trinity owes its present standing. He, along with the his dedicated staff, transformed a little school in Kandy to one of the leading colleges in the island. (An article on Rev. Alexander Garden Fraser is available on the website.)

Trinity was not only famous in Sri Lanka but was well known in many other parts of the world, there were students from Uganda, Burma, India, Thailand, etc. who had their education at Trinity.

In 1906, the College colours were changed to the present red, gold, blue.

Boxing was introduced to Trinity in 1907 with Mr G. R. Mulgrue as coach.

Mr Norman P. Campbell (one of Trinity’s greatest teachers) was responsible for starting the Union for Social Service in 1909.

The Ryde Gold Medal was first awarded in 1908 to John Andrew. Mr C. E. Simithraaratchi, later a Principal, was the recipient in 1909. 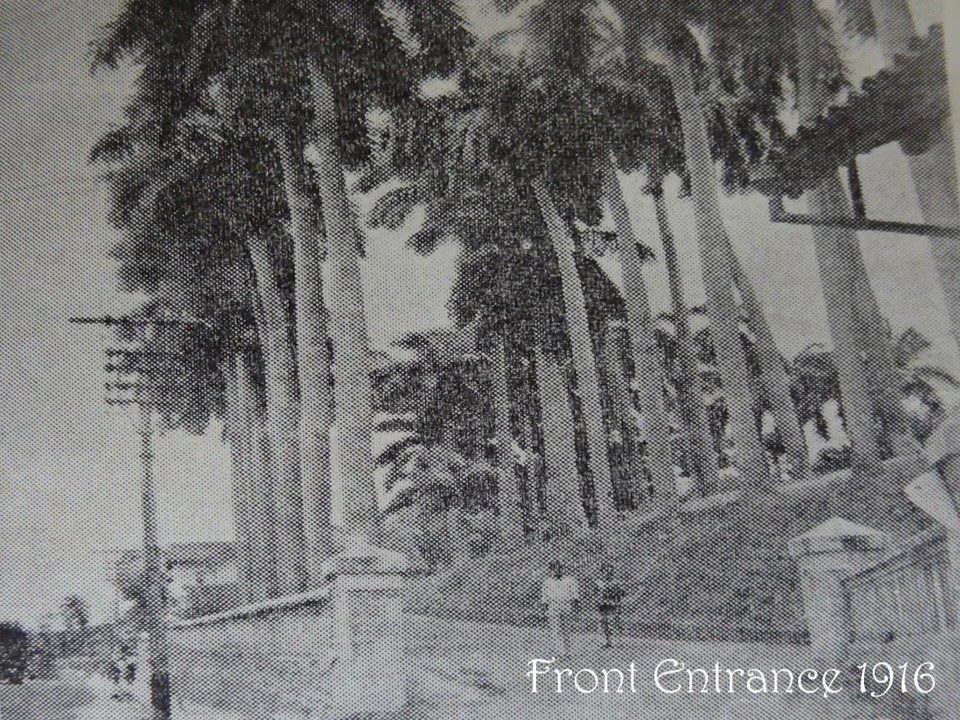 Entrance to the College 1916 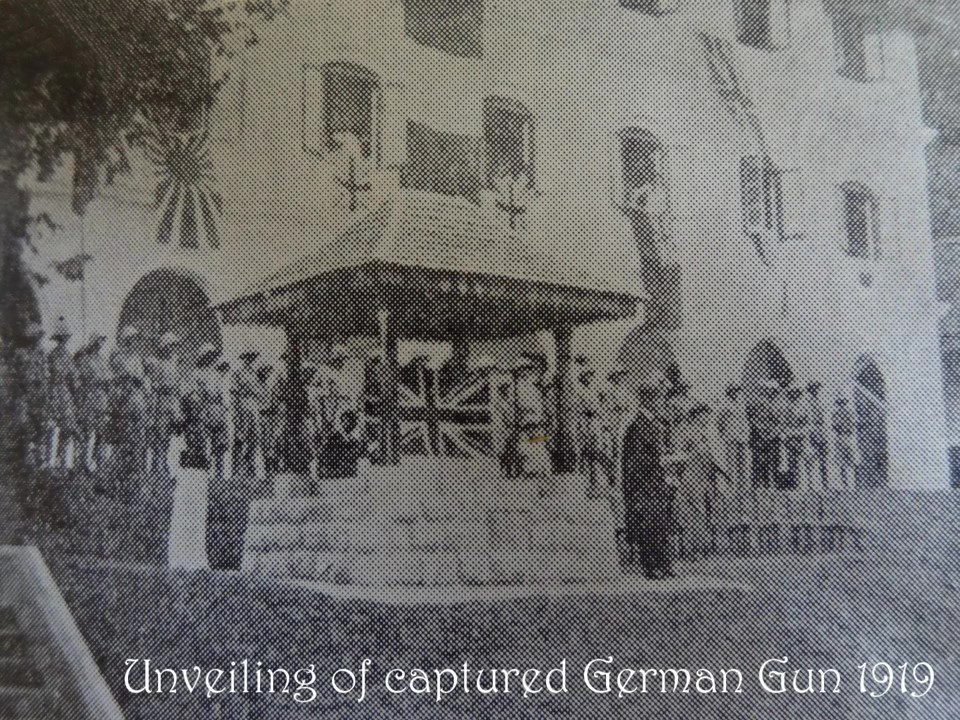 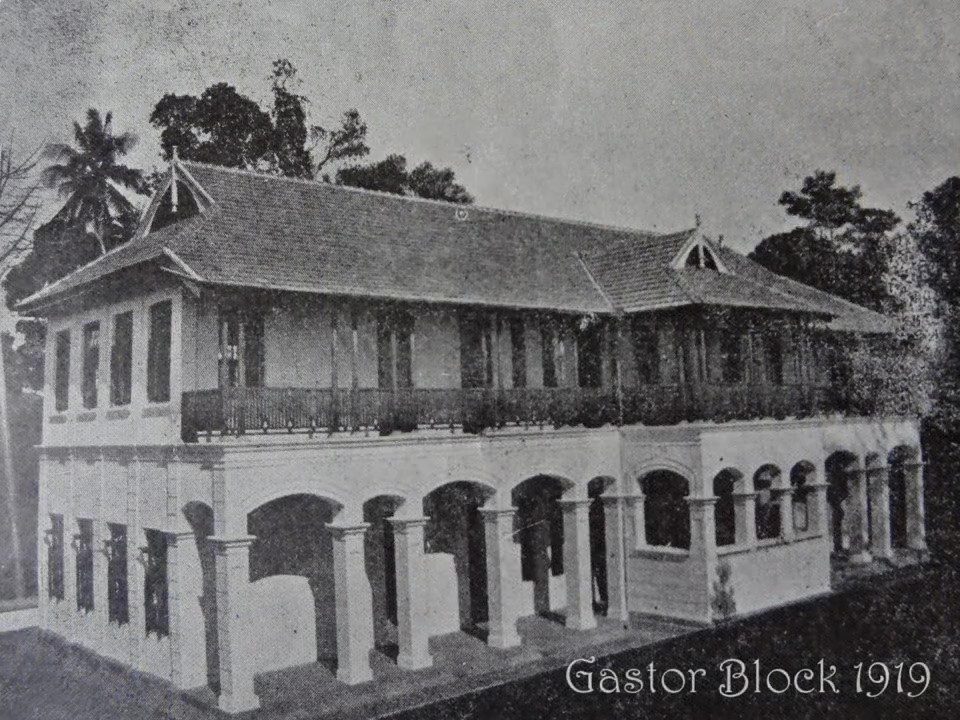 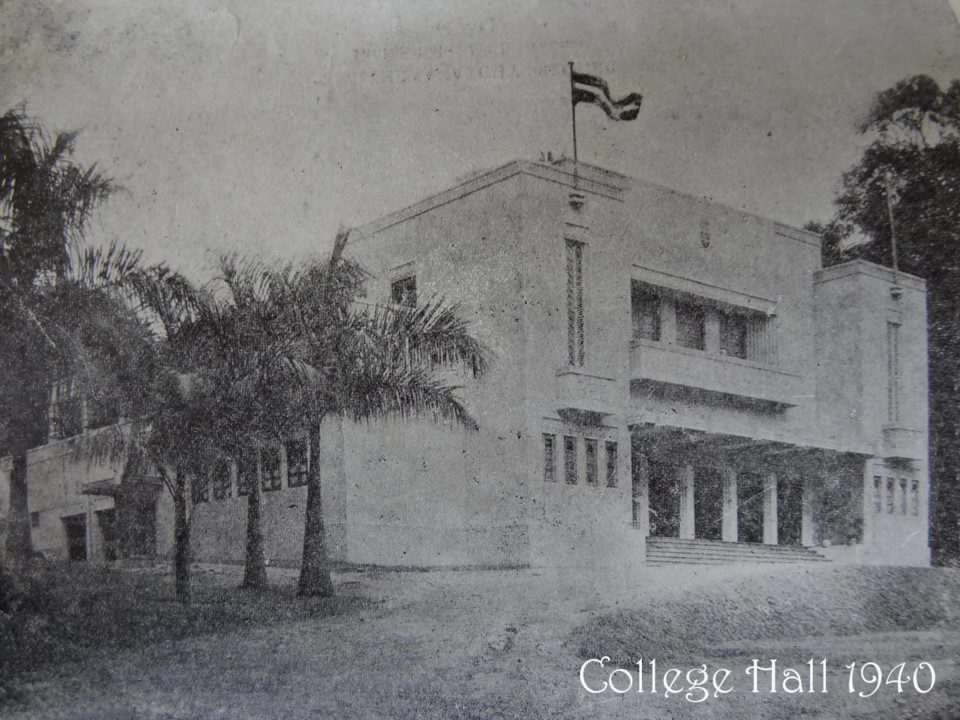 During the First World War, from 1914 to 1918, Trinity sent fourth 65 men to serve. His Majesty King George V, in view of the part Trinity played in the war, presented a captured German machine gun to the College in 1919. It was also during the same year, the Gaster Block was completed.

We sang our present College song for the first time in 1923. The words by Sir Henry Newbolt were borrowed from Clifton College and the tune from Wesley College, Melbourne. In the same year Miss Valesca Reimann also joined the staff. She has been the only lady to be awarded the ‘General Lion’.

With its foundation stone being laid in 1922, the College Chapel, which reflects the culture of our country in its architecture, was designed by an Englishman, Rev L. J. Gaster. 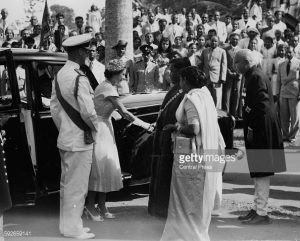 In 1954, Trinity had the honour of a visit by Her Majesty Queen Elizabeth II, who was felicitated at the grounds of Trinity College Kandy.

Trinity celebrated its centenary year in 1972. Many celebrations were organized, including thanksgiving services, art exhibitions, carnivals, drama festivals and a city walk.

The true Anglican values have always been instilled in every activity of the school from its inception. An excellent cartoon drawn by R.C. Edwards in the College Magazine of 1915 shows many scenes taking place around the College Chapel, as it is recognized to be the heart and soul of the College. 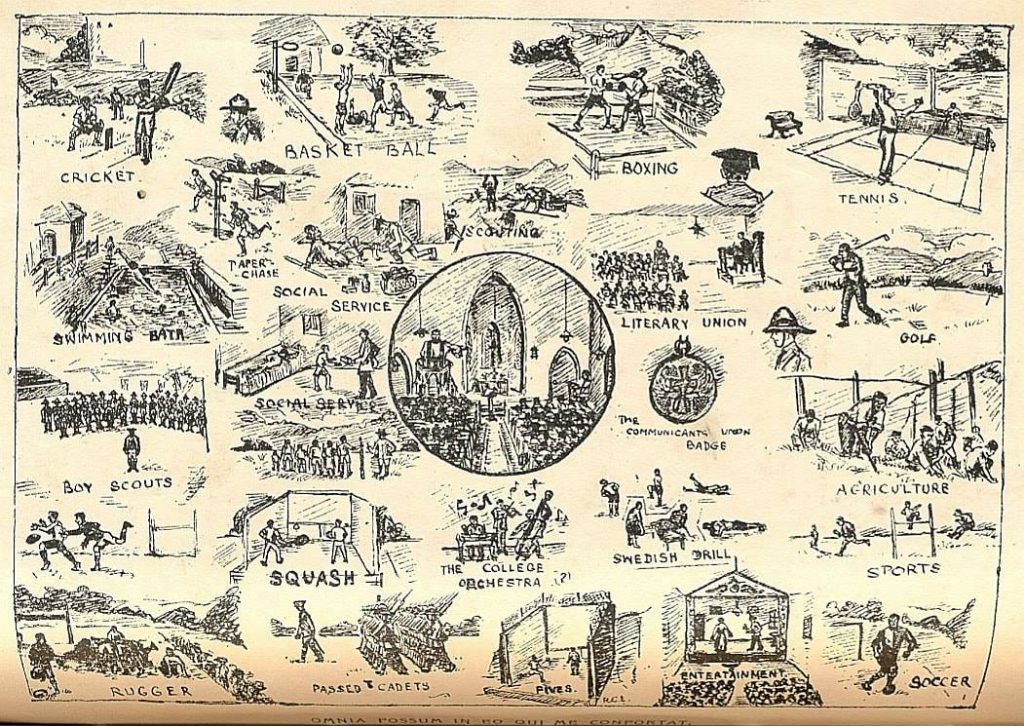 Next to the drawing the magazine states, “Without Me, Ye can do nothing. I can do all things Through Christ who Strengthens me.”

Trinity’s achievements have been made due to the collective efforts of the Principals, teachers, staff, boys, old boys and well wishes. Today we enjoy the fruits of the labours, and sometimes the sacrifices, of those who have been here before us. It should be our duty to leave for future generations a place as wonderful as we have inherited.

Trinity was not built in a day, neither its traditions nor its buildings. It has had the unique advantage of growing gradually in the same premises over a hundred and fifty years, sometimes slowly, sometimes rapidly, and, on occasion with bursts of remarkable energy. 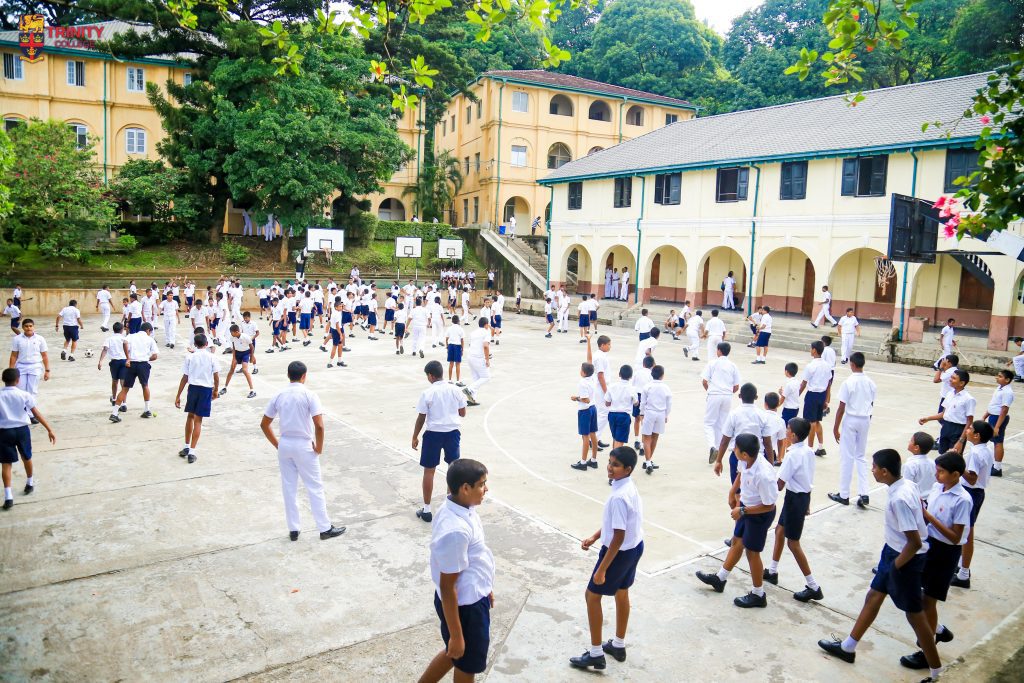 Trinity College Kandy has become one of the leading schools in Sri Lanka. It has grown into a large school of over 3000 boys (from kindergarten through to grade 14). Although we retain a proudly Anglican foundation, we welcome boys and teachers from all religions into the Trinity College community. The aim of the school is for Trinitians to achieve their goals and to become well-rounded, fulfilled, confident, disciplined young men.

Finally, we thank God for our priceless heritage, as we commemorate our founders’ day. As we remember and rejoice, let us make every effort to capture in our thinking, emotions and spirit, the tremendous commitment of our founders in order to take their mission forward, and be inspired to add our own selfless efforts in the years to come.

A Founders’ Day service was held at the College Chapel to commemorate this day. Students from Junior, Middle and Upper School were brought up to the Chapel to attend the event. 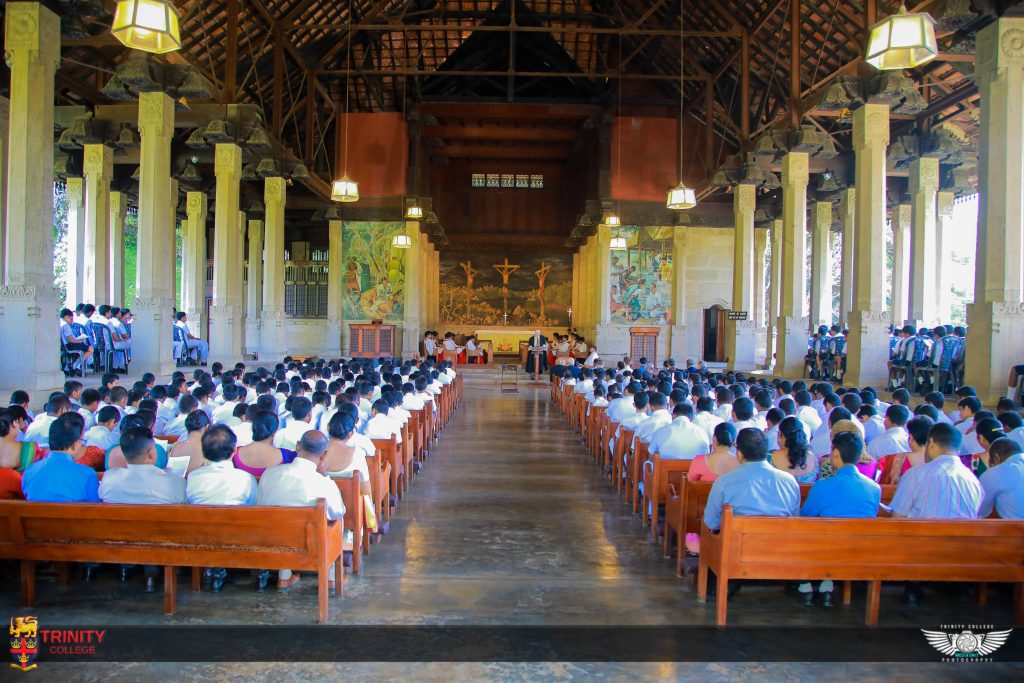 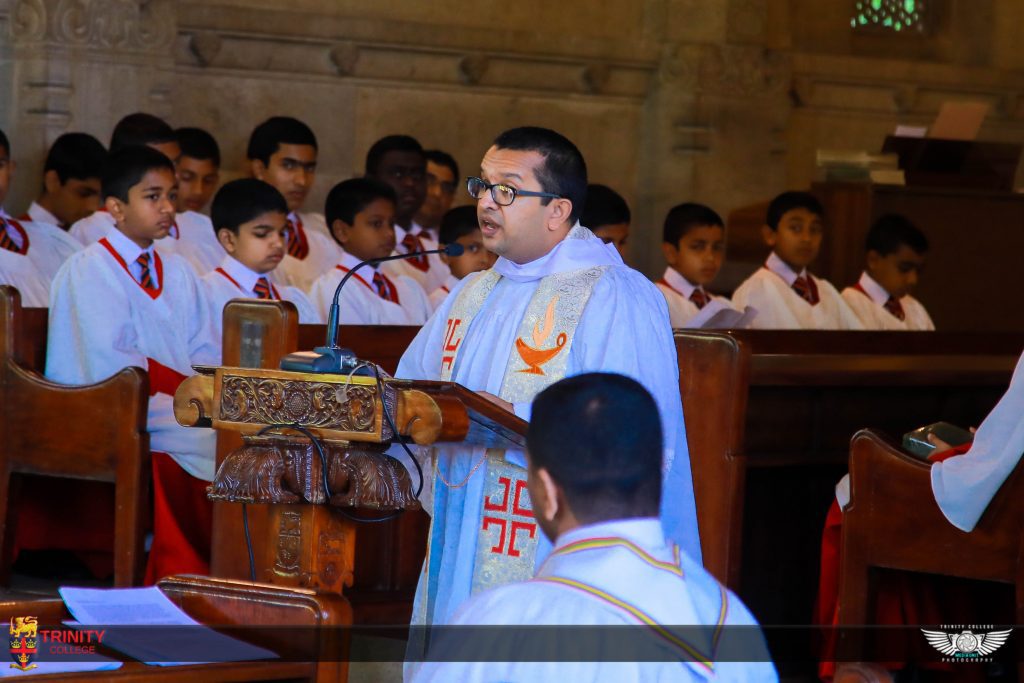 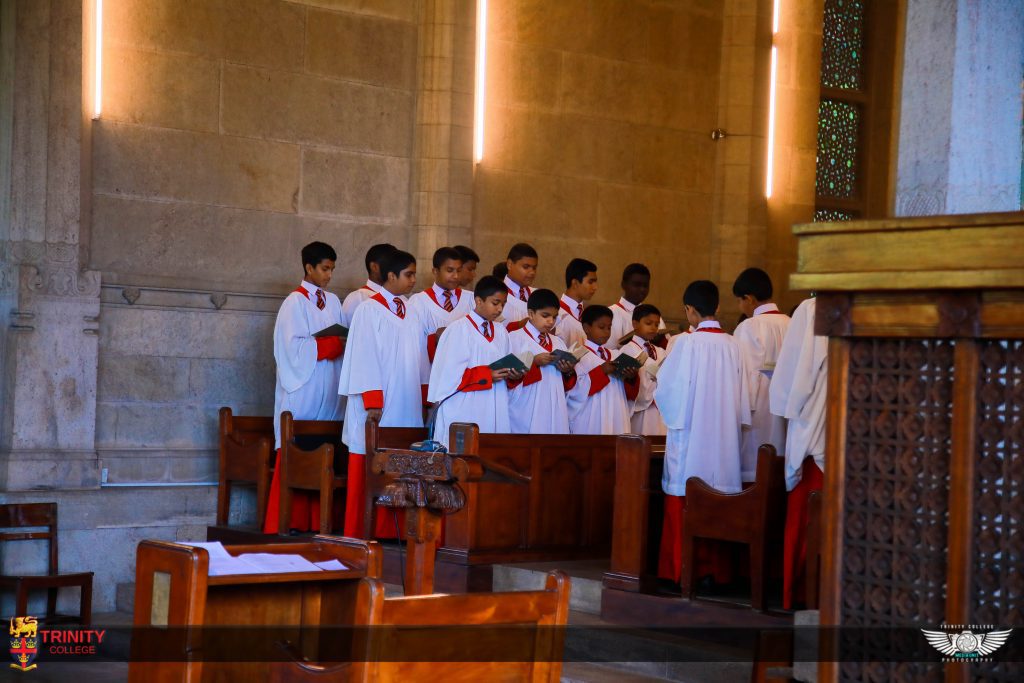 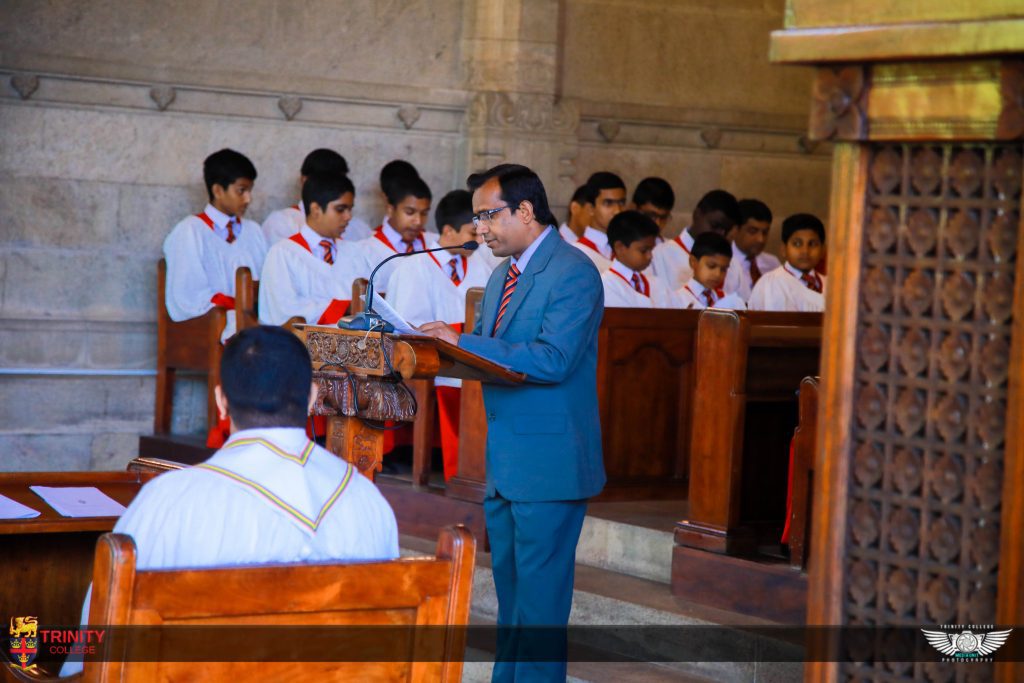 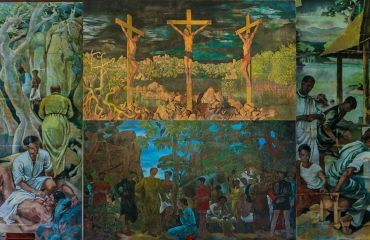 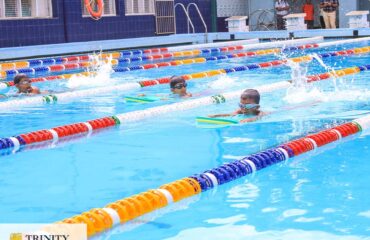 Kindergarten Swimming Meet in full flow after a long break 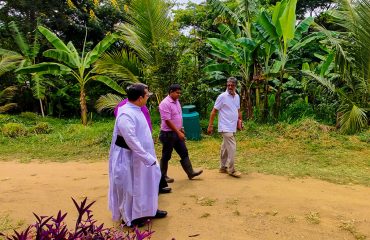 A site visit to the College Farm