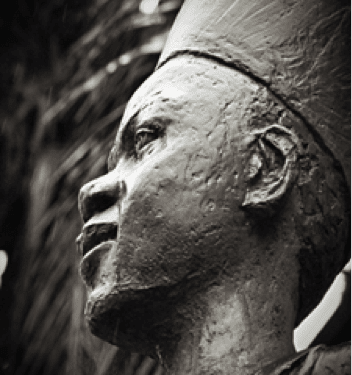 In 1915, two brothers from the Kingdom of Buganda were admitted to Trinity. They were Ernest Mikaeri Kagwa (aka Ernest Michael Kagwa Snr.) and Ernest Serebe Kagwa. Both Michael and Serebe played Rugger for Trinity in 1918, under the captaincy of Maung Maung Gyi from Burma. The School Magazine of 1918 had this to say about Michael’s abilities with the oval ball: “Like his brother he has improved much; plays a fast dashing game; and collars very well.” Michael also represented the school in Athletics, Boxing, and the Shooting 8.

Michael and Serebe were sons of Sir Apollo Kagwa, the legendary African leader who was Katikiro (Prime Minister) and Chief Regent of Buganda in the late 19th century, and the first African to be knighted. Michael and Serebe were just the first in a long line of Ugandan notables to study at Trinity. Others include Kiweewa (Prince) George William Mawanda Chwa, son of Kabaka (King) Daudi Chwa II, and Serwano Kulubya, who became Buganda’s Treasurer, Deputy Speaker, and Mayor of Kampala. Thus, Trinity was very much a part of the colonial history of Uganda and those who helped shape it.

Michael Kagwa Snr., after returning to Uganda, became one of the founder members of the Uganda National Congress and was among the first three Ugandans to be appointed to the Legislative Council. Like his father, Michael eventually became Prime Minister of Buganda (1945-50) and Regent (1945-48), and was honoured with an OBE in 1949.

Michael is still remembered in Uganda for his request in 1945 to the colonial government to support Uganda’s acquisition of hydro-electric power, piped water and an organised postal system. Long after his death, and as recently as 2001, the Minister of Energy and Mineral Development, praised Michael Kagwa, for having fronted the idea of constructing a hydro-electric power station in Uganda. “The vision of Michael Kawalya Kagwa has brought Uganda to where it is today. It is clear that Kagwa made a prudent request which has generated economic growth in Uganda. 55 years later, Uganda has realised the fruits of Kawalya’s struggles,” said the Minister. Source: New Vision – Uganda, 3 May 2001.

In 2003, a monument (*) was erected on Kampala Road in memory of Michael Kawalya Kagwa. The Speaker of the Ugandan Parliament, during his visit to the monument, praised those who supported the continuation of Kawalya’s legacy. Source: New Vision – Uganda, 4 May 2003. 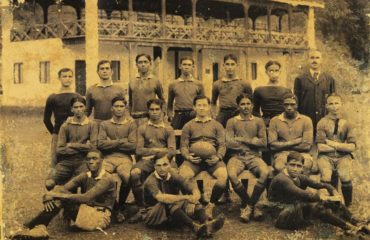 Africa, Trinity and the Kagwas 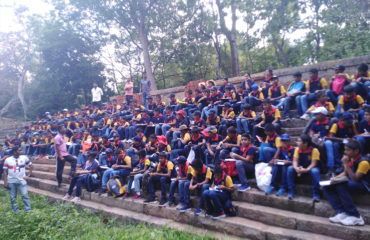