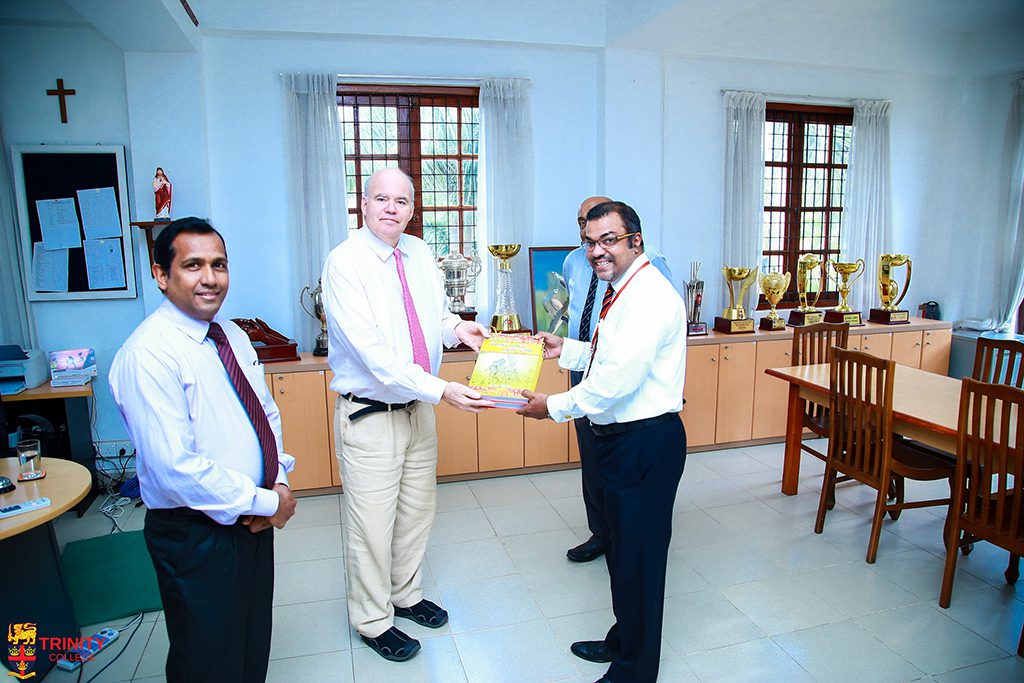 Guns and Men of the Kandyan Era

A book titled “Maha Nuwara Yugaye Apprakata Viththi”, written by fellow Trinitian Chamikara Pilapitiya has been published by Neptune Publications (Private) Limited and is now available for sale in leading bookstores. The book, the title of which translates to “Little Known Facts of the Kandyan Period” is an impressive two-volume publication (“Palawana Veluma” and “Dewana Veluma”) containing over five hundred illustrations. The scope of this book is the unknown history of the Kandyan kingdom and its people from 1400 – 1948AD.

According to the author, the book is the culmination of more than twelve years of research. The research is based on original manuscripts discovered in Sri Lanka and from sources abroad and are considered as the primary sources used in this research. The main focus is on the facts extracted from them.

Some contents in the book would be truly fascinating to readers. Among them are the horoscopes of King Sri Wickrema Rajasinghe, his Queen Rengammal, Ehelepola Kumarihamy, and Veera Puran Appu as well as an eyewitness account of the proceedings during the signing of the kandyan treaty in 1815AD. never being published before.

Also in the publication are details of the history of the Sangakkara family to which Cricketer Kumar Sangakkara belongs. Therefore, without doubt the majority of the general readership ought to find this publication informative and interesting.

The book has an eye witness account of the distinguished old boy of Trinity College, Sir Richard Aluvihare, on his experience during World War I. He was in the fourth line that advanced to the German lines in the battle of the Somme on the 1st of July 1916 commencing at 7.30am.

All his comrades died in the battle that took the lives of one million, while he survived with three bullets wounds. After his return to Ceylon, Sir Richard Aluvihare eventually became the first Ceylonese to become the Inspector General of Police in Sri Lanka (then Ceylon).

The book also contains information of the Dunuwille family, direct descendants of the first and second king of kandy, who donated the land to Trinity College.

There is also a picture of a purpose-built sniper gun of Sri Lankan origin called the “King of All Guns” which is now in a museum in USA. Other illustrations include battle maps and sketches which have not been previously published.

Two such interesting ones are a picture from the Netherlands dating to 1766 of the Kandyan Army on parade, and a map of the City of Kandy drawn by the Dutch during the invasion in 1765.

Taking yet another interesting turn, the book also has a chapter on “Nittevo”- considered as a kind of primitive man or ape believed to have been exterminated by the Veddas about 250 years ago.

Although this is to be considered as an academic or scholarly piece of work, the author has attempted to keep the language simple and easy for the general readership, while maintaining its academic nature.

The final result is a work that is expected to be a reference work that will stimulate interest in this kind of research and will function as a source-book for future researchers. It is also expected that any general reader will find it interesting, stimulating and a pleasure to read.

The author Chamikara Pilapitiya, through his family links, appears to be very well placed to execute this kind of research since a substantial portion of the sources are not accessible without the right credentials. Chamikara, who played for the Trinity College first XV rugby team in 1991, has also been a keen rider and driver in motor sports. He is the current President of the Federation of Motorcycle Sports in Sri Lanka (FMSSL). Chamikara has in the last decade devoted all the time he could spare from his current occupation in the tea trade and family commitments to this research.

The book is packed with such a large amount of researched detail that it would not come as a surprise if this triggers many others to research their own areas of interest keeping this book as a foundation.

This book is the first of a trio written by the author. The other titles expected to follow this publication are “The History of Sri Lankan Firearms” and “The Secret Tunnels of Sri Lanka”.

The author received an award at the Buddhist literary Festival for the book “Maha Nuwara Yugaye Apprakata Viththi” from the All Ceylon Buddhist Congress in September 2019. 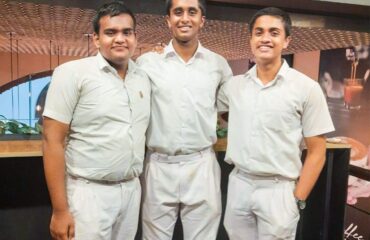 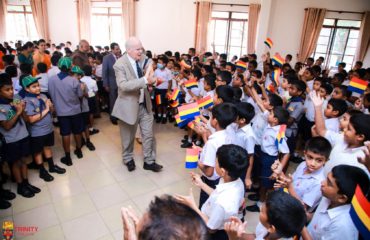 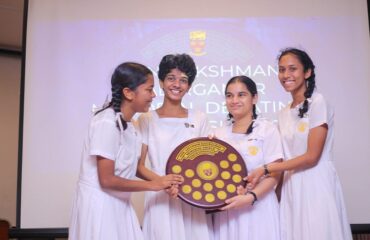