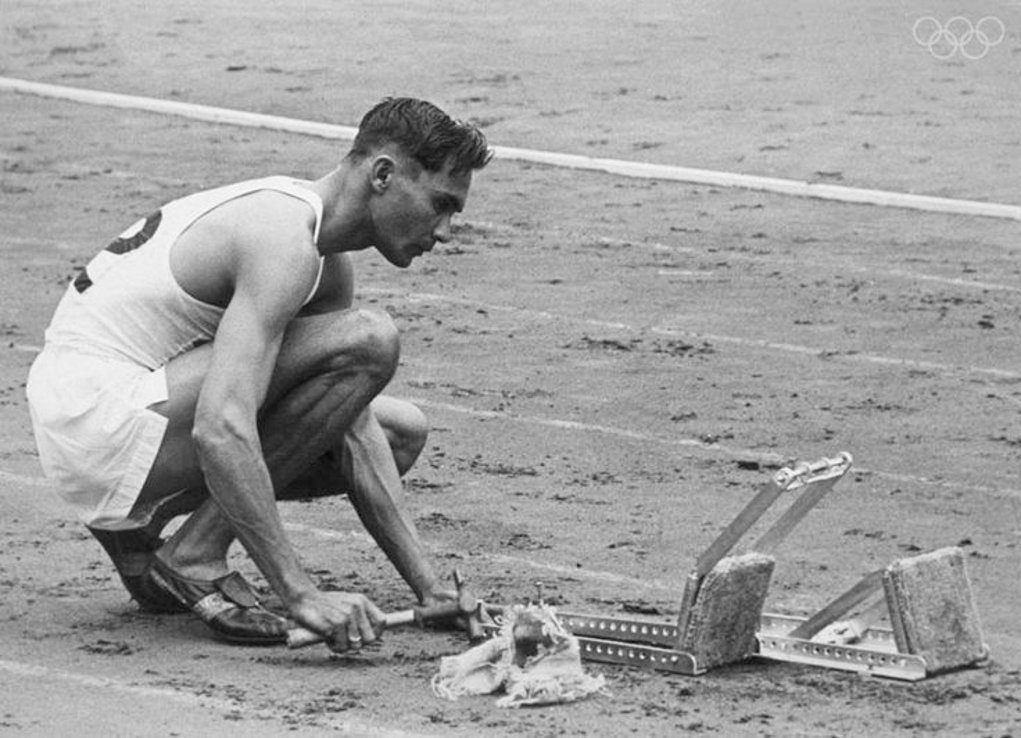 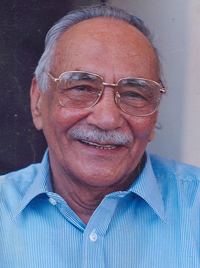 One of the most creditable achievements for Sri Lanka took place more than 70 years ago. Sri Lanka was then famous for Ceylon Tea and was one of the treasured islands of the British colonies.
Springing out of it was Duncan White, a talented and versatile young athlete from Trinity College who is the first Sri Lankan to win an Olympic medal.
This achievement was not equalled by any South Asian athlete in track and field at the Olympics for another 52 years until Susanthika Jayasinghe won a silver medal in the 200 metres in 2000.

Born on 1st of March 1918 in Kalutara,  Duncan White was the second of four children of John Bernard White and Cecilia Hawk White. Hoping to pursue their children’s higher education, the family moved to Kandy, and Duncan, along with two of his brothers, joined Trinity College and the other brother went to Kingswood College.

Duncan’s house was located near Udawatte Kelle forest, about 200m away from Trinity. It is said that Duncan always packed his bag and ran to school after hearing the first bell, at around 7.55am, and he used to take the lead in running.

Duncan was more into sports during his time at school. He played both rugby and boxed, although his coaches Major Harry Hardy and Philip Buljens noted his physical structure would be ideal for athletics. This was the moment when the legend entered athletics. Both the coaches encouraged him to participate in 110 yards hurdles, 220 yards hurdles and long jump.

At the age of 16, he was selected to the College athletic team. He went on to captain the team in 1936 when he was 18 years.

In the same year at the schools’ athletic meet, he was able to create a schools’ and national record in the 220 yards sprint, finishing his run in just 23.3 seconds and surpassing the record of renowned athlete Stanley Livera. At the same meet, he emerged champion in the 20 feet long jump and 110 yards hurdles. He also was a member of the relay team which won the Jefferson trophy.

The highlight of this meet was Trinity College winning her maiden Tarbet trophy as the overall champions. For his performances at the event, he was awarded the coveted ‘Lion’ in the year 1937. This was even before gaining his school ‘colours’ for the record breaking performances at the Public Schools Championships. However, it is said that his Lion was later confiscated on disciplinary grounds.

In the 1937 National Athletic meet, he was first in the 440 yards hurdles, creating a national record by finishing in 52 seconds. In the same year, he broke his own record in the 440 yards hurdles finishing in just 50.4 seconds. Finally, that year and while still at college, Duncan was selected to represent the country at an international athletic meet – the 400m hurdles at the Empire Games in Sydney, Australia.

It was also in 1937 that Duncan left Trinity College.

Duncan’s spectacular career was not all plain sailing. He faced several hardships, for example, the injury during the 1938 Sydney Empire Games while participating in the 110m hurdles. He was placed third in the heats but unfortunately, he could not make it to the semi-finals because of a hamstring injury.

“Failures are pillars of success” and it was so to Duncan as well. He turned all the unpleasant experiences that he confronted in Sydney to chart his path towards victory. 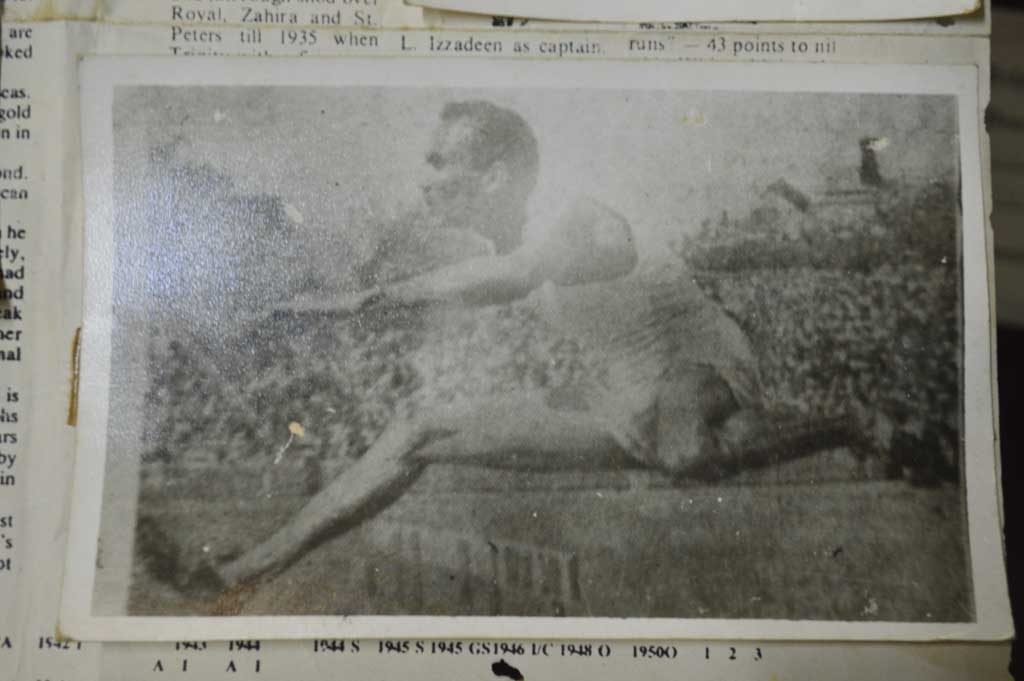 As a result of all these performances leading up to the Olympics, in 1948, Duncan was selected to the Olympic squad as the captain of the Sri Lankan team. 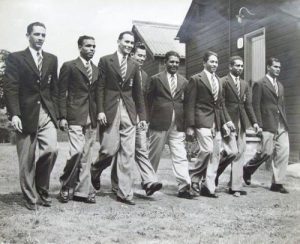 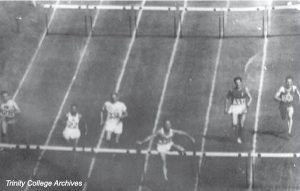 From the Trinity College Archives

The exact day was 31st July 1948. It is said that he performed very well in the heats and got selected to the final.  He was in the 5th lane and took the lead until the 7th hurdle but he couldn’t maintain the lead and came in second, just 0.7 seconds behind United State’s Roy Cochran, with the timing of 51.8 seconds.

It is said that Duncan just trained for just 3 months but Cochran practised for almost 4 years. 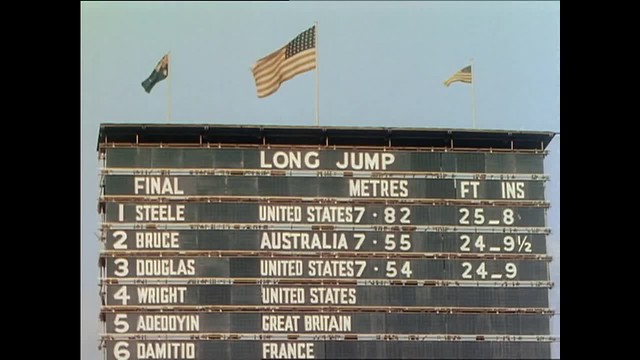 All Sri Lankans were delighted on hearing on the radio that he had won a silver medal, and there was a grand welcome.  The Sri Lankan media praised his victory, with news papers stating: 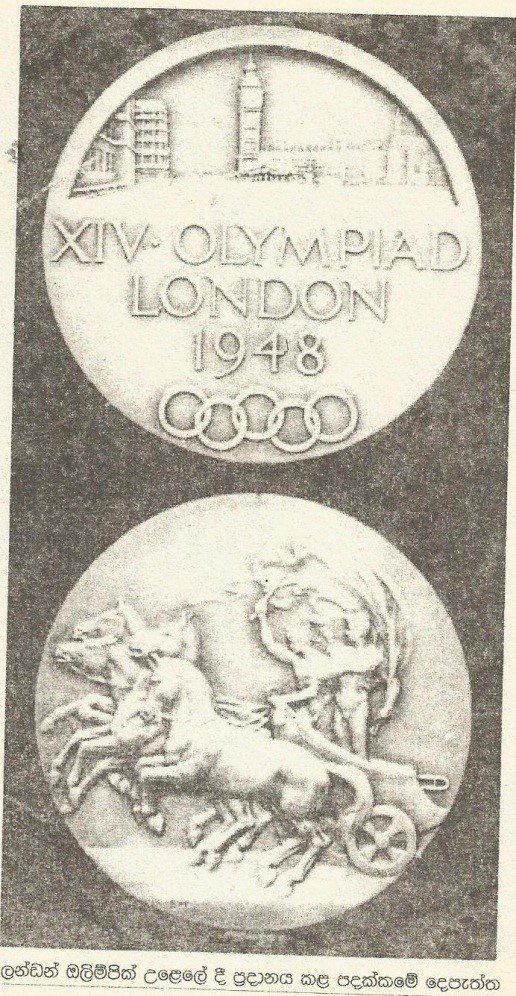 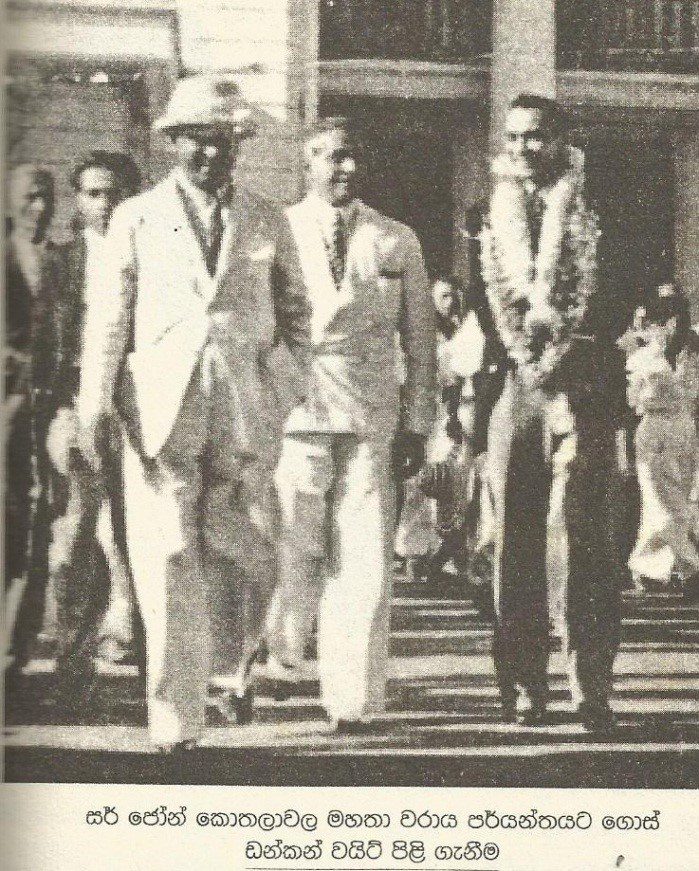 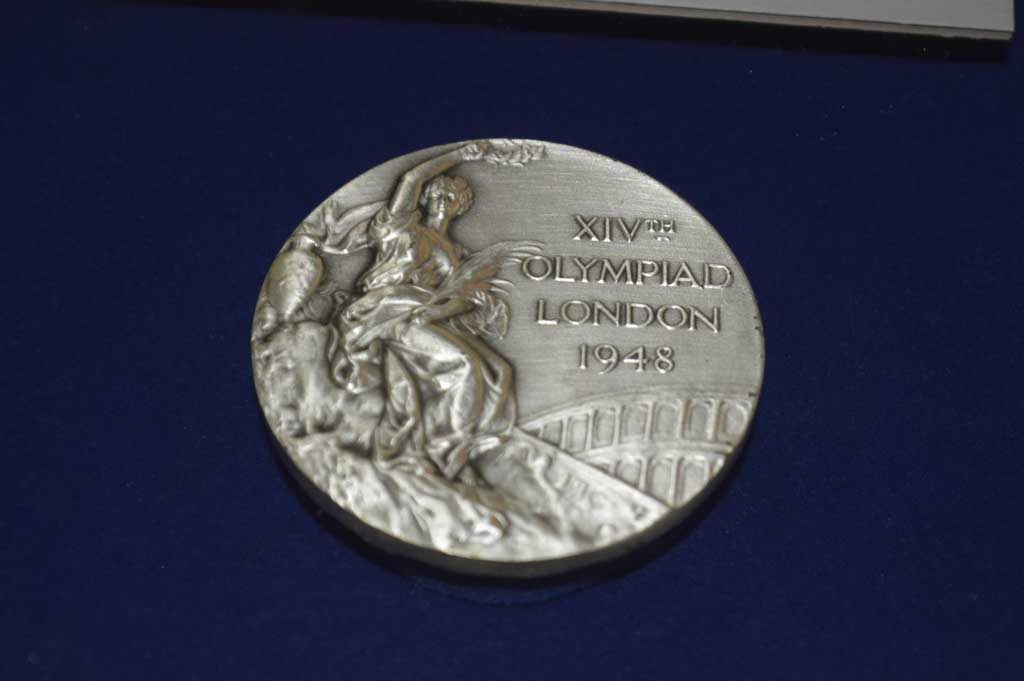 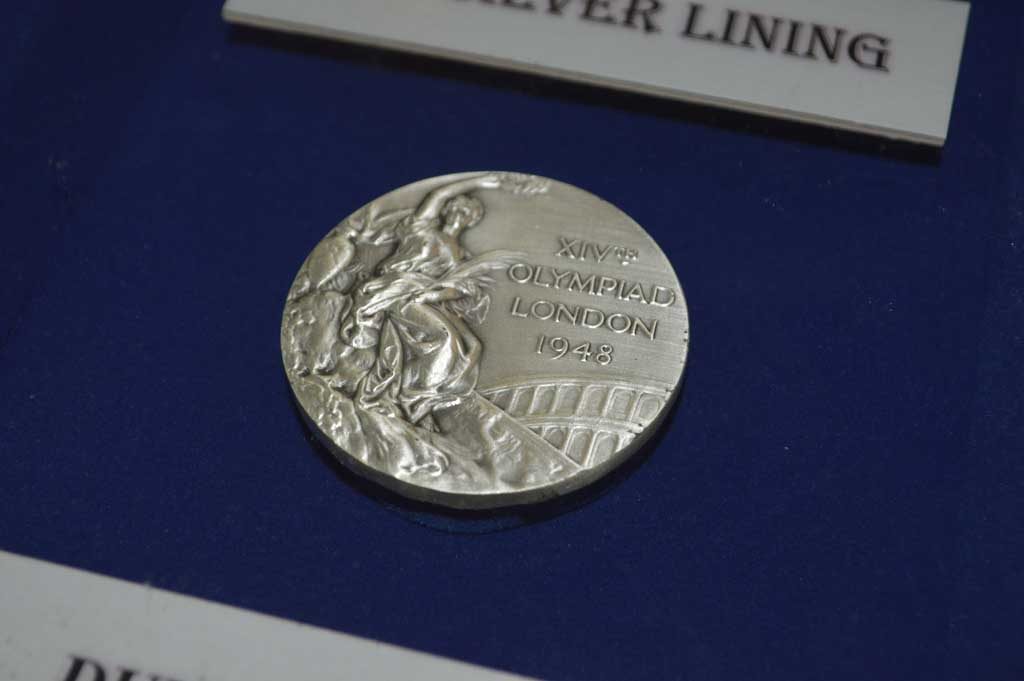 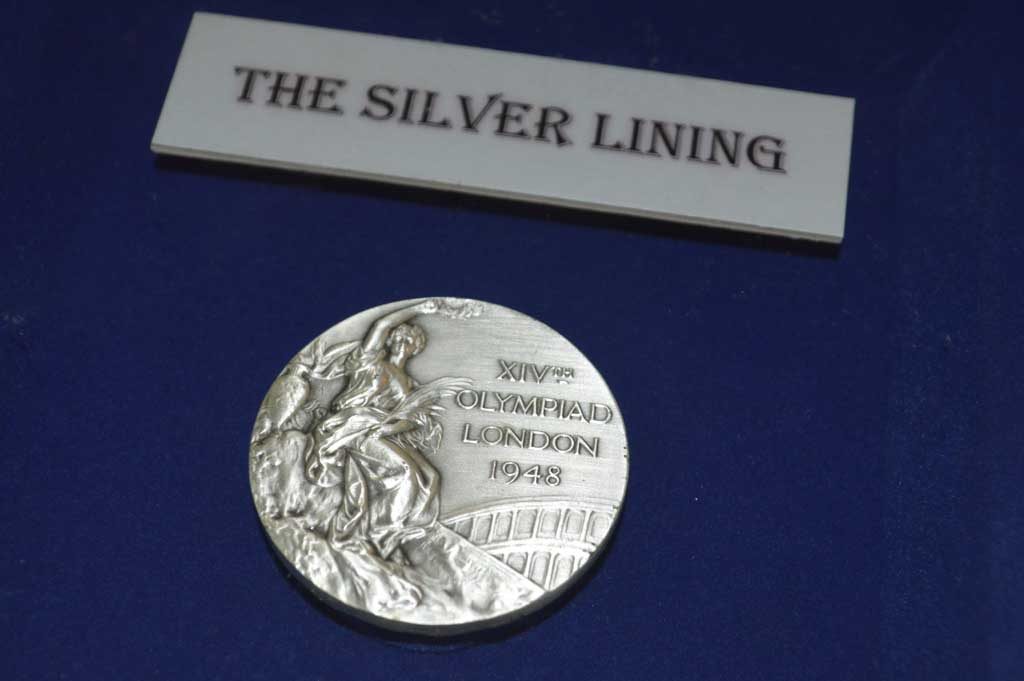 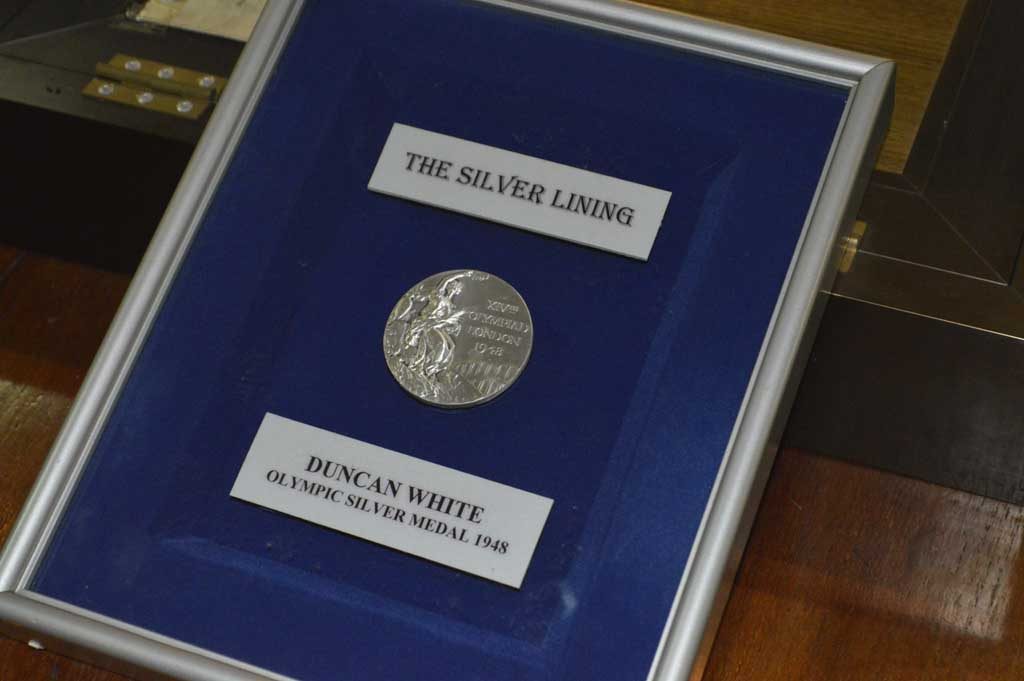 Another magnificent and memorable event for Duncan was the re-awarding of his  Trinity ‘Lion’ for athletics soon after the Olympic victory in 1948. A grand procession was organized through the  Kandy town and culminated in a welcome ceremony at the Trinity College Hall where the whole school assembled to honour him.

Though Duncan left school without a ‘Lion’ but the magnanimous gesture of the then Principal, C.E. Simithraaratchy, saw Duncan regain it. Furthermore, Hon. Lakshman Kadirgamar has stated that he remembered Duncan White coming for a felicitation ceremony to College in 1949, and when the Principal gave him back the Lion, tears came to his eyes and he had said “My victory at Olympics is prestigious, the Lion makes me feel more honoured than that.”

In 1949 Trinity College introduced the ‘Duncan White trophy‘ and its first winner was one of the most respected personalities in Sri Lankan politics, the late Hon. Lakshman Kadirgamar.

The silver Olympic medal was donated to the College Archives in August 1999.

Duncan White at the Loughborough University

After the Olympic win,  Education Department of Ceylon awarded Duncan with a scholarship to study physical education at Loughborough University, United Kingdom.

Due to his excellence in athletics, he was appointed as the captain of the Loughborough University athletic team in 1949 and 1950. At the university sports meet, he won 5 events and won the Victor Ludoram trophy. Duncan placed first in the  220 yards sprint finishing his run in 22.5 seconds, recording the best timing after 30 years.

While at university he participated in the British Empire Games held in Auckland, New Zealand. Duncan was placed 3rd in the semi-finals, and in the final he won the 440 yards hurdles, finishing his run in just 52.5 seconds.

He was appointed a Member of the Order of the British Empire (MBE) and awarded the Helms World Trophy as the “Most Outstanding Athlete” in Asia.

In 1951 he came back to the country after successfully finishing his diploma in physical education. He was appointed as the Head Coach of the National schools’ athletic team. In 1952 Duncan married Angela (nee Siebel) and they had six children.

Duncan White with his wife, daughter and grand daughter 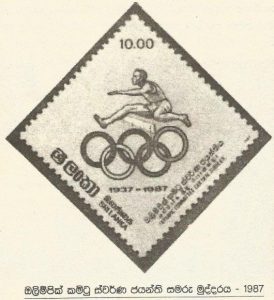 Many years later, in 1988, the Sri Lanka government honoured Duncan White with a special issue of a postage stamp, to commemorate his splendid achievement.

In 1998, Hon. Lakshman Kadirgamar, when he was the Foreign Minister, initiated to award Duncan White a Deshmanya honour, making the request to the President at that time, Hon. Mrs Chandrika Banadaranayake.

On 1st March 1990, Duncan’s 72nd birthday, a wonderful gesture was made by the Sri Lanka sport societies when the former brilliant Rugby player Kavan Rambukwelle initiated the Duncan White Sports Foundation with the sole purpose of identifying, assisting and recognizing the achievements of athletes in Sri Lanka.

Duncan passed away at the age of 80 on 3rd July 1998 in Nuneaton, Warwickshire, Great Britain.

“White’s sporting career was not a bed of roses, at one point he was struggling even to buy a proper pair of spikes, but his strong desire to win bought him up to where he was.’’

“Late Duncan White is an exceptional athlete from Trinity, his sheer dedication made him to win the only Olympic medal for Sri Lanka. He was a great patriot and a perfect role model for young sportsmen.”

Almost 71 years have passed after Duncan White’s achievement but his legacy remains as strong as ever. This is because he never gave up. For all those who take part in sports he is one of the greatest examples to follow, and he proved that “if one has dedication and determination in achieving the targets, whatever obstacles you face still you can achieve it.” 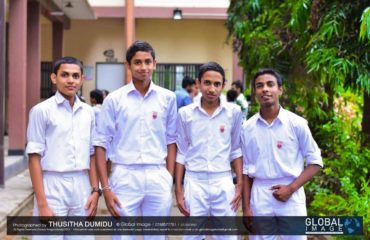 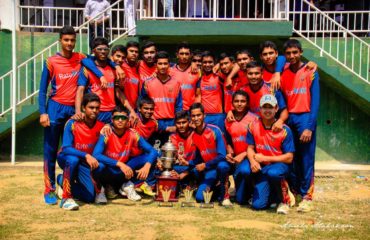